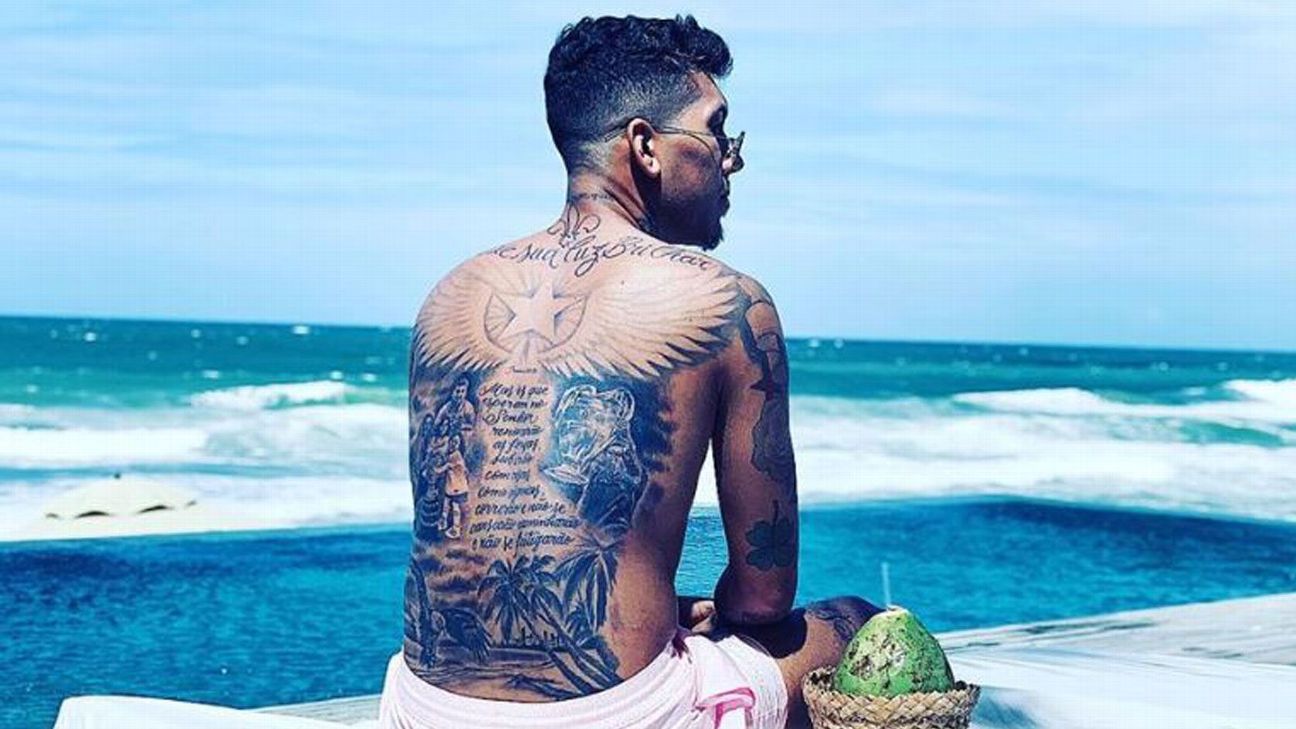 Whenever you hear the name Roberto Firmino, what are the first phrases that come to mind? If the answer is anything other than “incredible tattoos” and “no-look finish,” then you’re kidding yourself.

Well, the forward has combined both of those trademark characteristics in order to celebrate his amazing success this summer for both club and country.

In a post on Instagram, Firmino has unveiled a huge new tattoo across his entire back featuring images of him and his family with the Copa America he won with Brazil and of himself holding aloft the Champions League trophy he won with Liverpool.

And just to complete the effect of the unveiling during a spot of preseason R and R at the Brazilian resort of Kenoa, Firmino gives a no-look pose in the picture.

Firmino is one of world’s football’s leading lights when it comes to tattoos, but there are plenty of other stars who (for better or worse) are big on their body art…

Messi and his kids having a run at it with their dog Hulk 😂 (via @OTRO) pic.twitter.com/h4DPESjaux

Lionel Messi may only now be ending his break as he prepares to join Barcelona for their preseason tour of the United States, but he has still been playing plenty of football over the summer.

Earlier this month he enjoyed a kickabout on an Antigua beach with his family and a young British holidaymaker. Now he is been filmed enjoying a rondo in the garden with his two sons, Thiago and Matteo, and their huge dog Hulk doing all the chasing in the middle of the circle.

As you can see in the clip, Hulk is a dogged (sorry) competitor with a tireless work ethic, and he manages to make plenty of timely tackles and interceptions.

No wonder Messi and so many of his fellow stars love their pet dogs so much.