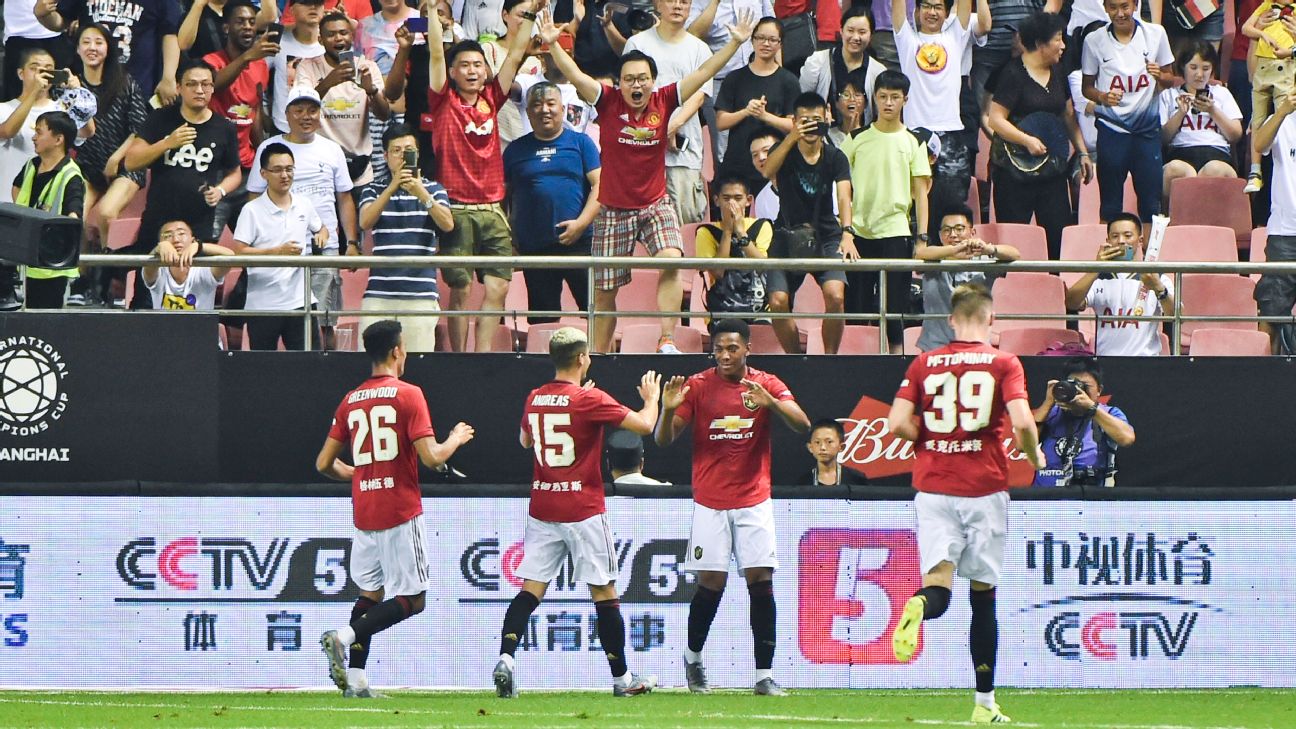 Manchester United are back home after a gruelling preseason tour to Australia and the Far East, but what did we learn from it?

Ole Gunnar Solskjaer’s team ended their summer tour with a 2-1 victory over Tottenham in Shanghai on Thursday after wins over Perth Glory, Leeds United and Inter Milan. The United boss has just two weeks and two games — against Kristiansund in Oslo and AC Milan in Cardiff — to finalise his plans for the opening game of the Premier League season against Chelsea at Old Trafford on Aug. 11.

Solskjaer has dropped a few hints about how his new United might look next season, so here’s a look at some of the key talking points from the summer.

One or two more signings needed

Solskjaer has not been shy about saying he still wants more players but there are unlikely to be wholesale changes.

The phase the manager has used to answer almost every transfer question during the tour has been: “We’re working on one or two things we think could improve us.”

The situation is complicated by Romelu Lukaku, and Inter Milan’s reluctance to meet United’s £80m asking price. If the striker goes, Solskjaer will be short of goals up front and he’s hinted the club may have to act quickly to bring in a replacement. Juventus’ Pablo Dybala, Inter Milan’s Mauro Icardi, Lyon’s Moussa Dembele and Arsenal’s Pierre-Emerick Aubameyang have been linked.

Martial used down the middle

Anthony Martial started his United career under Louis van Gaal as a central striker but has spent most of the last three seasons on the left wing. The assumption heading into this summer was that Marcus Rashford would be Solskjaer’s first-choice centre forward but during the tour it was often Martial used down the middle.

It makes sense to put the Frenchman in more goal-scoring positions because he’s the most natural finisher at Old Trafford, while Rashford has more of the defensive discipline to play out wide.

James was thrown straight in

Daniel James, the £15 million summer signing from Swansea, has never played a Premier League game before but there has been nothing on tour to suggest Solskjaer wants to ease the winger in gently next season.

James played a lot of minutes this summer — on both the left and the right — and he hasn’t looked out of his depth.

At 21, there’s plenty of time to improve areas like his finishing but his pace is frightening. One 40-yard sprint during the 4-0 win over Leeds would not have looked out of place in a 100 metre Olympic final. It shouldn’t be a surprise to see him start the first game of the season against Chelsea.

Jesse Lingard had a difficult summer after a holiday video posted on Instagram caused some unwanted attention. Reports from United’s camp suggest he’s been keen to keep his head down during the tour — he hasn’t spoken to any media outlet — but he’s been one of the stars in training.

Solskjaer has worked the players hard and it’s been Lingard who has topped all the stats. The Norwegian wants his team to press and put pressure on the ball and Lingard is key to that.

This season, it’s likely he will play at the top of United’s midfield and will have a lot of responsibility both going forward and when United don’t have the ball.

Greenwood will be a regular in the squad

Of the youngsters Solskjaer brought on tour, Mason Greenwood is the one who has made the biggest impression.

Still only 17, he scored his first two senior goals, including a fantastic strike against Inter Milan, and Solskjaer has said Greenwood could start against Chelsea.

That’s probably a step too far, but he’s likely to be in the squad and if he keeps scoring goals it will be very difficult to keep him out of the team.

Sources: Bid to be submitted for NWSL’s Thorns
WC pitch protester released without charge
Adams: US match with Dutch ‘huge opportunity’
Giroud makes history, Mbappe stuns as France advance, but will injuries cost them the trophy?
Saliba: I hope Brazil are KO’d as soon as possible