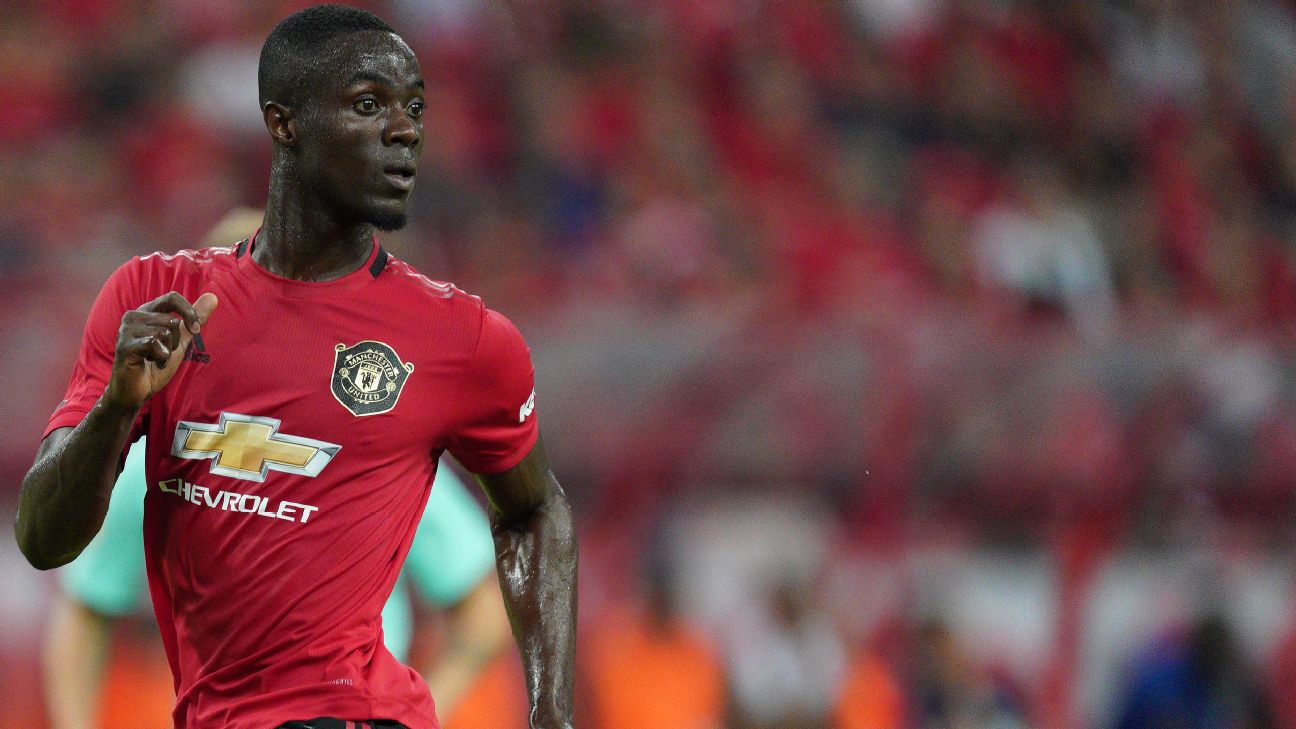 Eric Bailly will miss the start of the Premier League season after suffering a meniscus injury that will sideline the Manchester United defender for at least six weeks, according to ESPN FC sources.

The Ivory Coast international, who missed the Africa Cup of Nations this summer with a knee injury sustained at the end of last season, suffered his latest setback during United’s International Champions Cup clash with Tottenham in Shanghai on Thursday.

Bailly left the stadium on crutches and immediately flew back to Manchester with the rest of Ole Gunnar Solskjaer’s squad before undergoing a scan on Friday.

The results have highlighted the need for minor surgery, but the former Villarreal defender has been told to expect between 6-8 weeks on the sidelines.

United were in the market for a new centre-half prior to Bailly’s injury, with efforts ongoing to sign Leicester’s Harry Maguire.

The loss of Bailly is now likely to see United step up their attempts to find defensive reinforcements.

Everything you need to know about Goncalo Ramos, the man who replaced Ronaldo and Nunez
Follow live: Morocco looks to secure their first-ever quarter-final appearence as they take on Spain in round-of-16 match
Ronaldo exit threat rumours false – Portugal FA
Germany stick with coach Flick despite WC failure
Neymar set to return for Brazil against S. Korea