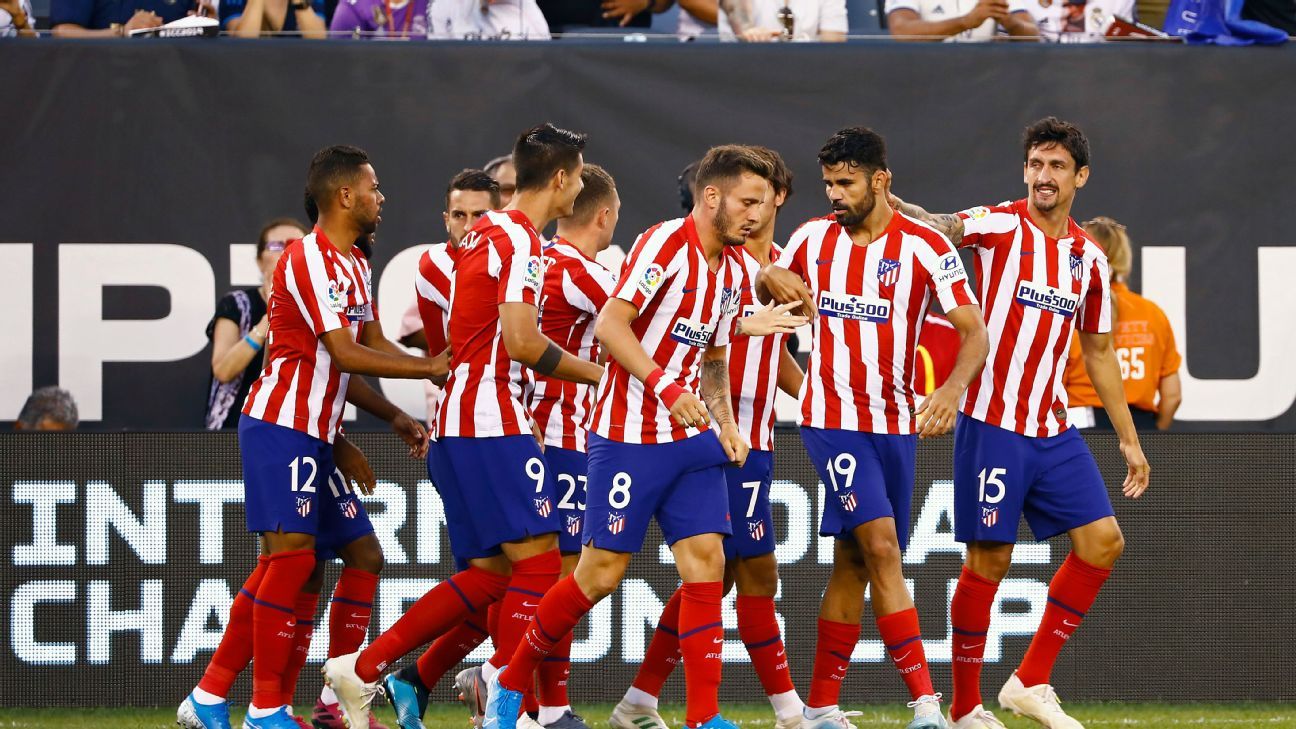 Diego Costa scored four goals as Real Madrid were embarrassed 7-3 by rivals Atletico Madrid in the final match of their United States tour in New Jersey on Friday.

Real fielded a strong side once again, with new signings Eden Hazard and Luka Jovic starting up front and Gareth Bale again on the bench, but were 5-0 down at the end of a shambolic first half.

“We began the game very poorly,” Real Madrid manager Zinedine Zidane said after the match. “It was a high-level match, we began poorly.

“They scored seven goals on us, that cannot happen. The players know this, they’re disappointed. But they can’t dwell on it either. It is a preseason match and we need to turn the page quickly.

“We played a friendly and they did not.”

Atletico fielded a host of new arrivals, including club record signing Joao Felix, who immediately caught Real cold on the counter before playing Costa in for his opening goal in the first minute.

The €120 million ($133 million) signing Felix got among the goals himself seven minutes later before Angel Correa, an early substitute for the injured Alvaro Morata, shocked Real with a third in the 19th minute.

Saul Niguez capitalised on more slack defending from Real to thread through to Costa who fired in the fourth with just 28 minutes on the clock.

Costa capped a disastrous half for Real in stoppage time, winning a penalty before converting from the spot.

The punishment did not stop after the break, as Felix again fed Costa six minutes into the second half before Nacho pulled one back for Real near the hour-mark.

The Costa onslaught ended abruptly, with he and Real’s Dani Carvajal both red-carded for fighting, adding further drama to an incredible friendly.

“We prepared well for the match, we understand that we do damage to a rival and we had a great game,” Atletico boss Diego Simeone said. “We found good spots to get out quickly and with precision. It’s important the precision in football and every time we had a chance to score we could.

“We saw a great atmosphere, with the crowd in the stadium, and the truth is that it was a great night.”

Vitolo added a fine seventh for Atletico, before Karim Benzema and Javi Hernandez scored late for Real to avoid what would have been the side’s biggest defeat to their city rivals in a competitive match.

Humbled Real head home with no wins from their three games in the U.S.