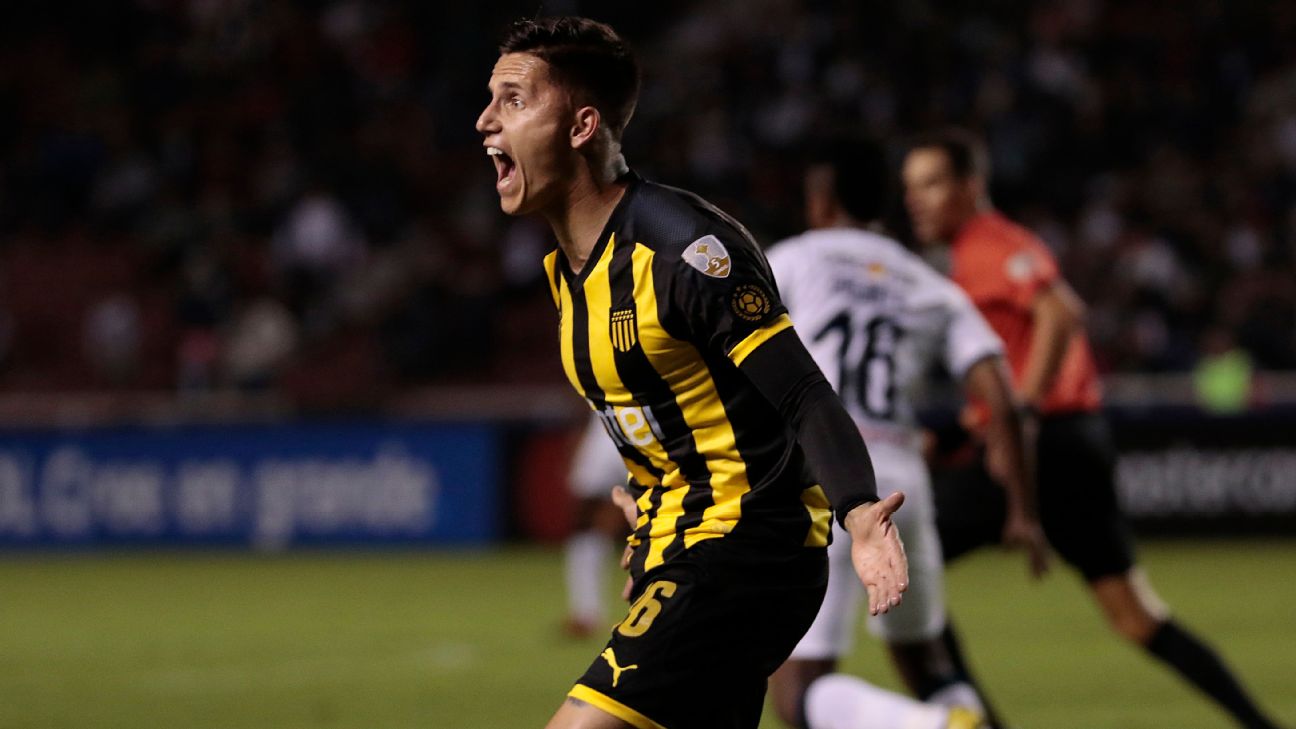 LAFC is closing in on the signing of Penarol midfielder Brian Rodriguez, sources have confirmed to ESPN FC.

Reports in South America suggest that Penarol would not let Rodriguez go for less than $11.5 million, though it remains to be seen if the final number will be that high if and when the deal gets finalized.

As a mid-season Young Designated Player acquisition, Rodriguez’s cap hit would be $150,000.

One source told ESPN FC that LAFC EVP of Soccer Operations John Thorrington is on his way back from South America and the hope is that the deal will be finalized next week.

Rodriguez, 19, is in his second season with Penarol, having made 18 league and cup appearances in 2019, scoring two goals. He also scored two goals in four matches for Uruguay at the recently concluded FIFA Under-20 World Cup.

The possible acquisition of Rodriguez comes less than two months after LAFC sold Andre Horta to Portuguese side SC Braga, opening up a Designated Player spot on the team’s roster.

The move would add to an already potent front line for LAFC that includes MVP candidate Carlos Vela and Rodriguez’s compatriot Diego Rossi, himself a former Penarol player.