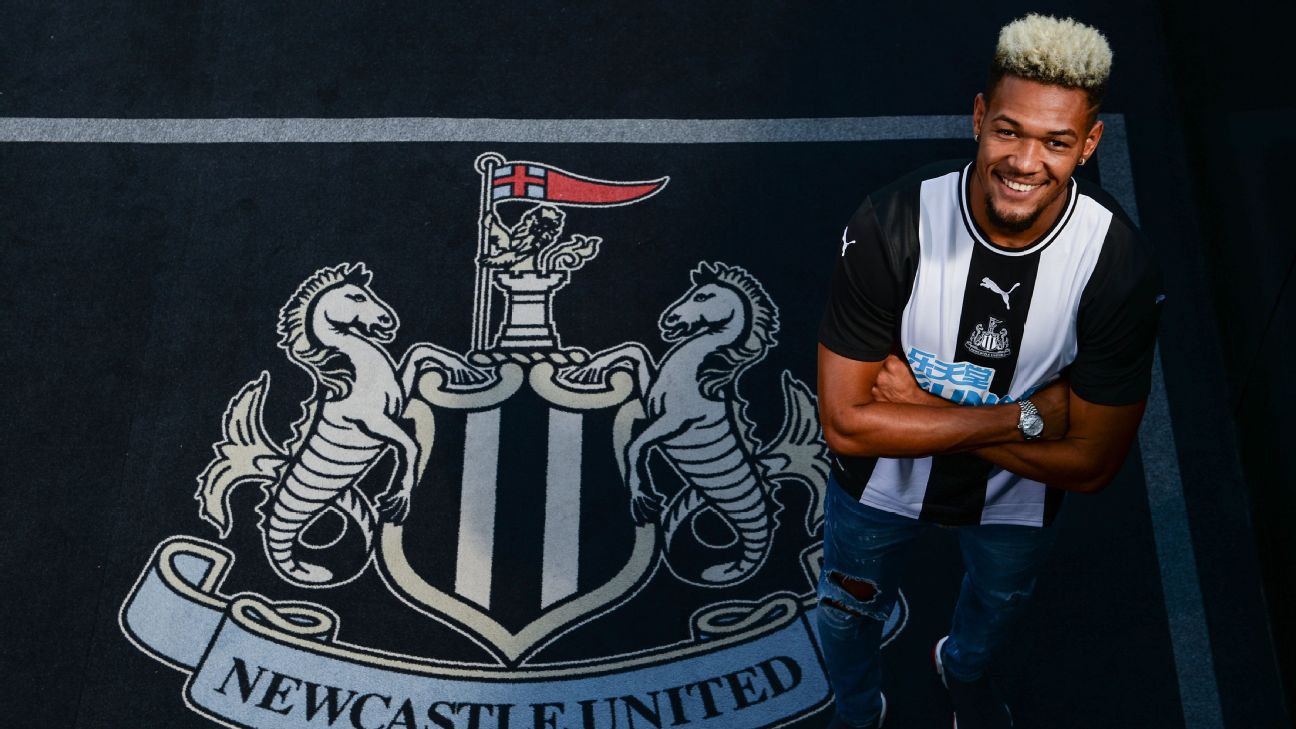 Newcastle United have signed Brazilian forward Joelinton from Bundesliga side Hoffenheim on a six-year deal for a club record fee, the Premier League team announced on Tuesday.

No financial details were disclosed but British media put the fee in the region of £40 million ($49.76 million).

The 22-year-old Joelinton is the club’s first signing of the transfer window and the first under new manager Steve Bruce, who replaced the departed Rafa Benitez this month.

Spaniard Benitez left when his contract expired at the end of June, saying those at the top of the north-east club did not share his vision.

“I know it’s a large investment that the club has made in me, and that comes with a huge responsibility,” Joelinton was quoted as saying on the club website. “I’m highly motivated and hope to give back on the pitch.”

We are delighted to welcome our new club record signing – Joelinton!

Newcastle’s previous record transfer fee was the £20 million they spent on Paraguay playmaker Miguel Almiron from MLS side Atlanta United in January.

Joelinton will have the No. 9 shirt, which has been worn by some of the club’s top strikers including all-time top scorer Alan Shearer and which was recently vacated by departed Venezuelan Salomon Rondon.

Joelinton moved to the Bundesliga from Recife in June 2015 and then joined Rapid Vienna on loan for two years, scoring 21 goals in 79 appearances.

He returned to help Hoffenheim finish ninth in the Bundesliga last season, scoring 11 goals in 35 games.

“The kid’s got an exciting time ahead of him,” said Bruce. “He’s a smashing young player and we’re obviously delighted to get him. It’s been going on for a little bit now, so to get him is great for everybody.

“He’s got everything that a modern-day player wants. He’s big, strong and athletic, and of course he’s got age on his side too which is vitally important.

“I’m sure he will be a big, big favourite of the supporters. He’s got an incredible work-rate about him, he’s got a really good humility about him, and all the attributes a top striker needs.”

Newcastle, who finished 13th last season, begin the Premier League campaign with a home game against Arsenal on Aug. 11.