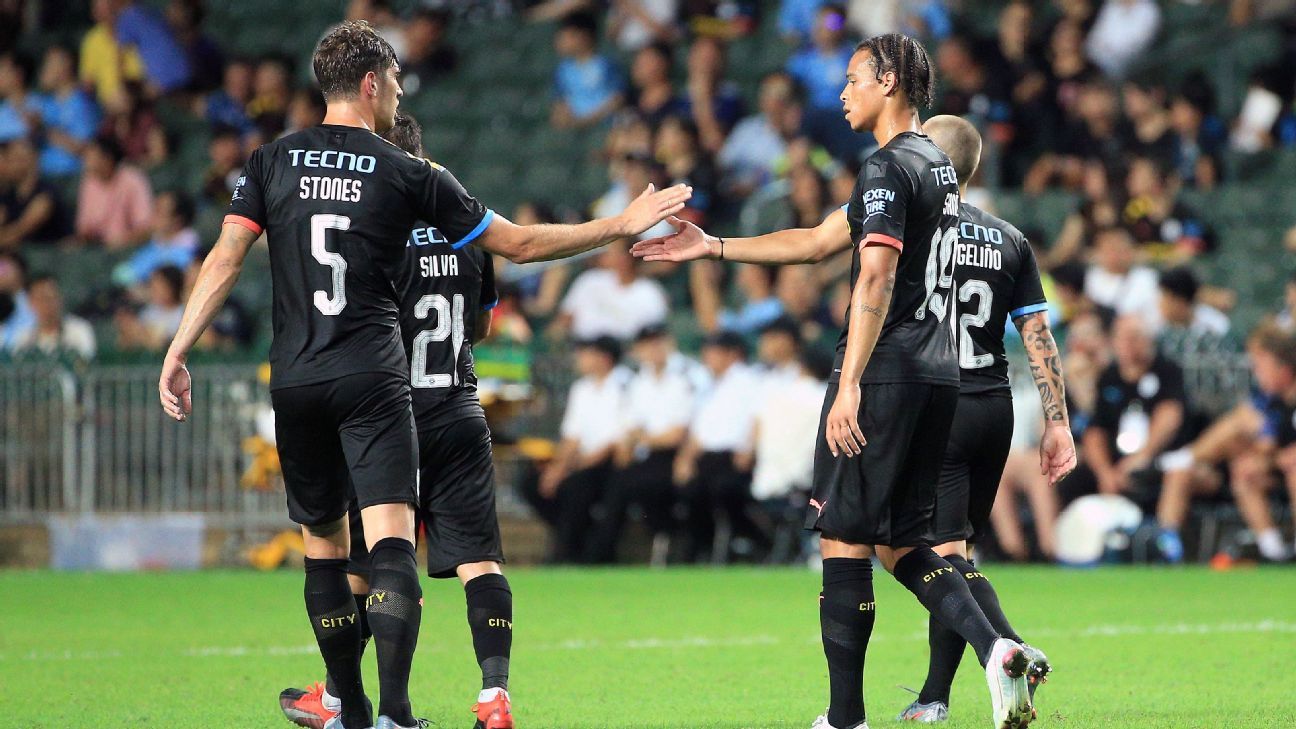 City, playing the third game of their preseason tour of the Far East, were forced to overcome stifling humidity in the Hong Kong Stadium to defeat their local opponents.

And it was Sane who made the biggest impact, with the unsettled German winger scoring either side of half-time for Pep Guardiola’s team, following goals from David Silva and Raheem Sterling.

Sane’s future at the Etihad remains uncertain with Bayern Munich keen to sign the Germany winger.

Guardiola admitted last week that he would not stand in Sane’s way if the player admitted who was unhappy at City. But despite the speculation over his future, Sane stood out alongside Sterling, who made one and scored another, in City’s victory.

Nabil Touaizi, a late City substitute, made it 5-0 on 80 minutes before Law Tsz Chun pulled one back for Kitchee five minutes later.

City fly to Tokyo on Thursday for the final game of their tour against Yokohama on Saturday.

Ronaldo’s latest row with his coach is nothing new; he has a long history of them
Argentina beat Netherlands on pens in WC thriller
Off the bench, Ronaldo can help Portugal in a way he refused to at Manchester United
No Ronaldo, no problem: Replacement Ramos hat-trick lifts Portugal into quarterfinals
Magnificent Morocco send Spain packing to reach first World Cup quarterfinal