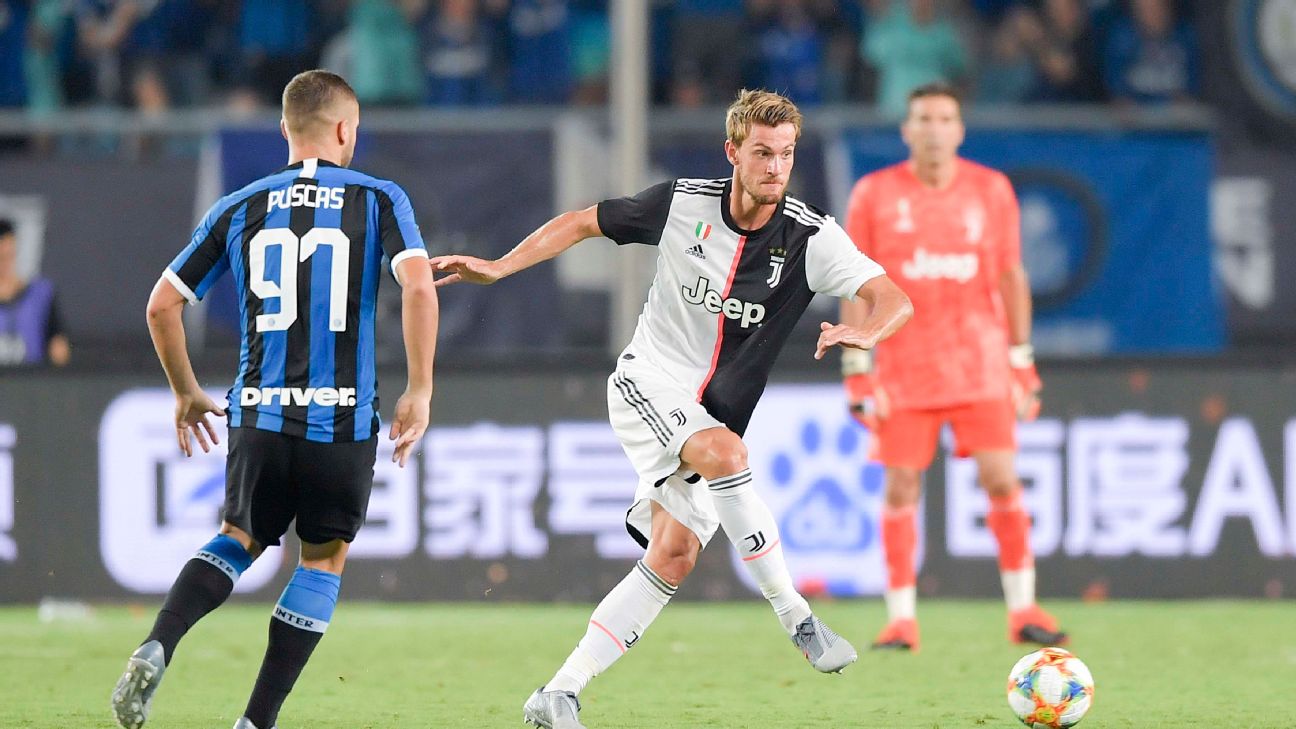 Unai Emery is interested in making Juventus defender Daniele Rugani his latest Arsenal acquisition, according to reports at Calciomercato.

The 24-year-old made just 15 appearances for the Serie A champions last season, and is set for another campaign on the fringes of the starting lineup following his side’s signing of Ajax defender Matthijs de Ligt, and the Gunners are now believed to have joined Serie A giants Roma and AC Milan in registering their interest in the player.

However, the Italian publication claims that Arsenal’s attempts to sign the Italy international could be scuppered by the sizeable fee Juventus are asking for: around €40 million.

News of Juve’s asking price has reportedly raised eyebrows at the Emirates Stadium, where they have just spend €30m on William Saliba, but it is reported they will return in a matter of days with a proposal of their own.

Atletico club sources said that personal terms have been agreed with James, who has returned to Madrid following two years on loan at Bayern Munich. But the two clubs have yet to agree a fee for a player who has had a mixed time since moving to the Bernabeu for €80m following an outstanding World Cup finals with Colombia back in 2014.

“I know that Atletico fans and some players also would like James to bring us his extra quality,” Gil Marin told ESPNdeportes ahead of Friday’s ‘derbi‘ International Champions Cup game in New York. “Our coach likes him. I know James does not want to stay at Real Madrid. I know Real Madrid don’t want him to stay. But many things need to happen for it to be possible. A lot depends on the Real Madrid president.”

Napoli coach Carlo Ancelotti is also interested in signing the 28-year-old, although club president Aurelio De Laurentiis has said that Madrid are “looking for too much money.” On Thursday, sources close to the player denied to ESPN FC media reports that his agent Jorge Mendes was in Naples to close negotiations there.

Manchester United remain firmly in the hunt for Lille winger Nicolas Pepe — despite news that the Ivorian’s agent met with Napoli chiefs to thrash out a deal, according to Sky Italia journalist Gianluca di Marzio.

Reports published in The Mirror claim that Pepe’s wage demands proved to be a sticking point in negotiations between the Serie A runners-up and Pepe’s agent Samir Khiat — something that would be unlikely to trouble global powerhouse United.

The player himself also has doubts over whether Napoli are the right club for him, despite manager Carlo Ancelotti speaking in the week about the clear vacancy in his side for an attacker like Pepe.

A move to Old Trafford still appears to be way off, however, with Khiat pouring cold water on claims that his client was set for a move to Ole Gunner Solskjaer’s side on social media.

— Rumour Rater: Bale to China? Alves to Man City?
– When does the transfer window close?
– All major completed transfer deals

Inter Milan midfielder Radja Nainggolan is an unwanted man at the San Siro, and Calciomercato claims that the Belgian could be set for a surprise return to former side Cagliari.

The 31-year-old spent four years at the Sardinian club at the start of the decade, before going on to have spells at Roma and now Inter, but with the often controversial midfielder now believed to be out of favour with new Nerazzurri boss Antonio Conte, the door has opened for a return to his first Serie A club.

A permanent transfer is believed to be off the table for now, with Cagliari struggling to gather the funds required to seal a deal, but a loan move is believed to make financial sense for both sides, with Inter keen to avoid a big Financial Fair Play hit on a player they signed for around €30m just over a year ago.

— Brazilian defender Miranda‘s four-year spell at Inter Milan is heading towards a close, with Calciomercato reporting that the 34-year-old is a transfer target for Chinese Super League side Jiangsu Suning. Monaco are also believed to be in the race for the former Atletico Madrid man.

– Spanish publication Sport claims Rafinha is heading for the exit door at Barcelona, with three European sides vying for the Brazilian’s signature. Fellow La Liga side Valencia, as well as Serie A’s Atalanta and Fiorentina are in the running for the out of favour 26-year-old.

— Reports at Calciomercato claim AC Milan are making progress in their quest to sign Argentinian pair Angel Correa and Matias Zaracho, after the players’ agent arrived in Italy for talks with the Rossoneri. The fee for Atletico Madrid’s Correa is believed to be around €50 million, while Zaracho could depart Racing Club in a deal worth €18m.

Giroud makes history, Mbappe stuns as France advance, but will injuries cost them the trophy?
Messi ‘annoyed’ by pen miss despite Argentina win
England beat Senegal to set up clash with France
Rice: Other nations should fear England at WC
Suarez refuses to apologise for Ghana handball