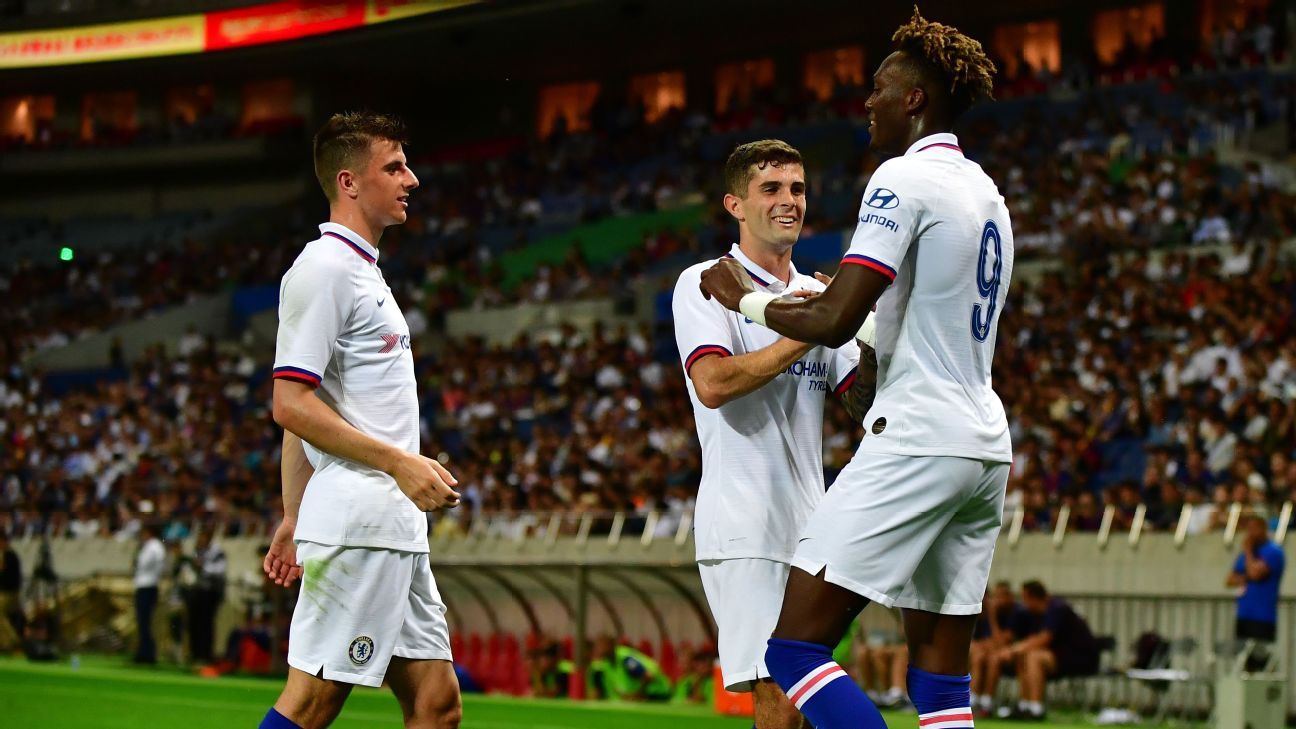 Goals from Tammy Abraham and Ross Barkley helped Chelsea beat Barcelona 2-1 in the Rakuten Cup on Tuesday as Ernesto Valverde’s side kicked off their preseason with a defeat in Tokyo.

Abraham opened the scoring in the first half after a mistake from Sergio Busquets, with Barkley wrapping up the win from the edge of the box in the second half. Ivan Rakitic added a late consolation for the Spanish champions.

While this was Barca’s first friendly of the summer, Frank Lampard‘s side were making their fourth outing of preseason, having already played two games in Ireland and another in Japan.

Barca were without their South American players who took part in the Copa America — including Lionel Messi and Luis Suarez — but they did hand a debut to €120 million signing Antoine Griezmann. There was a first Chelsea start for U.S international Christian Pulisic.

Griezmann, who came off at half-time with a minor injury, came closest to opening the scoring in the early stages as the Catalans took control of the possession.

However, it was Chelsea who began to create the better chances. Abraham somehow missed an open goal from six yards but made amends in the 34th minute when he broke the deadlock after rounding Marc-Andre ter Stegen after Jorginho had charged down Busquets.

Ousmane Dembele tested Kepa Arrizabalaga on the stroke of half-time before Barca made 11 changes at the break, including handing a debut to Frenkie de Jong. Chelsea made just two substitutes.

Rafinha and Carles Perez both missed two chances each before Neto was called into action at the other end. He reacted well to a Mason Mount shot which was deflected by Jean-Clair Todibo and kept out Michy Batshuayi from close range.

He was then caught out by Barkley, though, with the former Everton man’s smart shot from 18 yards creeping into the bottom corner inside the final 10 minutes.

Rakitic hammered home from 20 yards in stoppage time, but it came too late for Barca to salvage anything ahead of Saturday’s game against Vissel Kobe.