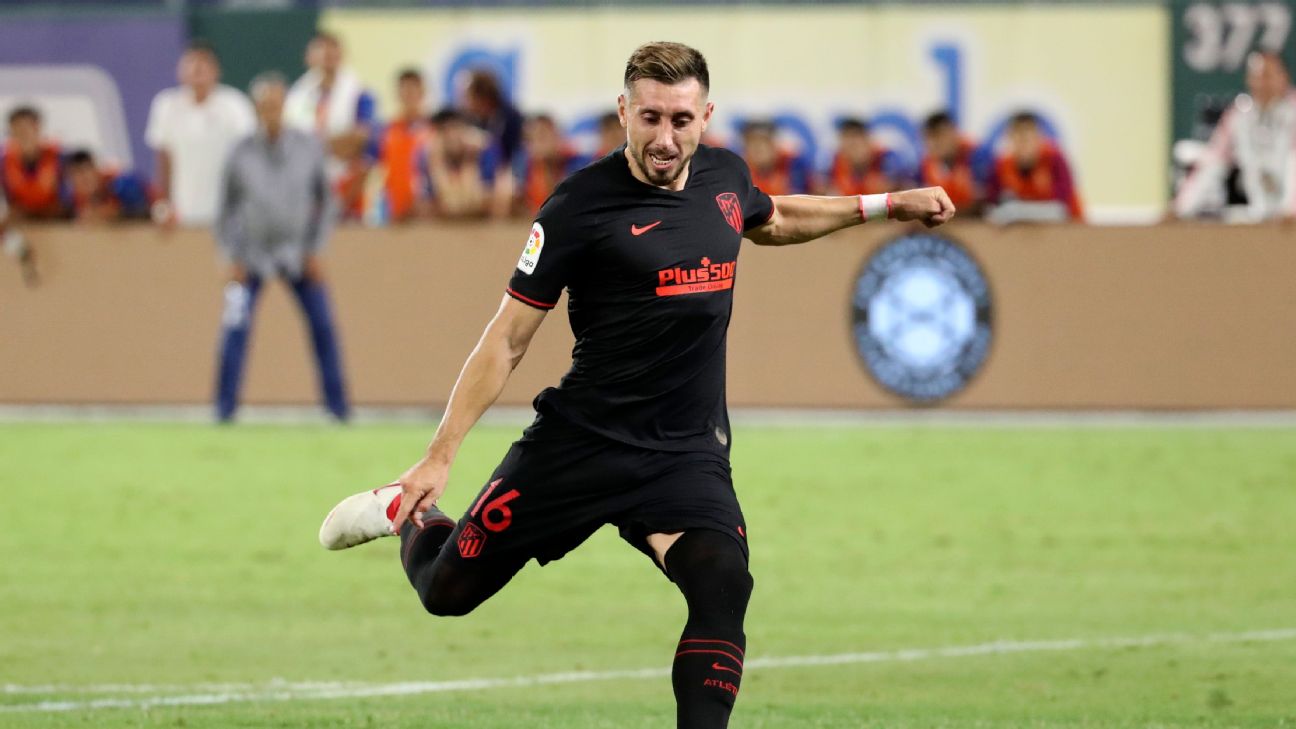 Atletico Madrid midfielder Hector Herrera said he doesn’t regret skipping out on Mexico’s Gold Cup campaign this summer, saying it was more important to focus on his move to the La Liga side.

Herrera signed a three-year deal on a free transfer to Atletico after six years with Porto, where he served as captain and won the Portuguese league title in 2017-18. He was one of several players to skip out on national team duty this summer, telling Mexico manager Gerardo “Tata” Martino that his priority was sorting out his club situation.

“I know I didn’t please everyone, but it was important for my future and my family,” Herrera told ESPN Mexico in an exclusive interview.”I am happy for the decision I took, but I don’t regret anything. Obviously I need to keep working to earn the privilege again of playing for Mexico, but it is something you need to always do.

“It was important for me to be with my new club from the beginning. I needed the rest necessary to ensure my highest level.”

Despite the absence of players such as Herrera, Javier “Chicharito” Hernandez, Giovani Dos Santos, and Carlos Vela, the Mexican team were able to win the Gold Cup with a 1-0 win over the United States in the final on July 7 in Chicago.

Herrera’s move to the Spanish side was among the more notable moves for El Tri players this summer, which also saw Edson Alvarez make the jump from Liga MX side Club America to Dutch champions Ajax. Herrera says he hopes more Mexican players follow in their footsteps and get to Europe.

“Playing for a club like Atletico Madrid can also help improve the game in Mexico,” the ex-Pachuca man said of his move. “Hopefully more Mexican players can get to Europe, like Alvarez. More Mexicans in Europe will be good for the national squad, because they can compete more and elevate their level.”

Herrera said he hasn’t spoken with Martino since informing him of his pre-Gold Cup plans but is hopeful to remain on the radar for future call-ups. Mexico’s next matches are two friendlies against the U.S. on Sept. 6 and Argentina on Sept. 10.

“I am not thinking about that right now. I have supported Mexico this summer but focused 100% on the preseason with my new club,” Hererra said of his international future. “I want to work hard now to be able to return [for Mexico] and then [Martino] will make his decision.”

Herrera said he has enjoyed getting to know his new club teammates on their preseason tour, which included a win over Chivas de Guadalajara in Arlington, Texas, on penalties earlier this week in International Champions Cup play.

“I thought there would be more egos in the dressing room, but it is a good group, very humble, I’ve been pleasantly surprised,” Herrera said. “I still have not gotten to know [Atletico’s Wanda Metropolitano stadium] very well nor the training grounds, but I’ve been told they are magnificant. Regardless, I’m enjoying the comraderie within the team, I have been at ease with my decision.”

Atletico Madrid finish their stateside swing with a match against city rivals Real Madrid on Friday at MetLife Stadium in East Rutherford, New Jersey, before taking on Juventus in Stockholm on Aug. 10.

Herrera says he looks forward to the Madrid derby despite it being a friendly match and outside of Spain.

“It will be a special match, for it being a preseason friendly. I’ve played against several of their players, of which they have a lot of quality, and that makes me excited to play this match.”

After draw with England, all that matters now is for the USA to beat Iran
Follow live: Hosts Qatar meet Ecuador as World Cup kicks off
OneLove row: Denmark won’t re-elect Infantino
Sources: Newcastle rule out move for Ronaldo
How the US respond to Wales draw will determine their World Cup fate