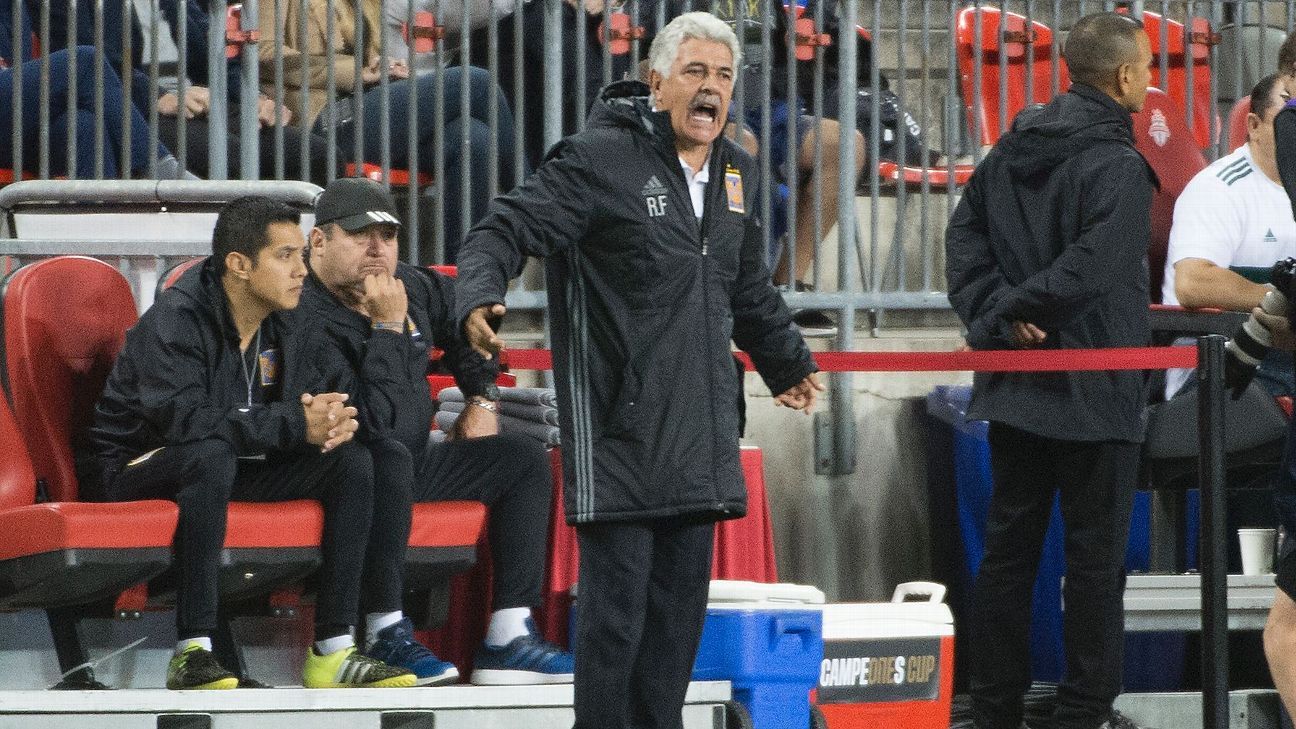 Tigres head coach Ricardo “Tuca” Ferretti has lamented Liga MX clubs not being involved in the Copa Libertadores and said the inaugural Leagues Cup against MLS opposition needs to improve to reach the level of the CONMEBOL competition.

Tigres face Real Salt Lake on Wednesday and Ferretti complained about all the games being played in the United States against opposition that are midway through their season, while Liga MX’s 2019 Apertura only kicked off last weekend.

– Carlisle: How can MLS compete with Liga MX at Leagues Cup
– Leagues Cup to feature 16 teams in 2020
– Stream all Leagues Cup matches on ESPN+

“Hopefully in the future this tournament will be what they hope it will be, but right now what I see is that things are unequal, the sporting objetive is in second place for me,” said Ferretti in a news conference on the eve of the game.

The veteran coach of the reigning Liga MX champion said Leagues Cup has a lot to do to be compared with the CONCACAF Champions Leagues and even more with the Libertadores.

“There is no return game, that’s a disadvantage for us,” said Ferretti. “The moment we are starting isn’t the most adequate for us, so there is no point of comparison [with other tournaments].”

Ferretti made similar statements in a press conference on Monday and has famously been skeptical of the value of international tournaments.

Tigres won the Campeones Cup under Ferretti last year, but lost in the final of the CONCACAF Champions League in 2016, 2017 and 2019 and finished runner-up in the Copa Libertadores in 2015.

The winner of the Tigres-RSL match will face off the winner between Houston Dynamo and Club America on Aug. 20.

Cruz Azul defeated Chicago Fire 1-0 on Tuesday and will face LA Galaxy in the other semifinal. The Galaxy defeated Club Tijuana on penalties after the tie finished 2-2 over the 90 minutes.

Sancho omitted from Man United training camp
Sources: Qatari royals not interested in Liverpool
Departing Tite dismisses criticism over Brazil loss
Off the bench, Ronaldo can help Portugal in a way he refused to at Manchester United
Follow live: England face Senegal in round of 16 World Cup clash