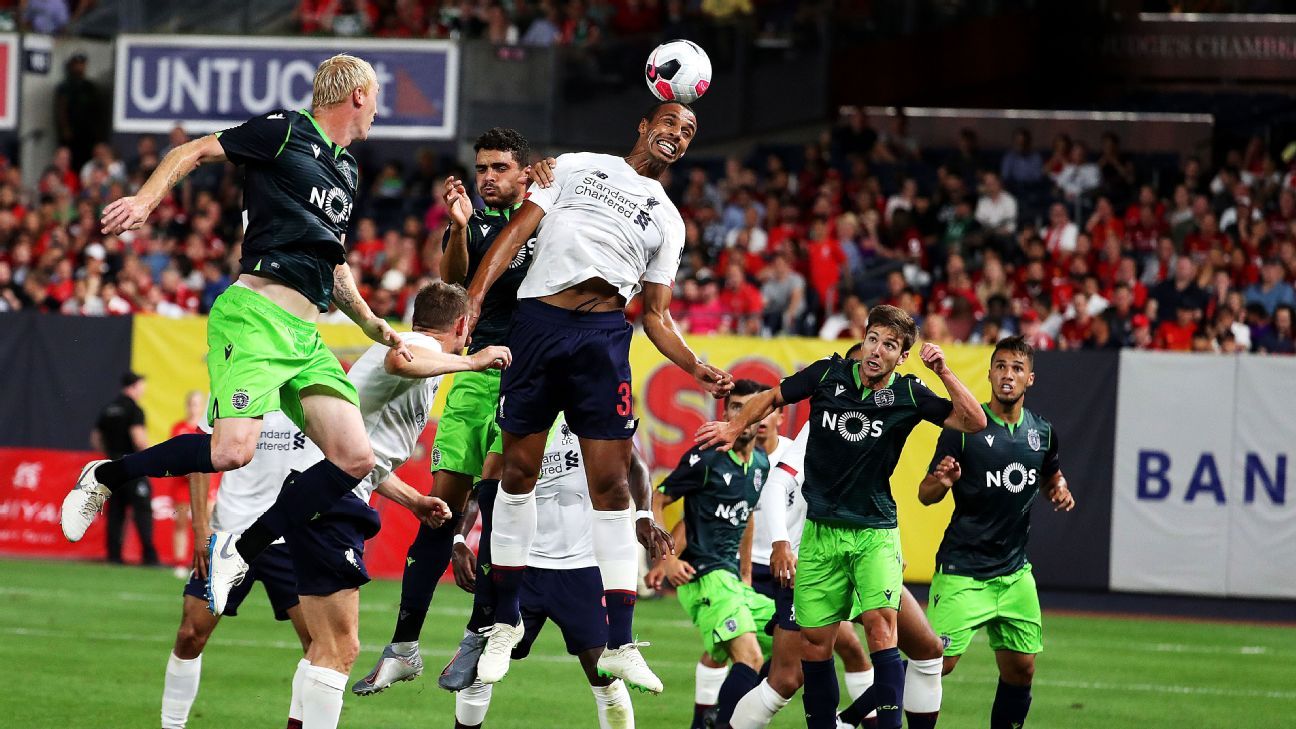 Liverpool will depart the United States without a win after being held to a 2-2 draw by Sporting CP at New York’s Yankee Stadium.

The Reds fly back to Merseyside on Wednesday night after fulfilling their post-match responsibilities having also lost 3-1 against Borussia Dortmund at Notre Dame Stadium and 2-1 to Sevilla at Fenway Park.

Liverpool have not “shown their best face” — to borrow Jurgen Klopp’s description — during games on the tour with fitness prioritised over all else.

The friendlies have been an extension of training according to the manager and considering the club have had two sessions on the eve of an encounter as well on the morning of the fixture, it is no surprise that the players have not shown their trademark high intensity.

The heat on all three matchdays was not helpful either, but Klopp has not been shy to admit he has expected better showings.

There were positives against Sporting, but there are still plenty of flaws which will be extensively addressed during Liverpool’s training camp in Evian.

Gini Wijnaldum, stationed on the left wing in a largely 4-2-3-1 formation, was Liverpool’s biggest threat in Wednesday’s first half against the Portuguese side.

He broke the lines well and continuously created space for himself, which gives Klopp another option in the position.

Full-backs Trent Alexander-Arnold and Andrew Robertson continued their habit of providing excellent deliveries, but the European champions were too charitable at the opposite end of the pitch again.

Klopp was visibly frustrated throughout the match at his team’s inability to remain compact and the ease with which Sporting — especially through Bruno Fernandes — sliced through them.

It was the attacking midfielder, heavily linked with Manchester United, that opened the scoring with the help of Simon Mignolet. The goalkeeper misjudged Fernandes’ rocket from range and watched it spill into the net five minutes in.

Liverpool deservedly equalised after some stellar build-up play. Alexander-Arnold fired in a superb high pass to Wijnaldum, who controlled and fed Robertson.

The left-back sent a fine cross into the centre of the area, with Jordan Henderson‘s resulting header saved by Ribeiro, but Divock Origi followed up to convert.

Liverpool took the lead just before half-time through a deflected Wijnaldum shot after a stunning outside-of-the-boot pass from Alex Oxlade-Chamberlain.

Mignolet atoned for his howler by preventing Sporting from having an immediate response via a double save to foil Luciano Vietto.

Marcel Keizer’s men did manage to get on level terms thanks to more decisive play from Fernandes. He broke down the left before directing a cut-back to Marcus Wendel, who finished from 10 yards.

Joel Matip and Virgil van Dijk both went close for Liverpool — the latter hitting the post with a header off an Alexander-Arnold corner, before Mignolet made a strong save to keep out Raphinha Belloli’s low hit from the bottom corner.

Klopp’s charges face Napoli at Murrayfield in Edinburgh on Sunday, before leaving for Evian where their strategy for the season will be refined.