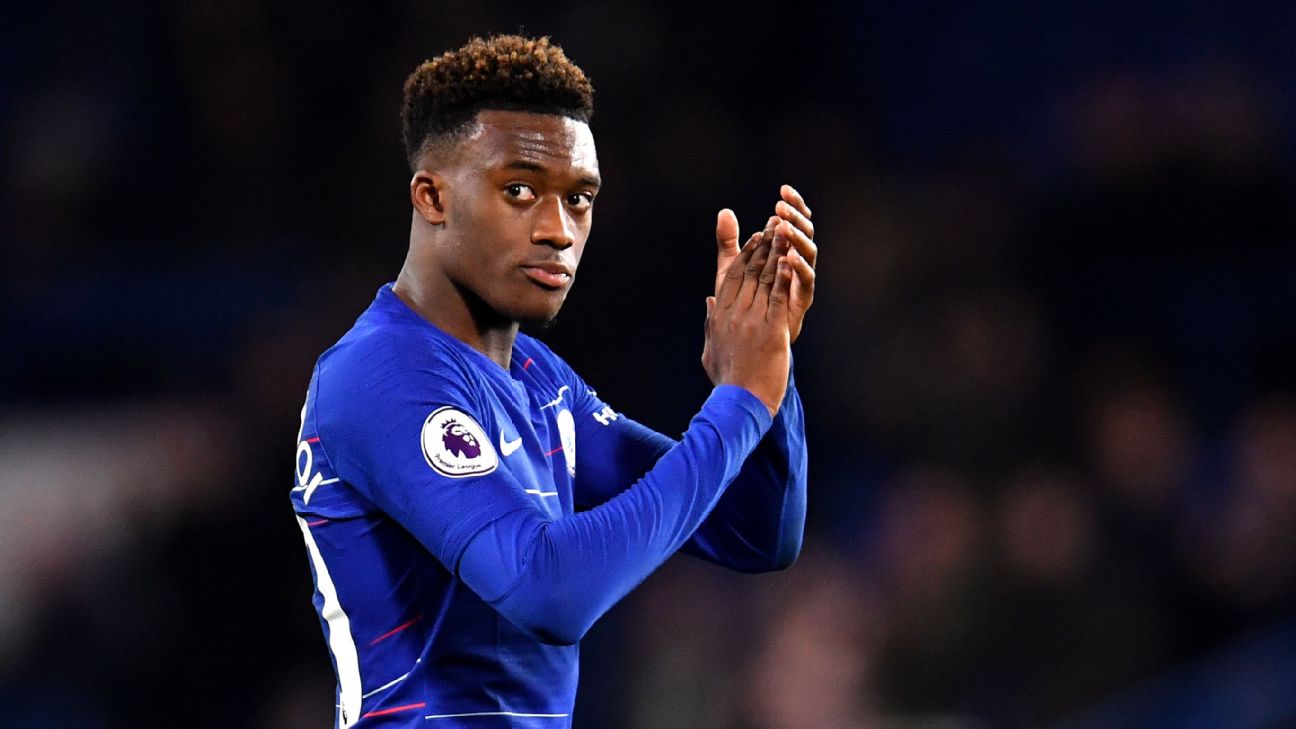 Callum Hudson-Odoi is set to end doubts over his future at Chelsea and sign a five-year deal, a source has told ESPN FC.

The attacker is in the final year of his contract and has been the subject of four failed bids from Bayern Munich, who remain eager to sign him.

However, after a breakthrough in negotiations, there is hope at Chelsea that Hudson-Odoi will finally commit to a new contract, snubbing interest from the Bundesliga giants. The England international is set to put pen to paper on a deal worth around £180,000-a-week, although that could rise to £200,000 after bonuses.

Bayern’s last bid for the 18-year-old came in January and was around £35 million, a source told ESPN FC, but following Maurizio Sarri’s departure and Frank Lampard‘s arrival as manager, Hudson-Odoi has decided to stay at the club.

Sources told ESPN in April how Chelsea wanted to sort Hudson-Odoi’s future and offer him a new contract despite the fact he will miss the 2019-20 campaign through injury.

Bayern sporting director Hasan Salihamidzic has said the Bundesliga champions “absolutely want to sign” Hudson-Odoi but the club are likely to end up disappointed.

With Chelsea unable to sign players this summer and in the January window due to a FIFA ban, Lampard has spoken about how he wants the club’s younger players to step up and take advantage.

“I think everybody knows that I have a keen eye for the younger players in the academy, that they have produced and we have a batch of them that are fighting to get into the first team,” he said.

“To be absolutely clear, they now have to make the difference. It’s a road that is given to them and now they have to be the ones that play well enough to get into the team.

“I don’t care about age, I care about performance and how people train and play. Now with the squad it is up to those players to show what they can do.”