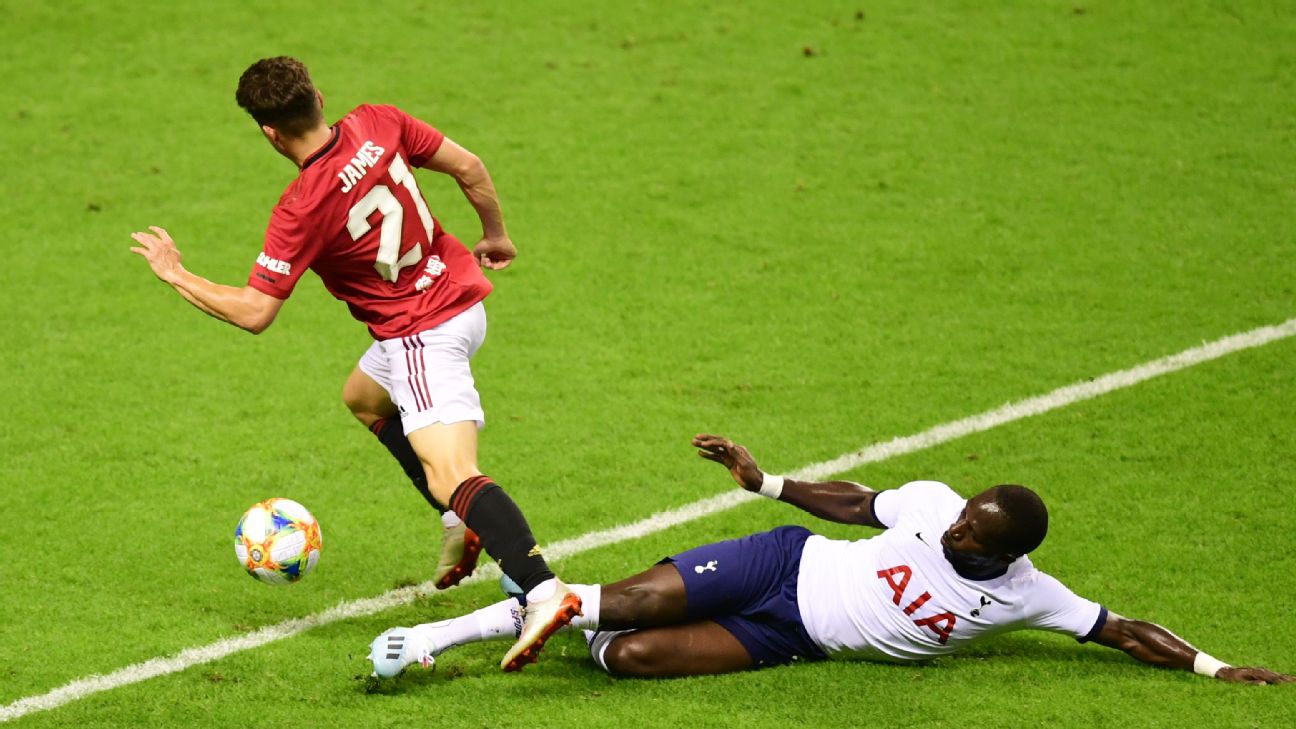 SHANGHAI — Ole Gunnar Solskjaer has backed Daniel James to handle any rough treatment in the Premier League next season as Mauricio Pochettino was forced to apologise after a bad tempered friendly between Manchester United and Tottenham in China.

James was on the end of a reckless challenge from Moussa Sissoko before the France international appeared to stamp on the former Swansea winger.

Pochettino felt the need to apologise to United after a number of heavy challenges from his players but Solskjaer was not in the mood to stick the boot in himself.

“We can’t lose tackling in football as long as you tackle fairly,” said Solskjaer. “Dan is so quick and it’s not easy to time tackles against him.

“I can understand why players mis-time tackles against him and he’s a brave little boy and he jumps, he’s taken a few knocks over the tour but as an old man I like to see tackles.

“There’s no rolling about or diving. If he stays down, he’s injured. But he gets up when he’s just hurt. There’s a difference between being hurt and injured.”

Angel Gomes‘ first senior goal handed United a 2-1 victory at the Hongkou Stadium to complete a perfect summer tour for Solskjaer after four wins from four.

Eric Bailly left the stadium on crutches and wearing a knee brace on his left leg after suffering an injury just nine minutes after coming on as a second-half substitute.

It was only the Ivory Coast international defender’s third game back after undergoing surgery on his right knee at the end of last season.

“It’s never nice when you get an injury,” said Solskjaer.

“He’s done his knee but we’re not sure how bad it is. We need to get back to Manchester and do the scans but let’s hope for the best.”