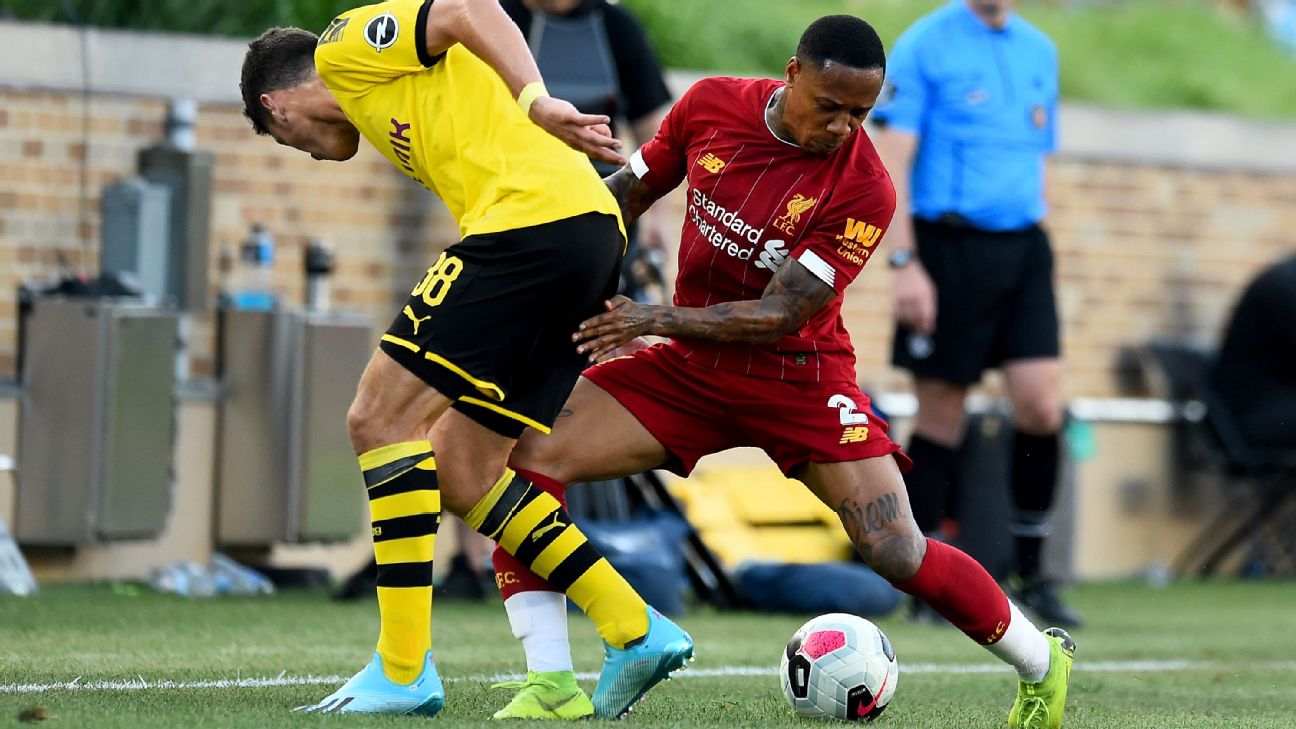 NEW YORK — Liverpool defender Nathaniel Clyne is facing six months on the sidelines after suffering an ACL injury in the 3-2 defeat to Borussia Dortmund.

The 28-year-old sustained the setback during the closing moments of the pre-season friendly at Notre Dame Stadium, but the diagnosis took a while to confirm due to the swelling around his knee.

The assessment from Liverpool’s medical team is that it is the least severe ACL injury the full-back could have picked up given how clean the damage is, hence the reduced recovery period.

Clyne, who is out of contract at the end of the season, flew home from the U.S. tour late on Sunday from Boston.

Meanwhile, Liverpool are continuing to monitor Yasser Larouci’s injury closely. The left-back, who had to be stretchered off in the team’s loss to Sevilla at Fenway Park, has suffered heavy bruising in his femur bone. The club are optimistic the 18-year-old will only be ruled out for weeks rather than months.

Liverpool wrap up their stateside swing with a match on Wednesday against Sporting CP at Yankee Stadium.