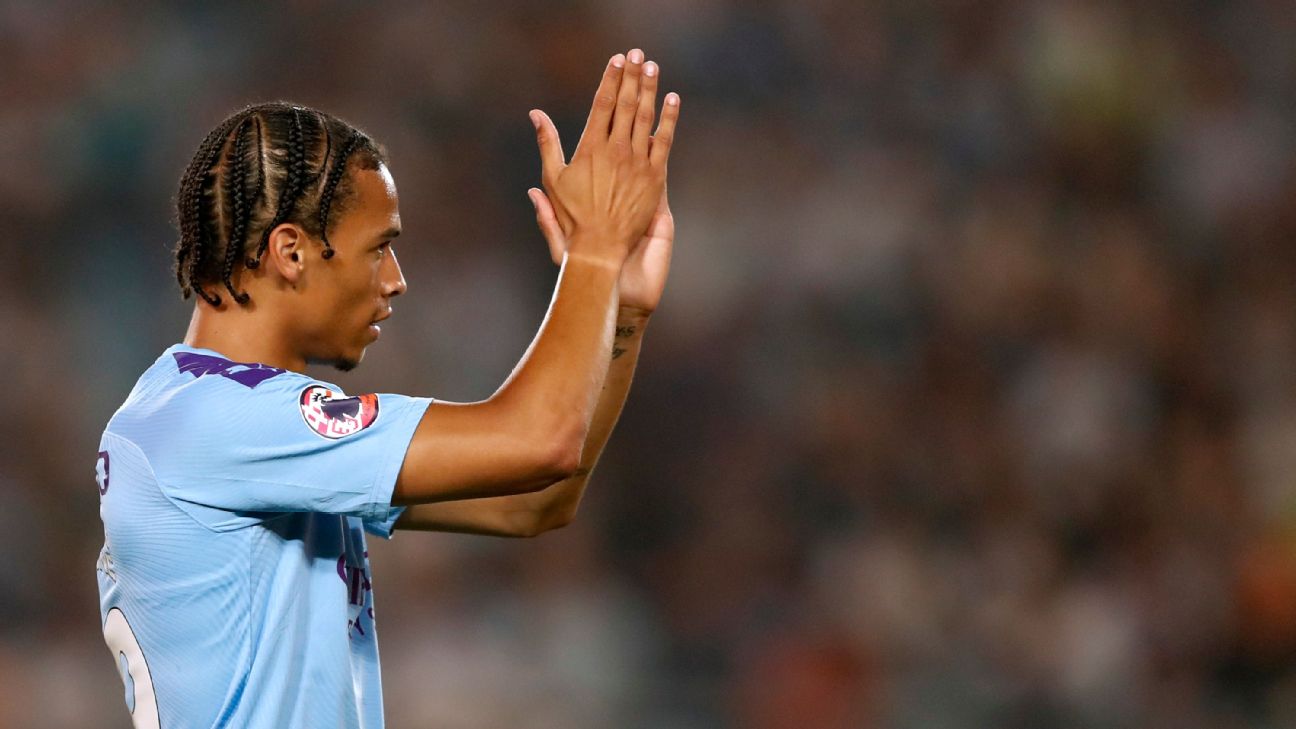 Pep Guardiola urged Leroy Sane to decide on his Manchester City future after the Germany international scored twice in a 6-1 preseason victory against Kitchee in Hong Kong.

Sane has refused to sign a new deal at the Etihad to replace the final two years of his current contract, with Bayern Munich keen to sign the 23-year-old former Schalke winger.

Guardiola said recently that he would not stand in Sane’s way if he made it clear that he wanted to leave the Premier League champions, but with two weeks to go before the English transfer window closes on Aug. 8, the City manager has now told Sane that the time has come to make a decision.

“He is a guy who I appreciate a lot,” Guardiola said. “I like him a lot, I think he has an incredible gap to be better in terms of being connected in the game.

“I have said two or three times that we want him and we want him to stay. … He has an offer and we are waiting to talk with his agents to extend the contract, so it’s not in our hands. He has to decide. If he wants and there is an agreement, then it’s good. But if he wants to leave, he can do it.

“We will be sad — hopefully he stays.”

City fly to Tokyo on Thursday for the final game of their tour of Asia, with the squad heading 1,800 miles and another time zone further east before returning to Manchester on Sunday.

Having arrived two days late in Shanghai due to flight problems at the beginning of their tour, City’s trip also has been disrupted by jet lag and intense humidity in China and Hong Kong.

And Guardiola admits that preparations for the new season have not been to his liking.

“With situations I can’t control, I adapt,” he said. “We know we have to be here, so we do training as best as possible. We were delayed and we could not fly before which was a pity, but then we trained in Manchester and that was good for everybody.

“It is what it is. We learn from great athletes and we learn many times from them they never complain.

“We are not going to win the Community Shield or go to West Ham [on the opening weekend] and say ‘What a disaster’ about the training or the humidity.

“Always we travel and not always perfect conditions and the players accept that with the biggest mind. They are a little bit tired, but we deal with it.”