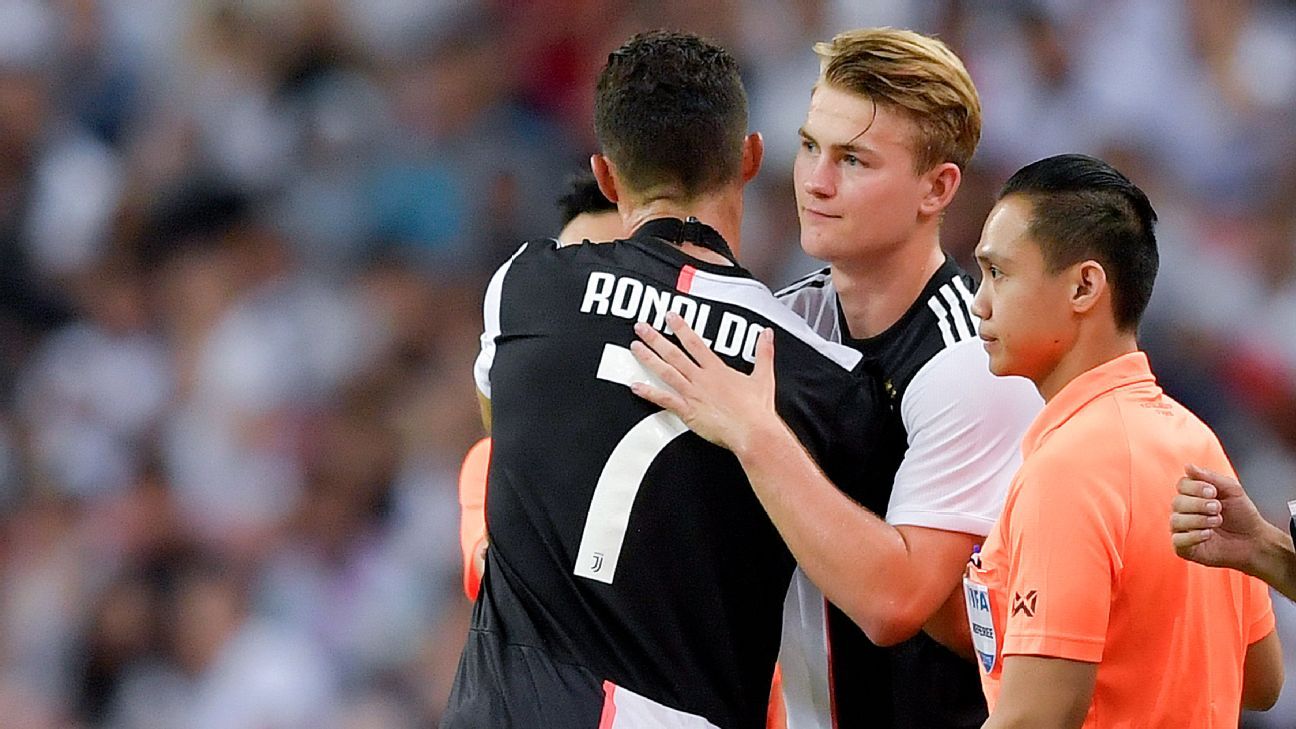 Matthijs de Ligt scored an own goal in his Juventus debut but Cristiano Ronaldo saved his blushes as the Italian champions drew 1-1 against Inter Milan in an International Champions Cup exhibition in China on Wednesday.

The 19-year-old joined Juve from Ajax for €75m last week, spurning the likes of Barcelona and Paris Saint-Germain to sign with the Turin giants. However, his first start for the club resulted in him beating his own goalkeeper before being taken off at half-time amid a flurry of substitutions.

De Ligt’s error came in just the 10th minute. From an Inter corner, his clumsy attempt at a clearance following a flicked-on header steered the ball into the back of the Juve net from close range.

Cristiano Ronaldo hit back for Juve midway through the second half with a free kick from the left edge of the box that took a slight defection before heading into the top corner.

The game went to penalties and Inter’s Andrea Ranocchia missed the first effort, seeing it saved by Gianluigi Buffon.

Joao Cancelo and Cristiano Ronaldo scored either side of George Puscas for Juventus before Samuele Longo missed again for Inter, with Buffon turning his shot onto the post.

Emre Can coolly made it 3-1 and when Joao Mario cut the deficit, new signing Adrien Rabiot could have won it for Juve but blasted over.

Buffon let Nicolo Barella’s kick through his arms and then Federico Bernardeschi missed to put things back on level terms.

Once again, Buffon came to the rescue with a save from Borja Valero and Merih Demiral stepped up to seal the win.