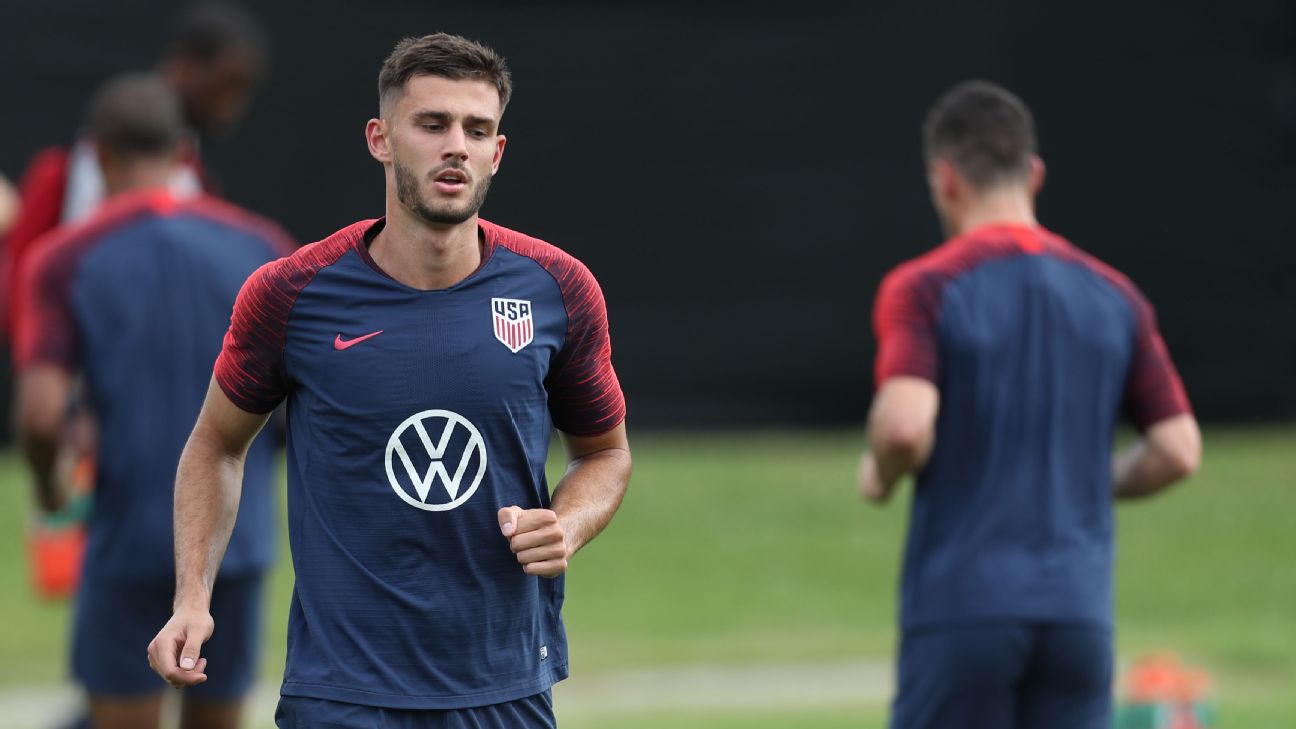 United States defender Matt Miazga has been loaned back to second-tier Reading by Chelsea for the 2019-20 season.

The 6-foot-4 center back from Clifton, New Jersey, was sent to Nantes last summer on what was supposed to be a season-long loan. He started six Ligue 1 matches under coach Miguel Cardoso, who was replaced by Vahid Halilhodzic.

👉 The summer away with @ussoccer
👉 Renewing acquaintances with #Royals teammates
👉 His rapport with the Reading supporters@MattMiazga3 is glad to be back!#MattIsBack pic.twitter.com/Qk282xWP0U

Miazga played only one more match under Halilhodzic. He was sent back to Chelsea, then lent to Reading in late January and made 18 appearances for the Royals. Reading climbed from 22nd to 20th and finished seven points above the relegation zone. The club announced the loan Wednesday.

Miazga, who turned 24 last Friday, has made 17 appearances for the U.S. national team and started in the semifinals and final of this month’s CONCACAF Gold Cup.

Chelsea acquired Miazga from Major League Soccer’s New York Red Bulls in January 2016. But he made just two appearances during the remainder of that season and was loaned to Vitesse in the Netherlands for 2016-17 and 2017-18.

Reading CEO Nigel Howe said on the team’s website: “Even as a player at the early stage of his career, Matt showed last season that he has a mature head on young shoulders and plenty to offer the squad both on and off the pitch. I am pleased that he has been keen to return to Reading and I look forward to seeing his contribution for the Royals in the coming season.”

Information from the Associated Press was used in this report.

Police arrest two over break-in at Sterling home
No Ronaldo, no problem: Replacement Ramos hat-trick lifts Portugal into quarterfinals
Follow live: Mbappé leads France in knockout match against Poland
Hearts-Almeria abandoned due to first-half brawl
Off the bench, Ronaldo can help Portugal in a way he refused to at Manchester United