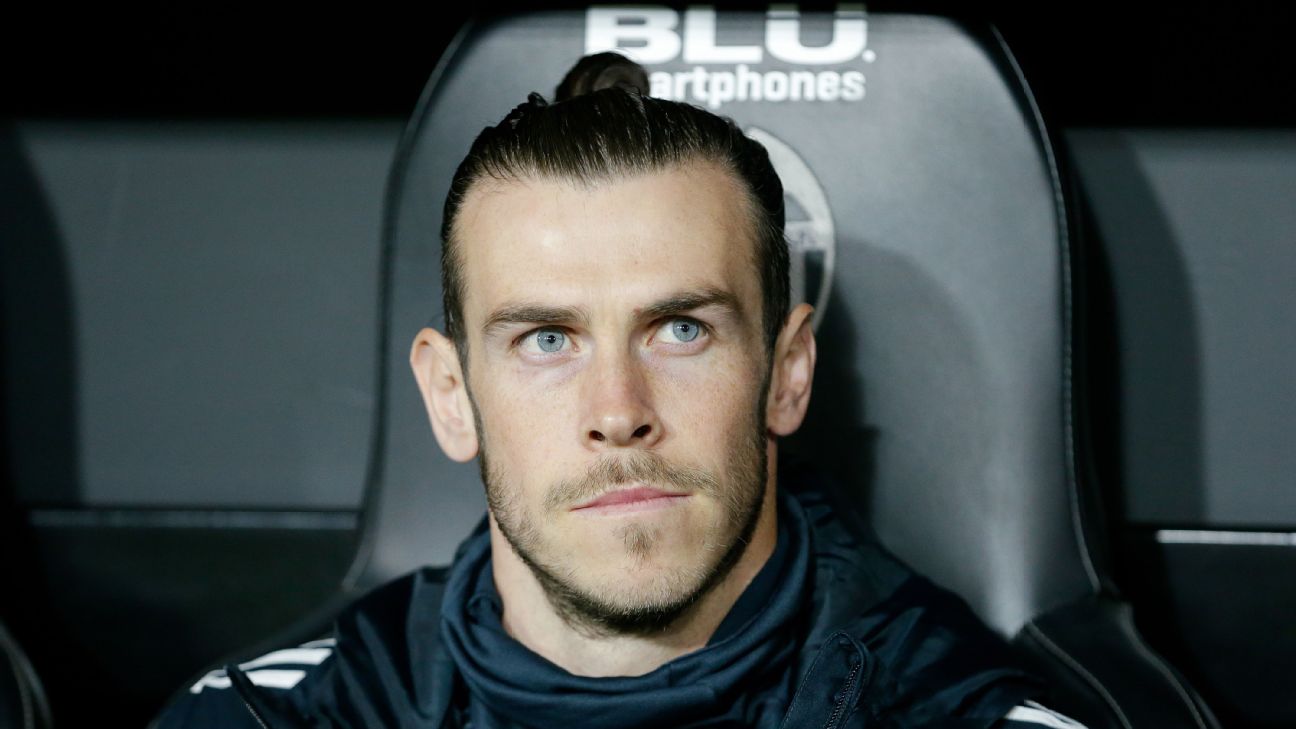 The summer transfer window is in full swing, but there’s plenty of work to be done, given the flurry of international tournaments that have occupied the attention of some of this summer’s biggest targets. Which players are likeliest to move before the 2019-20 campaign? David Amoyal rates the top rumours from around world football in the latest edition of our summer Rumour Rater.

– Transfer grades: Juventus get A+ for De Ligt
– Transfer to-do lists: What the big clubs need

Zinedine Zidane couldn’t have been clearer when it comes to the former Spurs striker: the sooner he leaves the better. Moving him would allow Real Madrid to shed a massive salary slot which they plan on using on Paul Pogba, Bale has been linked to multiple Chinese clubs, including Jiangsu Suning and Shanghai Shenhua, but Beijing Guoan have taken the most concrete steps. There have been talks of Bale either returning to Spurs or being swapped for Neymar, but at this time a move to China is the likeliest outcome.

The Brazil right-back is looking for a new team after partying ways with Paris Saint-Germain by mutual agreement. Alves’ preference is to return to Barcelona, but at the moment a reunion doesn’t appear to be in the cards, as an alternative he’s considering a move to the Premier League. His representatives are in talks with Manchester City, but the Citizens’ preference is to find Danilo a new team first before signing another right wing back.

Could the Serie A champions have another ace up their sleeves following the Matthijs De Ligt signing? While it’s true they are looking for another striker to complete their front line, it’s unlikely they can afford to come close to meeting PSG’s asking price without gutting their current squad. Neymar’s character issues also raise more red flags for the club than Mauro Icardi who at least happens to be available at a discounted price.

After spending significantly on De Ligt, Juventus are looking to turn a substantial profit on their 19-year-old striker who is currently valued at €25 million. While Barcelona, Ajax and Arsenal are also interested, Everton are the club who have taken the most significant steps to sign him. However there’s a wrinkle, Juventus would like to retain a buy-back clause on Kean for the next two seasons and it remains to be seen if any of the clubs interested will acquiesce to this request.

The Argentina striker previously turned down the opportunity to join Inter in exchange for Icardi and is now linked to both United and PSG. Dybala’s preference is however to stay at Juventus where Sarri plans to use him as a false nine in the same way he used Dries Mertens at Napoli. The Serie A champions would however consider opening a negotiation to sell Dybala if a club puts €80m plus substantial bonuses on the table — they would then turn around and offer cash to Inter for Icardi while making a substantial profit since Dybala is worth more.

Dybala isn’t the only player linked to both the Ligue 1 champions and Manchester United, in fact the two clubs are the likeliest destinations for the Serbia international. Lazio’s president Claudio Lotito recently stated that he’s “running out of ammunition to keep Milinkovic-Savic” and that the player is looking to take a leap in his career. While the player known as the Sergeant has lost value compared to this time last summer, Lazio are still expecting to get a return of €80m — last summer Leonardo pursued him while he was in charge at Milan, but now that he’s at PSG he has the resources to get the deal done, but he will face competition from Manchester United who view Milinkovic-Savic as an ideal replacement for Pogba.

— When does the transfer window close?
— Anatomy of a transfer: What’s real and what’s not
— Inside Tottenham’s summer spending spree

Thanks to Jorge Mendes’ mediation, the Rossoneri were able to turn a fairly significant capital gain on Andre Silva by selling him to Monaco which allowed them to meet Atletico Madrid’s asking price of €40 million-plus-bonuses for the Argentine striker. The deal was reached over the weekend when Milan’s new director Zvonimir Boban travelled to Spain, Correa is expected in Italy to take his medical next week at the latest.

The influx of cash resulting from the Correa sale will give a further boost to the Colchoneros‘ pursuit of the Colombia superstar. While Real Madrid would prefer to sell Rodriguez to Napoli rather than their crosstown rivals, so far Aurelio De Laurentiis’ club have been unwilling to offer more than a loan with option to buy deal. Rodriguez’s sale on top of shedding Bale’s enormous wages will boost Real Madrid’s chances of landing Pogba.

Following his stunning performances with Bayer Leverkusen, the 20-year-old talent has made it into the notebooks of many big clubs’ scouts. Especially Havertz’s compatriot Jurgen Klopp followed with a keen eye his development throughout the campaign and would gladly welcome him at Anfield. On the other hand, the midfielder seems determined to resist the sirens’ song coming from Liverpool, as he stated clearly that — while he doesn’t know what the future holds for him — he would love to stay one more season at Leverkusen before taking the next step in his career.

The Spurs are looking to find a new club to for the wing-back, who is out of Pochettino’s plans for next season as proven by his absence from the club’s preseason tour of Asia. The 29-year-old England international was offered to Barcelona — a side reportedly on the lookout for a player at his position — but the proposal was turned down by the Catalans. The Blaugrana have in fact made clear that they are not willing to meet the Spurs’ asking price of €20m, since they are looking for a significantly cheaper option.