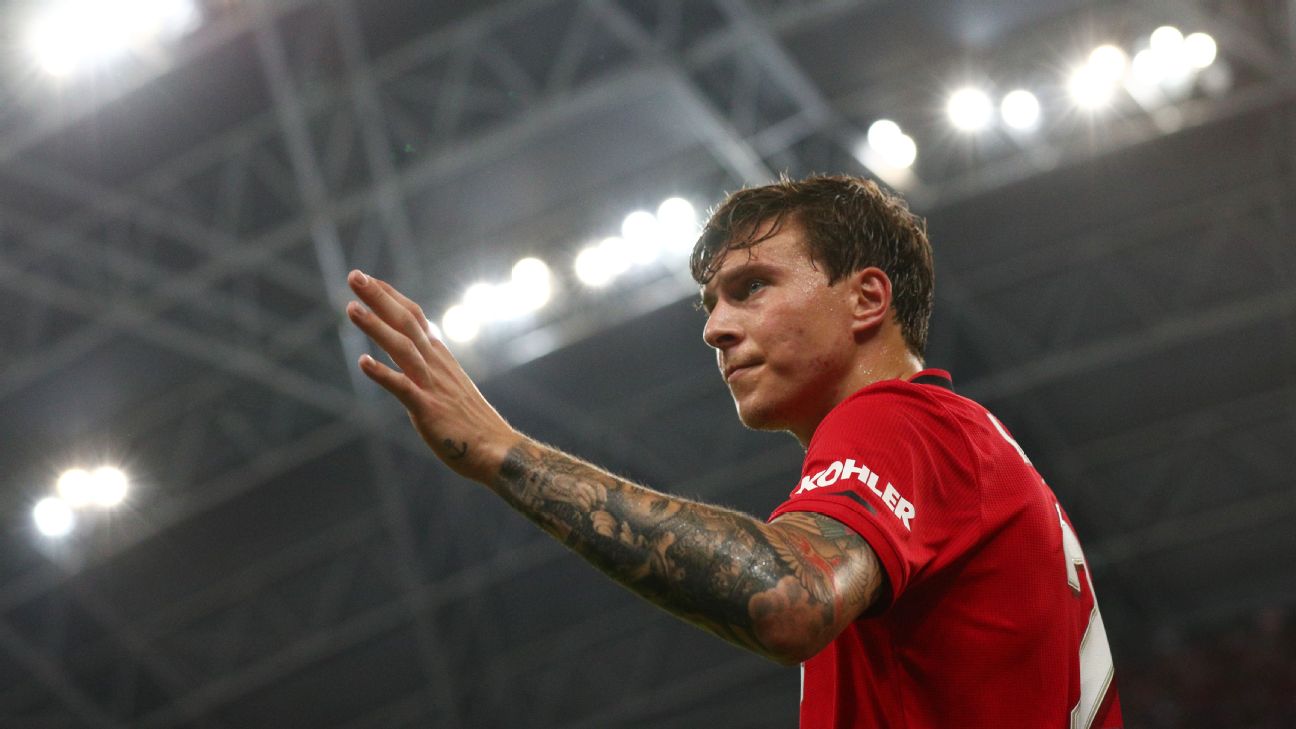 SHANGHAI — In a different life, Victor Lindelof would not be The Iceman, Manchester United’s cool, calm centre-back. Instead, he would wear the No. 10, not No. 2, and would try to make goals rather than stop them.

Growing up in Vasteras, a small city in central Sweden, Lindelof was an elegant attacking midfielder. Now he is an elegant centre-back — a No. 10 trapped in a defender’s body — who has become central to Ole Gunnar Solskjaer’s Old Trafford revolution.

The Norwegian wants the new United to play with more intensity. Pressing when they don’t have the ball and pace when they do.

But he also wants his team to play out from the back and that’s where Lindelof comes in. Skills learned playing further forward as a teenager are now being showcased from the centre of United’s defence. He can defend — he expertly marshalled Cristiano Ronaldo when Juventus visited Old Trafford in October — but he can also pass. And he does it very well.

“I was a midfielder when I was young,” Lindelof tells ESPN FC in an exclusive interview.

“I haven’t been a defender for long. I think maybe that’s why I am comfortable on the ball because I started as a No. 10, then a two-way midfielder, then a No. 6 and now I’m a defender.

“Maybe that’s why I like to have the ball and why I’m comfortable with it.

“I like to have the ball at my feet. I’m comfortable with it. That’s not a problem for me and I like to play football that way.”

He is good defender and was one of United’s best players during a disappointing season last year. But was he a good No. 10?

Lindelof has travelled to Australia and the Far East as one of Solskjaer’s key men.

There is an expectation that United will eventually sign Harry Maguire if Leicester compromise over their £90 million asking price but even that has not raised doubts about Lindelof’s place.

He is already one of six centre-backs on the tour along with Eric Bailly, Phil Jones, Chris Smalling, Marcos Rojo and Axel Tuanzebe. Maguire would make seven but, as things stand, they are all competing for the place alongside Lindelof.

“I like the competition,” he said “I love it, actually. I think it’s great for a club to have that competition. If you have good players in your position you have to work hard every day, especially in training, and that helps a team to go to the next level as well.

“For me it’s perfect. I like it. I think everyone at this club wants to be at the highest level. I’m very good friends with them all. In training we compete and then off the pitch we are friends. That’s how it should be.”

It has not always been like that. Signed from Benfica for £31 million in 2017, Jose Mourinho handed the Swede his debut in a humbling Super Cup defeat to Real Madrid. But he had to wait more than two months to make his Premier League debut — often watching games from the stands — and then came a personal low in a nightmare performance in a defeat to Huddersfield that raised questions about his suitably for English football.

That debate has long ended but during that difficult first season, did he ever have doubts about whether he had made the right move?

“Never,” he says with the same steely look he gets when he ploughs through a centre-forward before strolling away with the ball.

The way Lindelof played last season, and the style in which he did it, sparked speculation about a summer move to Barcelona but — unlike teammates Paul Pogba and Romelu Lukaku — he has been quick to put the transfer talk to bed.

“I’m not the kind of person who thinks about that,” he said.

Next up for United — weather permitting — is a Premier League taster against Tottenham in Shanghai on Thursday. It will see Lindelof come up against Harry Kane, fresh from scoring from the halfway line against Juventus, and hand the 25-year-old another chance to show how much progress he has made since arriving in Manchester and how important he has become to Solskjaer.

“It’s preseason, we want to get fitter and we want to improve,” he said

“We take it game by game. Of course, it’s good to win. It’s a game of football and you always want to win. [Kane is] a good player. It’s always fun to play against good players. I’ve played against a lot of good players. He’s very clever and he’s got good movements.

“I’ve been at this level for a couple of years now. It’s been a great ride and hopefully I can keep improving. I’m just trying to become a better player. That’s what I work hard for every day and for me to be at this club it’s a great honour but I still think I can improve a lot.”