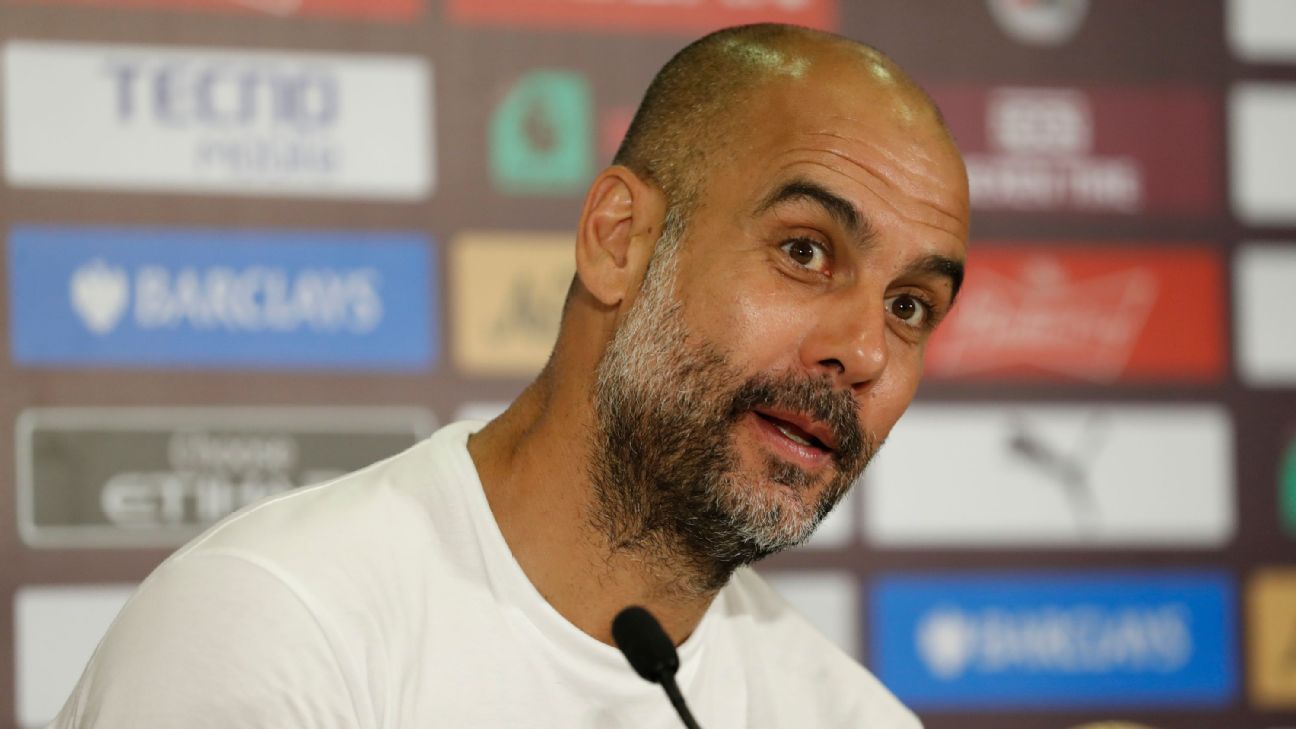 HONG KONG — Pep Guardiola has defended Manchester City against “false” accusations in the Chinese media that the club were disrespectful to their hosts during a preseason to trip to Shanghai.

City, who spent five days in Shanghai while participating in last week’s Premier League Asia Trophy, were the subject of an article on Xinhua’s English language site on Monday which criticised the club for a tour which was designed only to “win wallets, not hearts and minds.”

But Guardiola, speaking in Hong Kong ahead of Wednesday’s friendly against Kitchee, rejected the accusations and insisted his players were doing everything possible to engage with supporters.

“I should say i don’t agree and also that it’s false,” Guardiola said in response to the Xinhua article. “To make a statement like this, they have to know exactly what happened here in our club.

“We had an incredible time in shanghai. We were committed to the cooperation you have to do in China. The people from the hotel, all the people asking us to do things, we were ready to do that.

“We came here — it’s a unique experience because it’s not easy to come to Asia during the season. To come to Asia and experience the culture, the restaurants. it’s amazing to get to know other people.

“That’s why I can’t understand what people are saying — maybe one journalist is a bit upset, I don’t know why — but it’s far away from the reality.

“So we came here 23 hours late, we travel two hours by train to play in Nanjing then back to Shanghai, now here and then back to Tokyo.

“And always with the biggest smile.

“We don’t sleep too well during the night but even so we make good training sessions for all the guys.

“I’ve been impressed with my players so far and let’s see for the rest of the tour. I completely disagree with the journalist — that’s not the reality.”

City are on their first tour of Asia since a 2016 trip to China was cut short by the postponement of a Beijing friendly against Manchester United due to a waterlogged pitch.

But with City determined to grow in stature to match established global giants such as United and Liverpool, Guardiola admits the club must continue to visit the region.

“For our club, it’s a huge experience to go abroad to other countries because we are not Manchester United, Liverpool, Barca, Real Madrid, Bayern Munich.

“They’ve been doing it for many years. For us it’s a new experience every season, it will help on the pitch and we did it last season.

“And off the pitch we are showing what an amazing club we are and how we are trying to be better every season.

“I’m so proud of what we’ve done: All the marketing departments, all the people who’ve organised this tour.

“And maybe next year or in two years we are going to come back to China when the club decides we should come.

“Sooner or later we’ll come back — sure.”