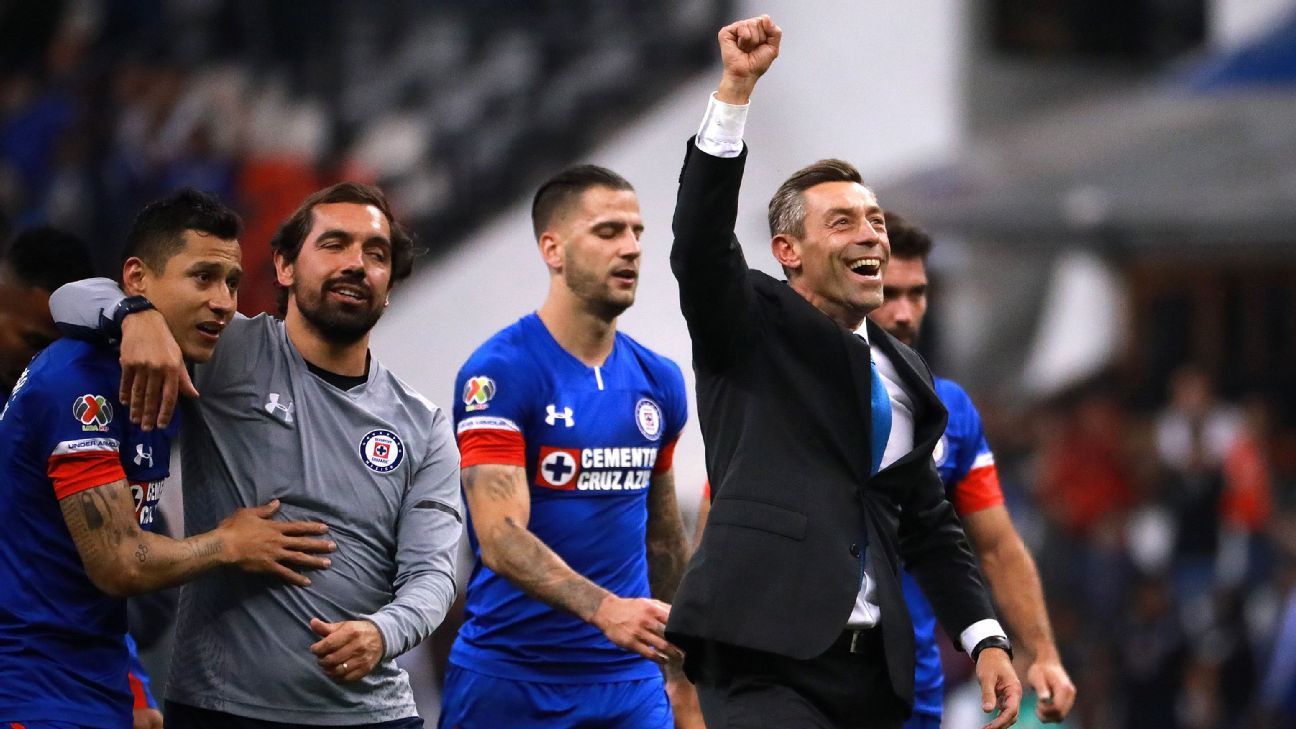 Cruz Azul head coach Pedro Caixinha believes the inaugural Leagues Cup between Liga MX and MLS clubs could become stronger than the CONCACAF Champions League and admitted that he once interviewed for a job with Tuesday’s quarterfinal opponent Chicago Fire.

“It’ll be a competition, I believe, that’ll become even stronger than the CONCACAF Champions League could be,” said Caixinha ahead of the game in Chicago.

The Portuguese manager is adamant that Leagues Cup is important for Cruz Azul — one of Liga MX’s “big four” — and already has the date of the final marked down in his team’s calendar (All Leagues Cup games will be available on ESPN networks or ESPN+).

“It’s kill or get killed,” said the former Rangers manager on Tuesday. “I like how it’s organized. We’ve analyzed the opponent. [Chicago Fire] is a interesting team.”

– Carlisle: How can MLS compete with Liga MX at Leagues Cup
– Leagues Cup to feature 16 teams in 2020
– Stream all Leagues Cup matches on ESPN+

“When I left Santos [in 2015] I had an interview with Chicago Fire to go to MLS when they picked the coach who is there now [Veljko Paunovic], so it will be interesting to have that competition in this match-up.”

“It’s a competition just like all the ones Cruz Azul is in, we want to fight win it,” he continued. “We’ve got the date of the final very clearly in mind, September 18 in Las Vegas, and, of course, want to be there to become the first team to win the tournament.”

Another Liga MX boss, Tigres coach Ricardo “Tuca” Ferretti, is notoriously skeptical of international tournaments and has been less enthusiastic about Leagues Cup ahead of the reigning Liga MX champion’s trip to Real Salt Lake on Wednesday.

“All the games in this cup will be in the United States,” stated the veteran coach in a press conference on Monday. “We all know the reason, the only difference [with the CONCACAF Champions League] is that we are only starting our season whereas [MLS teams] have played a lot of games.”

LA Galaxy faces Club Tijuana on Tuesday evening, but coach Guillermo Barros Schelotto has ruled out Zlatan Ibrahimovic from the game, although that’s not of great concern to Xolos goalkeeper Gibran Lajud.

“It’s not Xolos against Zlatan, it is Xolos against Galaxy and we want to play our best soccer,” said Lajud, whose coach Oscar Pareja indicated he would be playing Tijuana’s full-strength team.

Houston Dynamo host Club America in the other Leagues Cup quarterfinal on Wednesday.

Brazil win Group G despite loss to Cameroon; Switzerland advance to knockout round
Spain won’t gamble to avoid Brazil clash – coach
Follow live: Denmark, Australia square off with spot in round of 16 on the line
LaLiga wants Juve sanctions after board resign
South Korea into round of 16 on last-gasp winner; Portugal win Group H despite loss