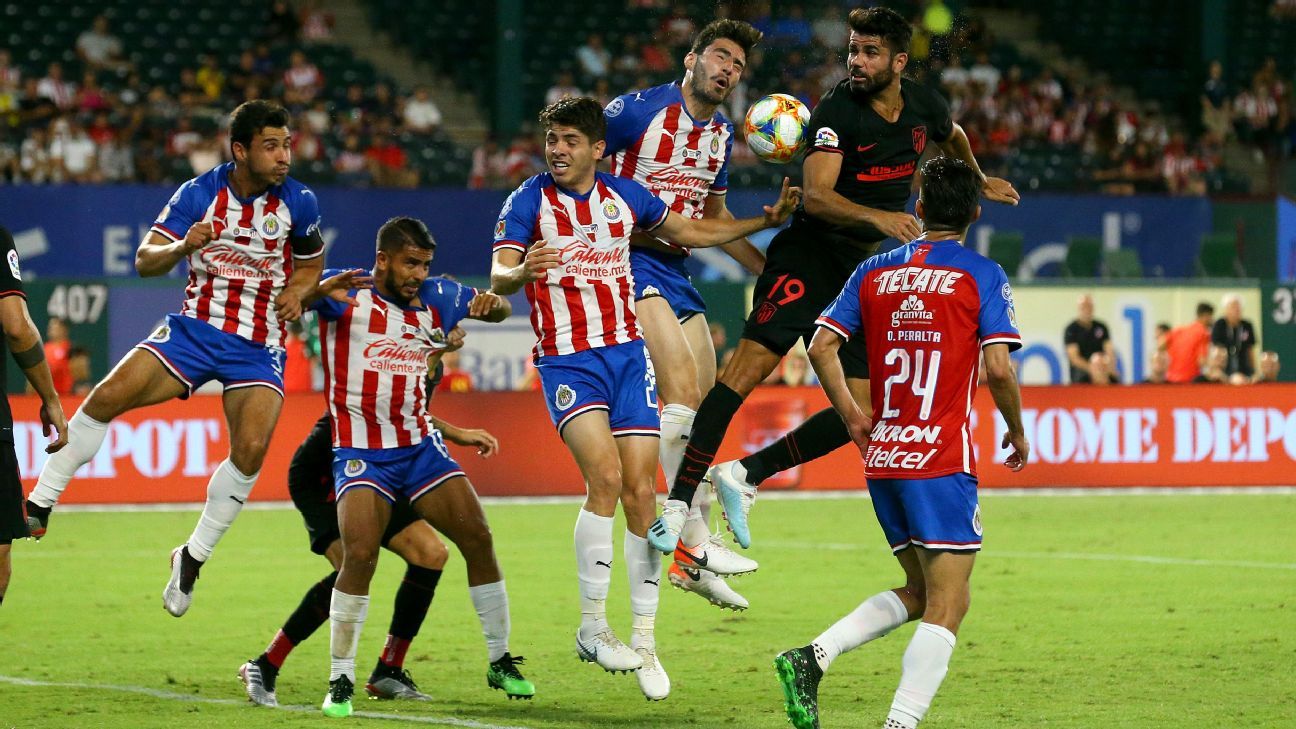 Atletico Madrid edged Mexico’s Chivas Guadalajara 5-4 on penalties at the International Champions Cup on Tuesday after the teams finished scoreless in regulation time on a sweltering night in Arlington.

Goalkeeper Antonio Adan was the difference for Atletico as he saved what would have been the game winning penalty for Chivas and then palmed away the next shot to help secure the win for his team.

The Mexican side dominated possession and won the physical contests but had the same number of shots as their opponents, who made 10 changes at halftime.

Marcos Llorente, making his second appearance for Los Colchoneros, was shown a red card in the 24th minute when he yanked the jersey of Alexis Vega when the forward was in a strong goalscoring position.

Chivas were unable to score from the resulting free kick and their numerical advantage was erased in the second half when Carlos Villanueva earned his second yellow card of the match and was sent off in the 61st minute.

The loss marked the end of Chivas’ matches at the exhibition competition while Atletico Madrid face Real Madrid on Friday.