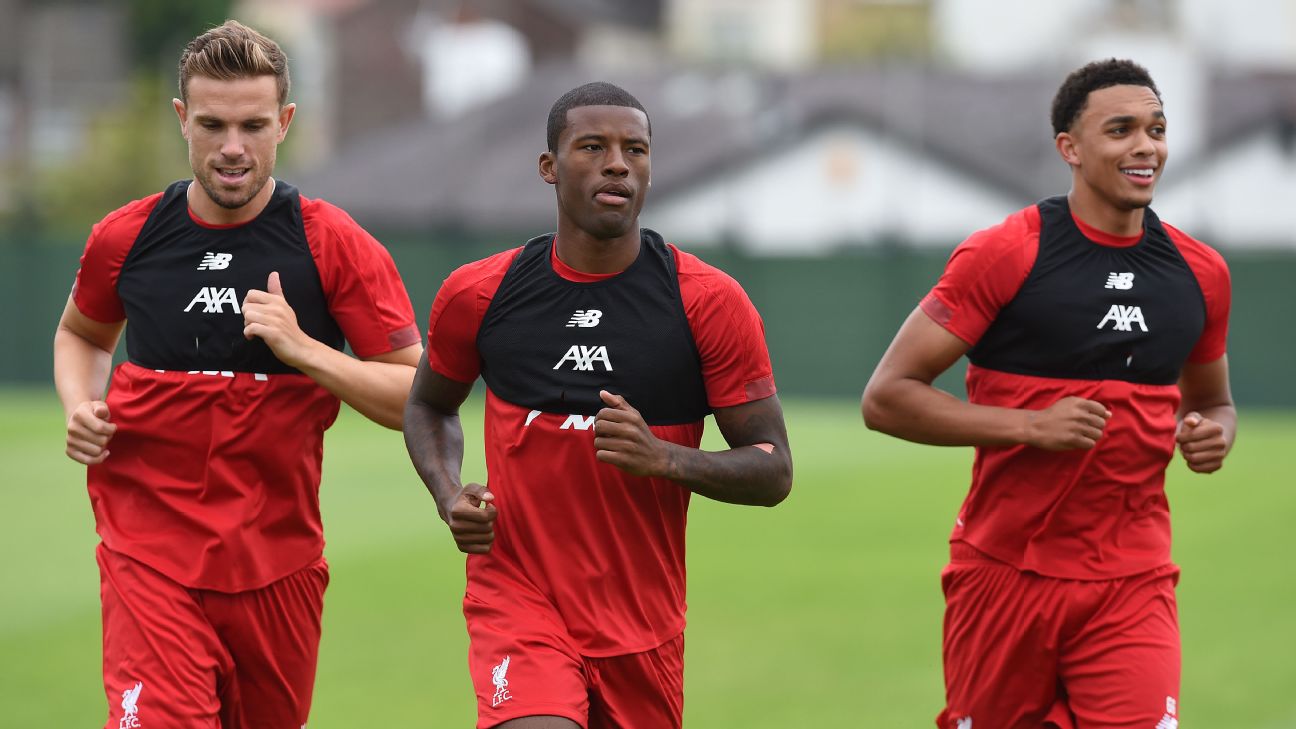 Georginio Wijnaldum has rejected the idea that Liverpool’s stellar 2018-19 campaign cannot be repeated and said the squad is capable of challenging for Premier League and European honours again.

The midfielder, who scored twice in the phenomenal Champions League comeback against Barcelona in the second leg of the semifinals and started in the 2-0 victory over Tottenham which secured a first trophy under Jurgen Klopp and a sixth European Cup for the club, is confident his side will be a force in the new season.

Wijnaldum said he feels Liverpool can mirror the relentlessness of Manchester City, who followed up their 100-point haul in 2017-18 by getting 98 last time out, earning them consecutive league titles.

“I think it’s about consistency,” he said during Liverpool’s preseason tour of the United States. “In the Premier League, it is so difficult to collect the amount of points [97] we did last season. And City did it twice!

“So that’s the challenge we have. We have a team that can do it, and we want to try and do better than last year. Hopefully we can bring more titles to Liverpool.”

The Netherlands international said the euphoric scenes around the Champions League triumph — from the trophy lift to the parade — is an addictive experience his teammates are determined to replicate.

“Now we know what it’s like to win something, and not only that, to celebrate with the city as well, we want it again,” Wijnaldum said. “It’s not just the team, the people who work here, it’s the supporters, the city — it felt like the whole world was happy when we won it!

“You get a feeling that you are not only doing it for yourself, you’re making so many people happy and that’s probably the biggest high for a player. Everywhere you go, every day, everyone reminds you, everyone wants to speak about it.

“They all want to talk about how we won it six times, and how they felt. You can’t avoid that. But like the manager has already said, we have a season ahead of us now and we have to focus on that. We want to try to win it again, and to try to win even more.”

Wijnaldum said Klopp had WhatsApped him one particularly special piece of content following their victory in Madrid.

“He sent me a video which starts where we lost the [2018] Champions League final in Kiev [to Real Madrid] and it shows our progress from there,” he said.

“The manager sent me it over the summer, so it was good to watch and remember all those moments and those games.”