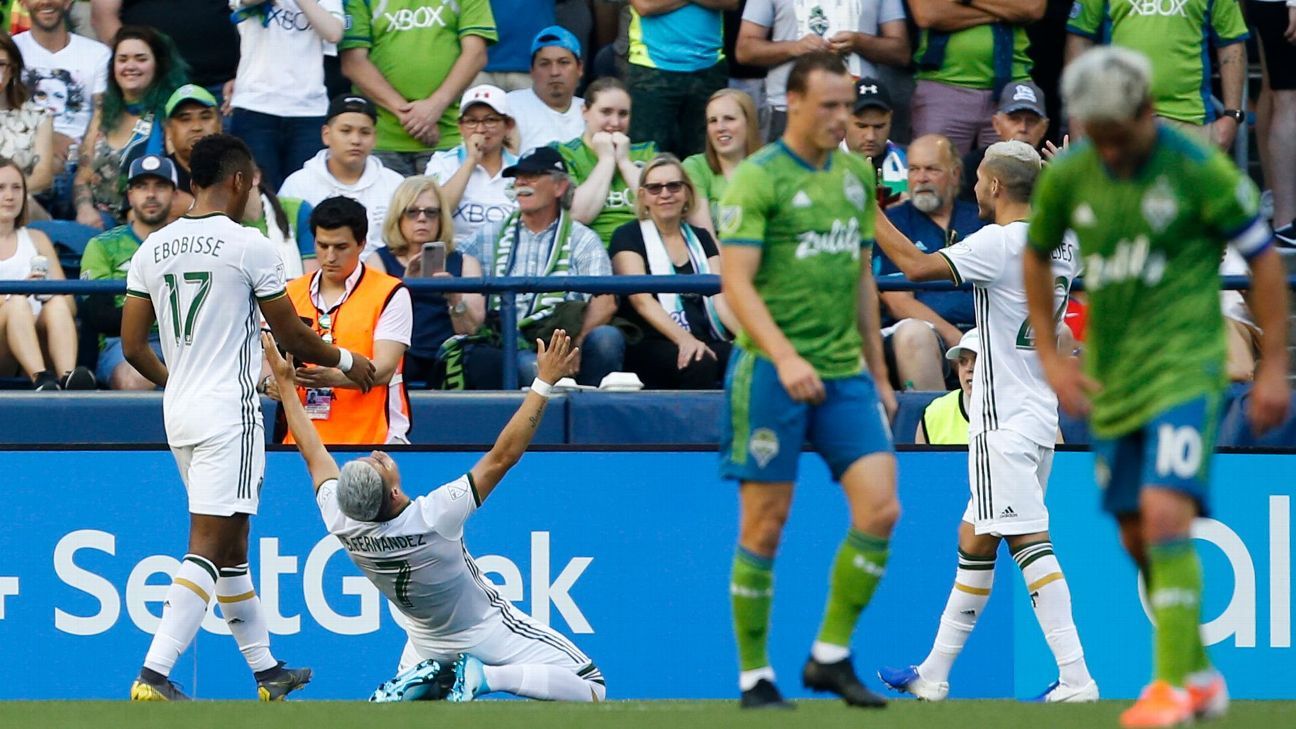 Raul Ruidiaz scored his team-leading eighth goal for the Sounders (10-6-5, 35 points), who dropped to 8-1-2 at CenturyLink Field.

Fernandez, who signed as a designated player on May 6, has a team-leading eight goals in just nine matches for the Timbers (8-8-4, 28 points), who extended their unbeaten streak to five games. Portland pulled within two points of the seventh and final playoff spot in the Western Conference.

Fernandez opened the scoring in the 20th minute. Teammate Jorge Moreira‘s 15-yard blast toward the top right corner of the net by tipped off the crossbar by Sounders goalkeeper Stefan Frei but the rebound bounced past Seattle defender Roman Torres and to Fernandez at the top of the 6-yard box. His sidewinding shot found the empty net.

Ruidiaz nearly tied the score two minutes later, but his redirection of Jordan Morris‘ cross from about 2 yards out somehow sailed over the crossbar.

Ruidiaz did tie it in the 50th minute. Torres’ long ball from his own half of the field was headed backward by Portland defender Julio Cascante and right into Ruidiaz’s path. The forward deked Timbers goalie Steve Clark and put a left-footed shot from 15 yards out into an empty net.

Fernandez struck with the winner a minute later, taking a cross from Sebastian Blanco on the right wing and swiping a one-timer from about 10 yards out just under Frei’s left arm. Diego Valeri was also credited with an assist on the play.

The Timbers’ Clark made seven saves and the Sounders’ Frei had three.

The Timbers’ victory also prevented the Sounders from retaining the Cascadia Cup, which goes to the winner of the three-team series between Seattle, Portland and Vancouver.