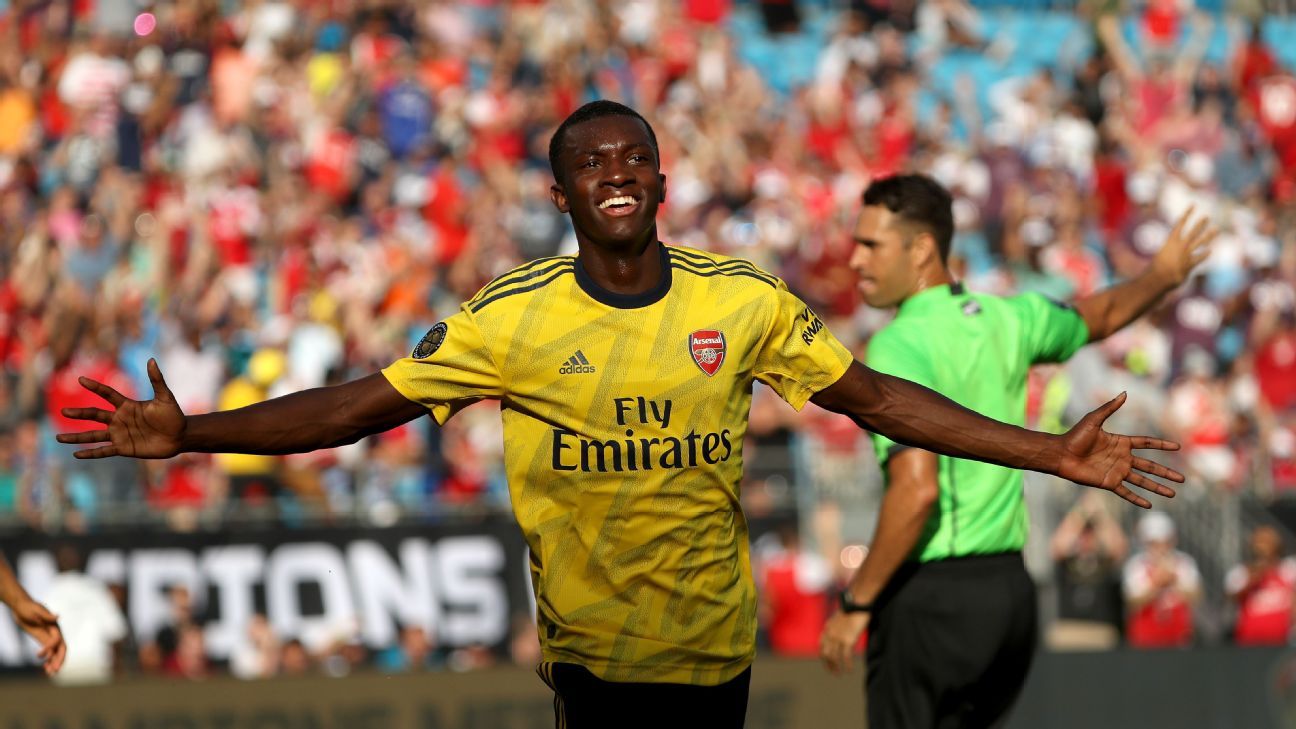 Eddie Nketiah continued his fine pre-season form with two goals as Arsenal produced a 3-0 victory over Fiorentina in the International Champions Cup in Charlotte on Saturday.

Arsenal fielded a young side with Nketiah, who scored the winner against Bayern Munich in Arsenal’s last match, leading the line, and the 20-year-old wasted no time in finding the net again when he opened the scoring in the 15th minute.

Fiorentina pushed for an equaliser as Arsenal rang the changes in the second half, and two substitutes — Henrikh Mkhitaryan and Alexandre Lacazette — combined to create an unmissable chance for Nketiah to make it two in the 65th minute.

Defensive errors were again a common occurrence in the Arsenal backline, but Fiorentina failed to take advantage, and Joe Willock ensured the EPL side’s second win from two games with a late third goal.