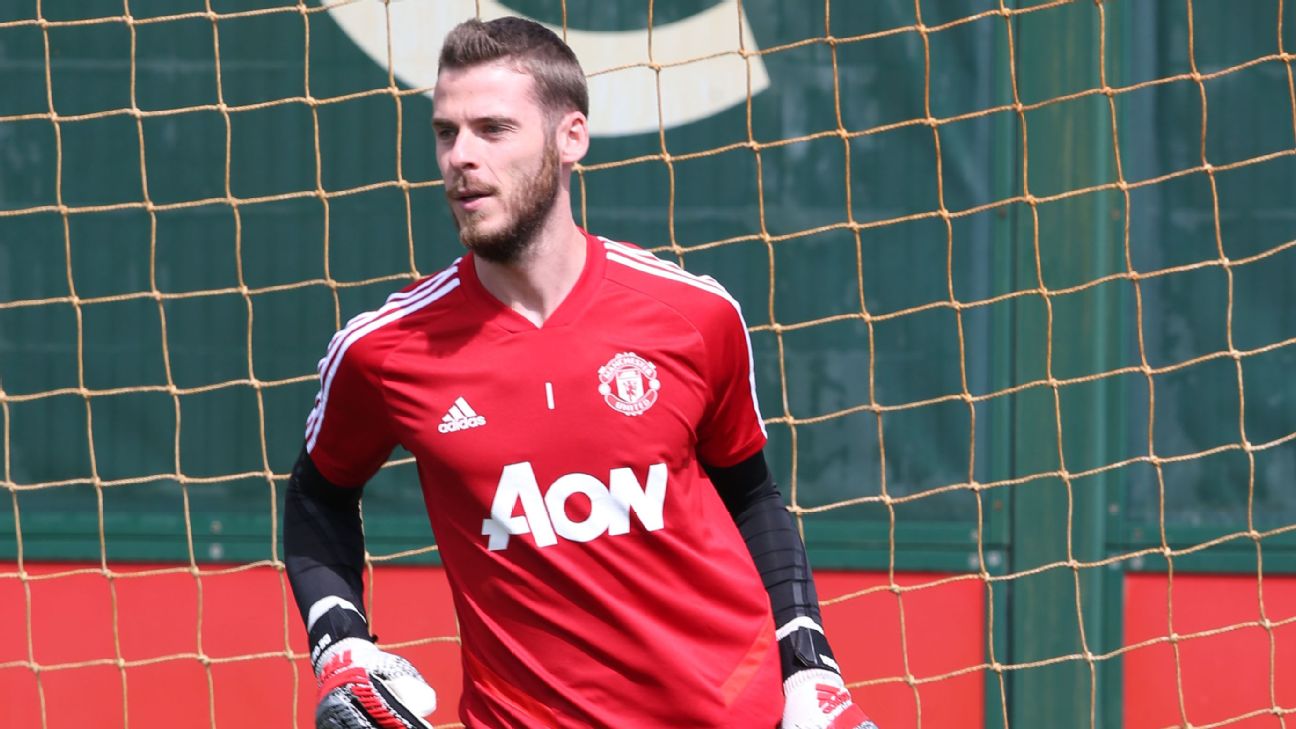 David De Gea has thrown his hat into the ring to be Manchester United’s next captain.

United manager Ole Gunnar Solskjaer is looking for a new skipper after Antonio Valencia‘s departure and De Gea, who is set to sign a new six-year deal, said he is ready to do the job.

“I’ve been captain for some games,” De Gea said. “Of course it is amazing to be captain of a club like Manchester United and defend this badge.

“It’s amazing, so of course I’ll be really, really happy to captain.”

There was speculation De Gea could leave Old Trafford this summer until a breakthrough in contract negotiations.

The Spain No. 1 suffered a dip in form at the end of last season but the 28-year-old is determined to help United recover from a disappointing sixth-place finish.

“It’s my ninth season, I feel like one of the most experienced players,” De Gea said.

“I need to show that on the pitch and try to help the young guys know what Manchester United means and that’s important.

“We have to improve a lot. We are Manchester United; we need to fight for trophies.

“When you put on this badge, that’s what it means — fight for everything, give your best and bring the team again to the top.”

Sources: Barca to appeal Lewandowski’s ban
FIFA president helped set me free – WC protester
Neymar set to return for Brazil against S. Korea
‘The best in the world’: Why Brazil’s Casemiro is essential to their World Cup hopes
Golden Boot Mbappe having WC of his ‘dreams’