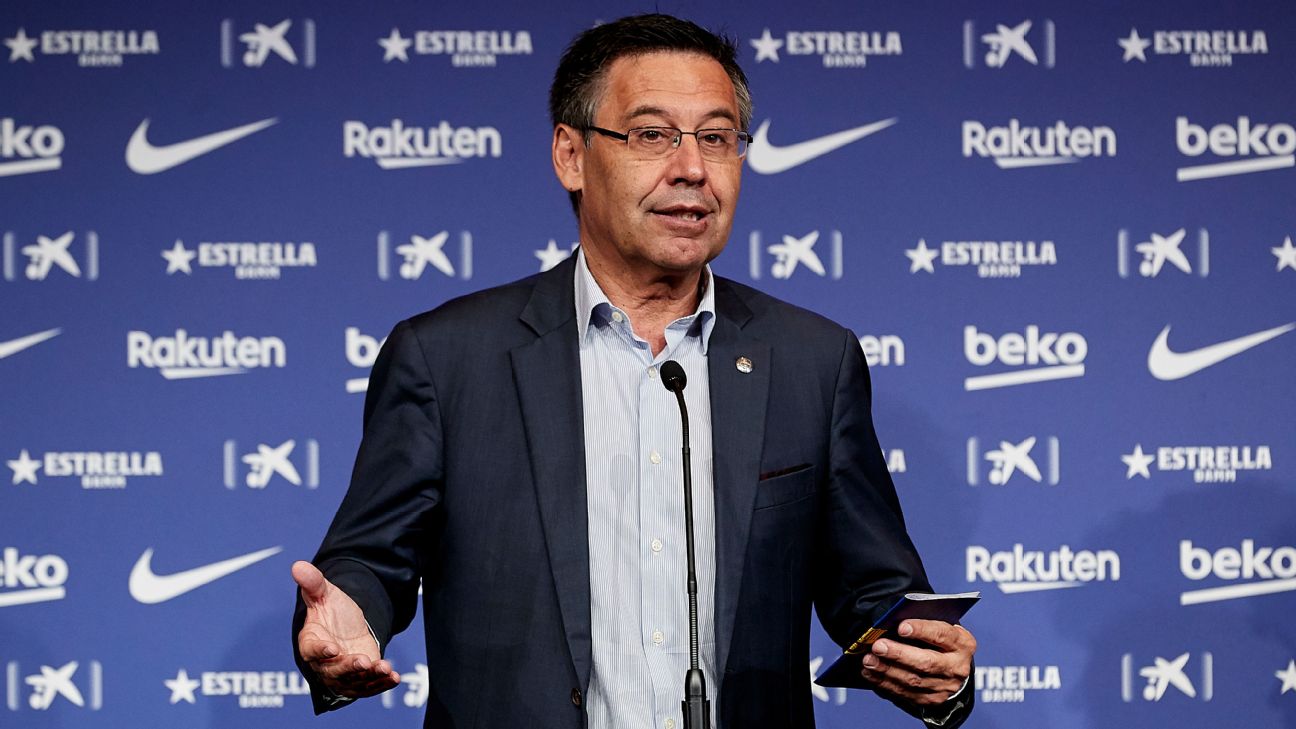 Barcelona’s director of football Pep Segura could be leaving the club in the next few days as part of a new revolution to the sporting structure of the club, sources have told ESPN FC.

Sporting director Eric Abidal will take on a role with even more responsibility in the new organisation alongside his assistant Ramon Planes, while former player Patrick Kluivert will return to the club having spent the past months working as Clarence Seedorf’s assistant with the Cameroon national team.

– When does the transfer window close?
– All major completed transfer deals
– Transfer Talk: Neymar turns to Juventus for PSG exit

Josep Maria Bartomeu, the club’s president, has been working on these changes for a couple of weeks and the position of Segura, who previously worked as Liverpool’s youth academy technical manager, has been called into question within the club.

Segura’s bad relationship with the board worsened following Barca’s elimination from the Champions League in the semifinals against Liverpool, who managed to overturn a 3-0 deficit from the first leg to reach the final and win the trophy. His position has weakened even more after the club’s vice-president decided to resign on July 3.

Barring a surprise at the last minute, Segura will leave his position in the upcoming days and Abidal will take control of the professional football area alongside Planes. The two are preparing the team for next season and so far, they have signed Frenkie de Jong, Neto and Antoine Griezmann. They have also managed to balance the books with the sale of players who were not in Ernesto Valverde’s plans such as Jasper Cillessen, Andre Gomes and Denis Suarez.

Meanwhile, the club are in advanced negotiations over Kluivert’s return after he was recently sacked by Cameroon. The former Dutch international has a son who plays in the club’s academy. He has a good relationship with Bartomeu which has helped accelerate the negotiation process and they hope to conclude a deal in the upcoming days.

Kluivert has experience in the role after working as Paris Saint-Germain’s technical director during the 2016-17 season but his job at Barca will be associated with football.

Messi breaks Maradona’s World Cup goals tally
France back Mbappe in QF battle with Walker
What’s it like to take a penalty at the World Cup? ‘No joy, just pure relief’
You can’t go deep in a World Cup if you can’t score goals; the USA were doomed
PSG keen on Bellingham, not Ronaldo – president