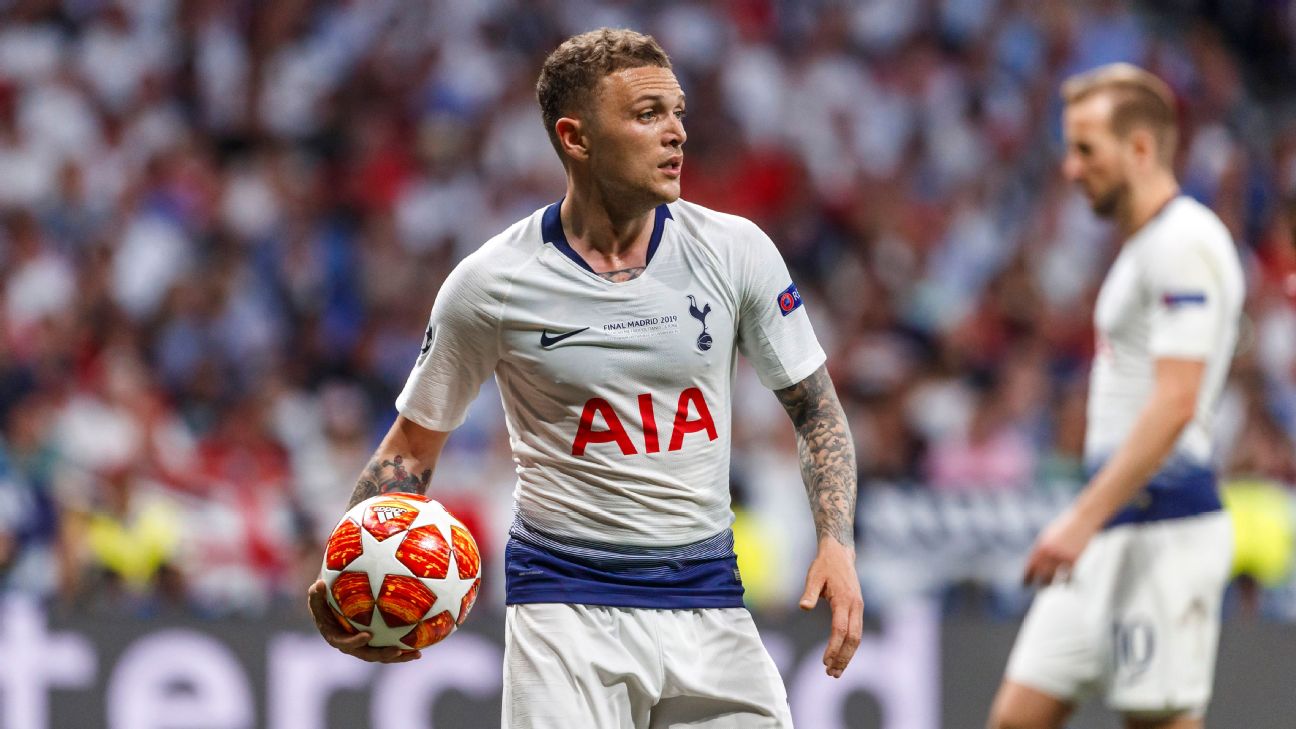 Atletico Madrid have signed Kieran Trippier from Tottenham for around €25 million.

The England international had been expected to leave North London this summer and was initially linked to a move to Serie A with Napoli and Juventus mooted as potential suitors.

However, after agreeing a deal with Tottenham, Trippier arrived in Madrid on Wednesday where he underwent a medical before putting pen-to-paper on a three-year deal.

Trippier, 28, started his career with Manchester City’s youth team but, after two loan spells to Barnsley and one at Burnley, he joined the Turf Moor side on a permanent basis in 2011, having made no first team appearances at the Etihad.

He earned promotion to the Premier League with Burnley in 2014 but, after suffering relegation back to the Championship the following season, Trippier joined Tottenham.

After two seasons as Kyle Walker‘s replacement, he established himself as first-choice and started the Champions League final defeat to Liverpool in 2019.

Trippier was the first choice right-back in the England side which finished fourth in the 2018 World Cup and scored a free-kick in the 2-1 defeat to Croatia in the semifinals.