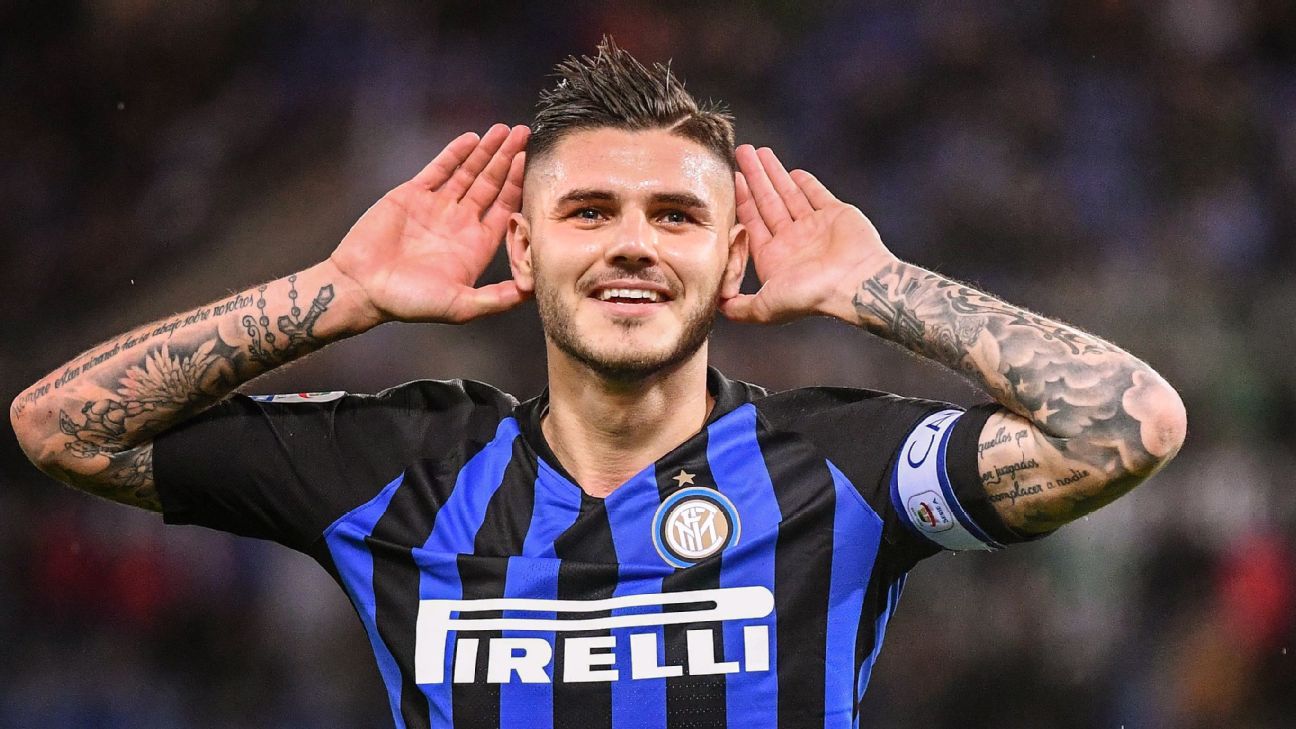 Icardi to make Serie A switch to Juve

Mauro Icardi is the latest big name linked to a move with Juventus, according to reports in Italy.

Calciomercato are claiming that wantaway Inter striker Icardi has chosen Turin as his next destination, while Corriere Dello Sport agree, suggesting that Juventus are keeping the No. 9 shirt open for the current Inter striker until he makes the switch.

Icardi has filled these transfer pages for most of the summer, with a ‘”will he or won’t he” narrative fuelling much of the transfer rumours since the end of the 2018-19 campaign. He was frozen out of the club before then going on strike after being stripped of the captaincy.

Now though, with the season fast approaching, he looks set to be edging closer to a move to the Serie A champions.

That deal could hinge on Inter’s ability to prise Romelu Lukaku away from Manchester United, with boss Antonio Conte reinforcing his desire that he is keen to land the Belgian attacker.

As always, a domino effect could be looming, but we await the first move.

Paris Saint-Germain are keen on taking France international Blaise Matuidi back to the Parc Des Princes, according to Le Parisien.

Matuidi was a popular figure in the French capital during his six-year spell at the club between 2011 and 2016, and PSG have been told that £20 million could be enough to seal the deal.

Juventus have an embarrassment of riches in the midfield area after having signed both Aaron Ramsey from Arsenal and Adrien Rabiot from PSG, both on free transfers. The duo joins Rodrigo Bentancur, Sami Khedira, Emre Can and Miralem Pjanic competing for places in the centre.

Manchester United are also keen on Matuidi as they look to revamp their squad ahead of the new season, but Matuidi is said to favour a return to France.

He started his career at Troyes before moving to St Etienne and PSG. Now 32, he is still known for his box-to-box capabilities and endless running.

Chelsea rising star and Wales international Ethan Ampadu looks to be joining Bundesliga giants RB Leipzig on loan this season, and the Guardian reports that Chelsea currently negotiating a deal that would see him head to Germany for the duration of the 2019-20 campaign.

Ampadu was left out of the Blues’ squad that flew to Japan for their two-game tour and instead the 18-year-old has been having a medical with a view to getting first-team football this season.

Chelsea boss Frank Lampard tried to secure Ampadu when he was in charge of Derby County, but it seems now the youngster could be loaned out again from Stamford Bridge.

– Crystal Palace are looking to replace Aaron Wan-Bissaka with Arsenal full-back Carl Jenkinson, and they could land him for a tenth of the fee they made from the sale of Wan-Bissaka to Manchester United. Eagles boss Roy Hodgson still needs defensive reinforcements and he could turn to the player he awarded an international debut while England manager. Jenkinson played just eight times in 2018-19 and could cost as little as £5m.

– Manchester United goalkeeper Dean Henderson is close to penning a new deal that would see him return to Sheffield United on loan for the duration of the 2019-20 season. Henderson has just one year left on his current contract and talks between club and player appear to have been positive, reports the Daily Mail. Blades boss Chris Wilder is keen to use Henderson again, while United view the youngster as a future No. 1.

– Atletico Madrid have already been the big winners in this summer’s transfer window, and now Marca are reporting they could turn to Tottenham’s Christian Eriksen if they fail to land James Rodriguez from Bayern Munich. Atletico have spent big this summer and they look set to add further to their squad, but they appear unwilling to pay the desired fee for Colombian Rodriguez.