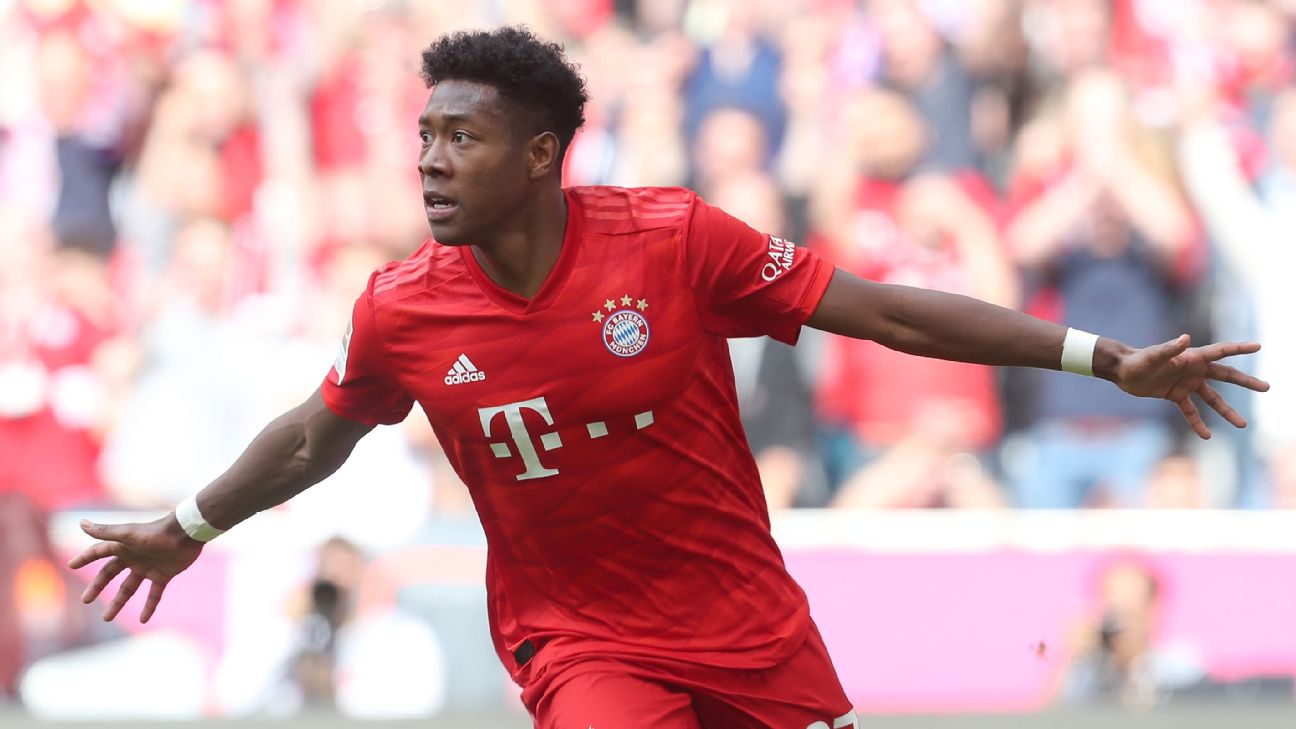 Barcelona have made Bayern Munich defender David Alaba their No.1 target as they look to bring in competition for Jordi Alba this summer, various sources have confirmed to ESPN FC, but they are also weighing up other options.

Real Betis youngster Junior Firpo‘s name is also on the table, while sources say there is a third candidate who, like Alaba, plays in the Bundesliga.

Alaba, 27, offered himself to Barca through his agents several weeks back and is the club’s first choice due to his versatility and experience at the top level.

Barca believe he would bring competition for Alba — who is the only left-back in Ernesto Valverde’s squad — but also like the fact he can play in the middle of the back four after missing out on Matthijs de Ligt to Juventus.

In that sense, they view him fulfilling a similar role to that played by sporting director Eric Abidal during his playing career at Camp Nou, while he could also provide cover for Sergio Busquets in midfield if needed.

Despite Alaba’s desire to make the move, negotiations with Bayern will not be easy.

“The player is interested in coming,” a source at Barcelona told ESPN FC. “It’s a complicated operation, but not an impossible one.”

The Austria international has two more years on his deal at Bayern but his intention is to move clubs, even more so since the German champions invested €80 million in Atletico Madrid’s versatile defender Lucas Hernandez.

Bayern are keen on Barca’s Ousmane Dembele as they look to rebuild their attack following the departures of Arjen Robben and Franck Ribery.

Therefore, with Barca reluctant to sell the Frenchman, they will not make things easy with Alaba.

Junior is a more attainable target. Betis are ready to sell him for less than his €40m release clause, but Barca will push for their first two options before turning to the Spain under-21 international.

Cheaper options have already been explored and rejected. Filipe Luis, without a team after his Atletico contract expired, and Alberto Moreno, who left Liverpool for Villarreal on a free, were both turned down.

Meanwhile, academy graduate Marc Cucurella, another option to provide competition for Alba, has joined Getafe on loan until the end of the season.

The Madrid-based side have an option to buy 60 percent of the defender’s right’s next summer for €6m. Barca had re-signed him from Eibar on Wednesday for €4m to facilitate the deal.