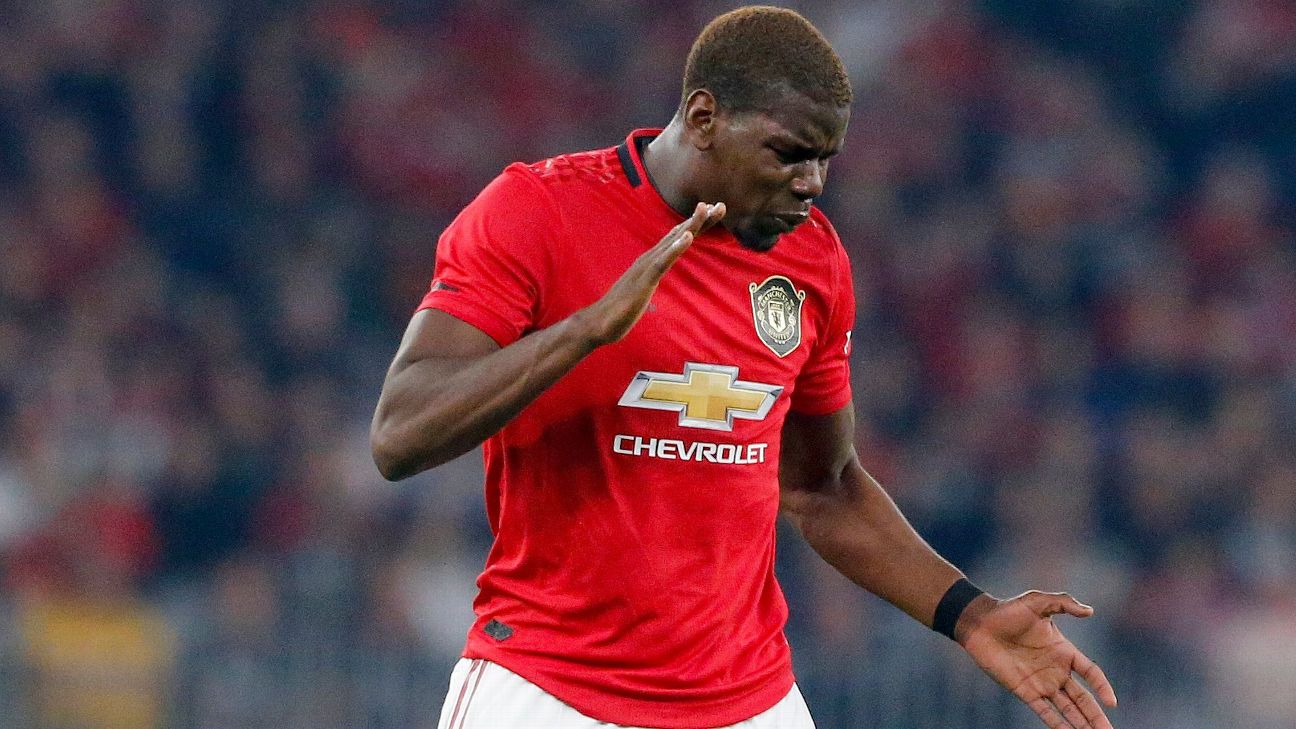 SINGAPORE – Maurizio Sarri has left the door open for a Juventus return for Paul Pogba by admitting his admiration of the Manchester United midfielder and refusing to rule out a bid for the 26-year-old.

Pogba left Juventus for United in a then-world record £89.3 million move to Old Trafford in August 2016, but the France international has spoken publicly of his determination to a seek a “new challenge” elsewhere this summer.

United have insisted that Pogba is not for sale, but sources have told ESPN FC that the club would only listen to offers in the region of £160m for the player.

But with Juventus keen to re-sign their former player, despite having already added Matthijs de Ligt, Aaron Ramsey, Adrien Rabiot, Lorenzo Pellegrini and Gianluigi Buffon to the club’s wage bill this summer, former Chelsea coach Sarri stopped short of ruling out a move for Pogba when asked about the player in Singapore on Saturday.

“I am not the technical director, so I do not know [if Pogba will come to Juventus],” Sarri said. “I like him very much, but I don’t know the situation.

“Paul Pogba is a Manchester United player, so I don’t want to talk about that.”

De Ligt finally completed his €75m summer move from Ajax earlier this week and Sarri admits he will play some part against Spurs.

“De Ligt just joined and he does not have a minute of practice in his legs,” Sarri said. “But he has to play for the team, so we will hope to get him some minutes against Tottenham.”