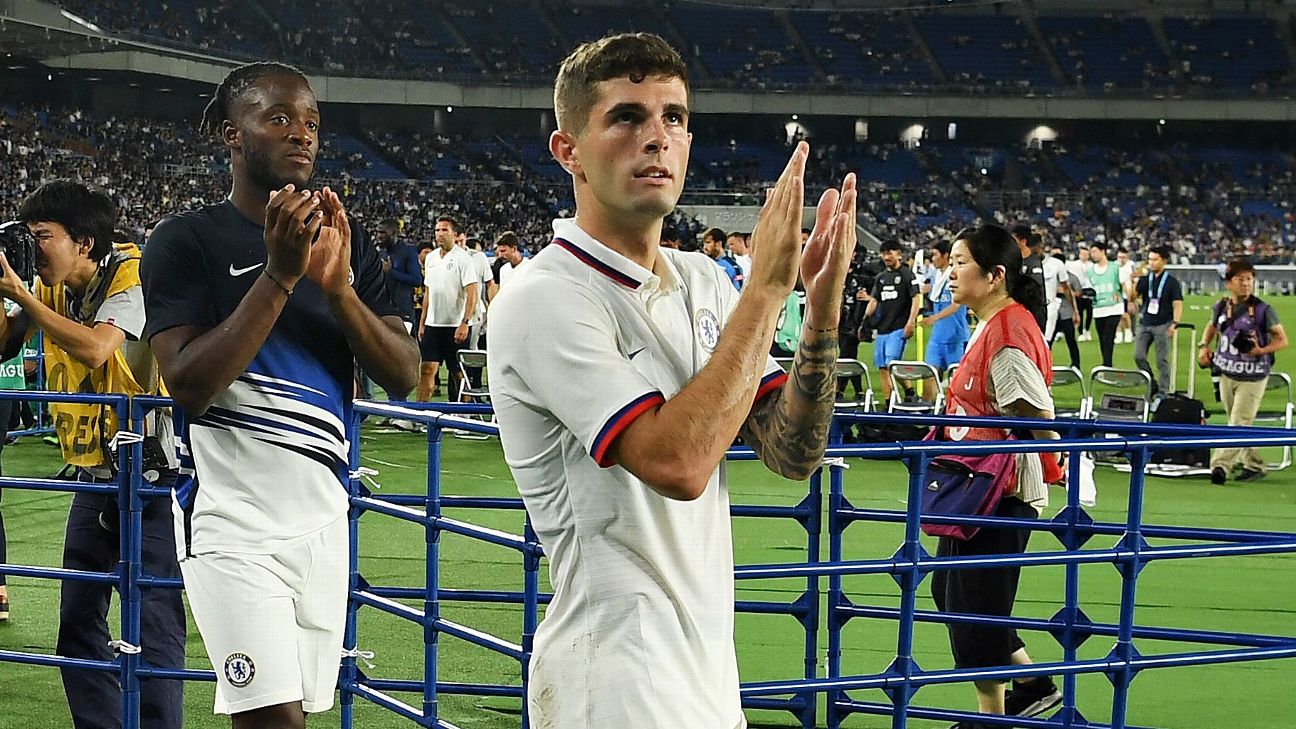 Christian Pulisic made his Chelsea debut in a 1-0 friendly loss to Kawasaki Frontale in Yokohama, Japan on Friday.

Chelsea were second best against Kawasaki and the raucous home crowd got what they wanted when Brazilian striker Leandro Damiao took advantage of some sloppy Chelsea defending to head the winner four minutes from full-time.

But the day marked the U.S. international’s first action since joining the Blues in a record deal for an American player this summer, coming on for the final 25 minutes after replacing Mason Mount in midfield.

“I’m really happy to be here with the team and get into an actual match for the first time. It feels really good. We wanted to come out with a win but yeah, definitely happy,” Pulisic said of his first appearance with the club after the match.

Pulisic played with the U.S. at the 2019 Gold Cup before meeting up with Frank Lampard‘s side for preseason preparation. While he admitted to some early adaptation issues, he spoke highly of the experience thus far.

“Yeah it’s been tough getting into the things but I’m feeling really good,” Pulisic said. “Obviously it’s great to work with the coach and all these guys that’s testing me and I’m having a great time so far.”

A Chelsea great, Lampard’s guidance has been welcome for the former Borussia Dortmund man.

“It’s been great,” Pulisic said of his relationship with Lampard. “Obviously I grew up watching him and having him here, giving me pointers and helping the team is awesome to have him around and it’s nice to have a guy we can really relate to, so it’s been great so far.”

Chelsea next play Barcelona in a Tuesday friendly in Saitama, Japan.

“It’s going to be another great game and it’s going to get us more and more ready for the start of the season.” Pulisic said of the match.