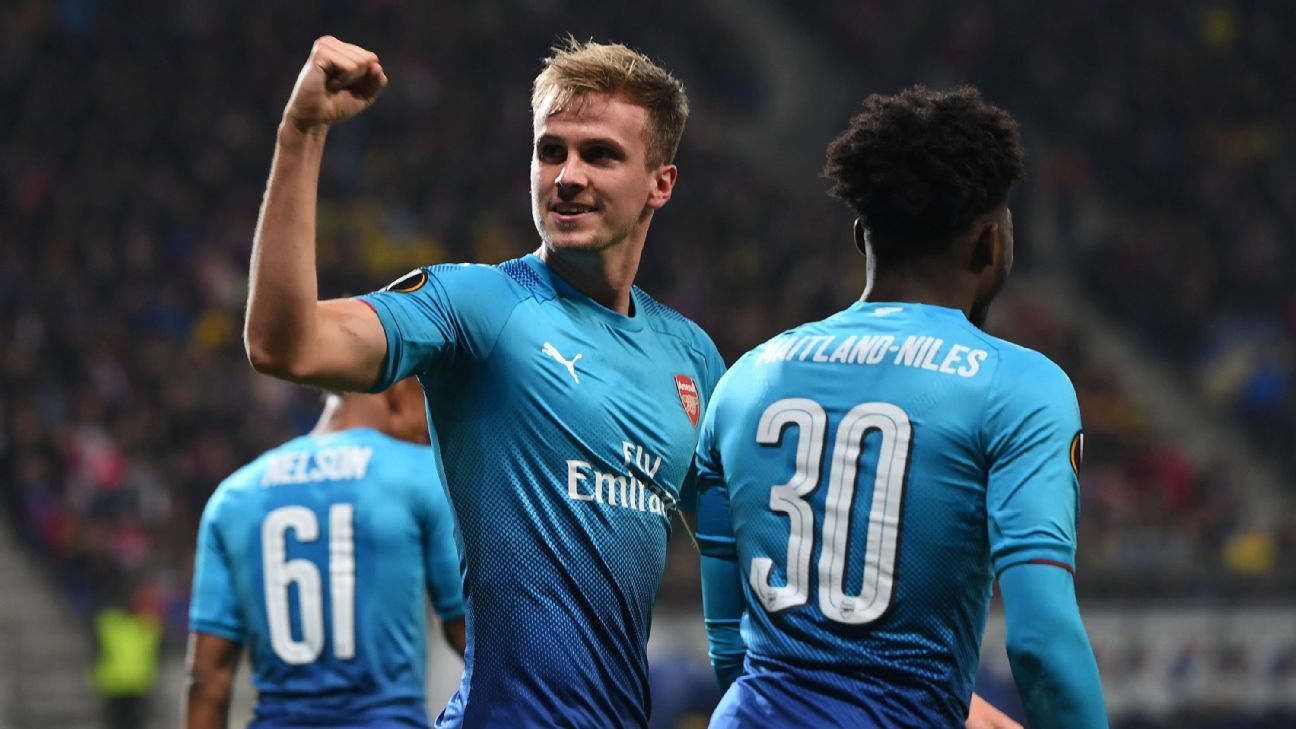 Arsenal manager Unai Emery said on Thursday that he was planning for the potential departure of club captain Laurent Koscielny while mulling a leadership role for young defender Rob Holding.

Koscielny refused to join the Premier League club on their U.S. tour amid British media reports linking the 33-year-old French centre back with a move to Ligue 1 sides Girondins Bordeaux and Olympique Lyonnais.

Emery had labelled him an “important player” earlier this week but has now openly admitted Koscielny could leave.

However, the 23-year-old Holding could step up to be one of Emery’s “five captains” — all able to wear the armband when called upon, the manager said.

“I want one English player in these five captains,” Emery told a media conference in Los Angeles ahead of the International Champions Cup match against Fiorentina on Saturday.

“Last year [Granit] Xhaka, Mesut [Ozil] and Nacho [Monreal] were working as captains. But after Aaron Ramsey and Petr Cech left — and possibly Laurent Koscielny — I will want more.

“An English player who grew up in our academy can understand the English spirit and Arsenal values. These are the qualities and more [we want].

“We are really happy with his [Holding’s] progress. We need his performances as a centre back. [Before] he had his injury he was really playing with big performances.”

The only other English senior players in the squad are Calum Chambers, who spent last season on loan at Fulham, and fringe right-back Carl Jenkinson.

No Ronaldo, no problem: Replacement Ramos hat-trick lifts Portugal into quarterfinals
Ronaldo exit threat rumours false – Portugal FA
‘The best in the world’: Why Brazil’s Casemiro is essential to their World Cup hopes
Do Spain’s players match Luis Enrique’s desire?
Everything you need to know about Goncalo Ramos, the man who replaced Ronaldo and Nunez