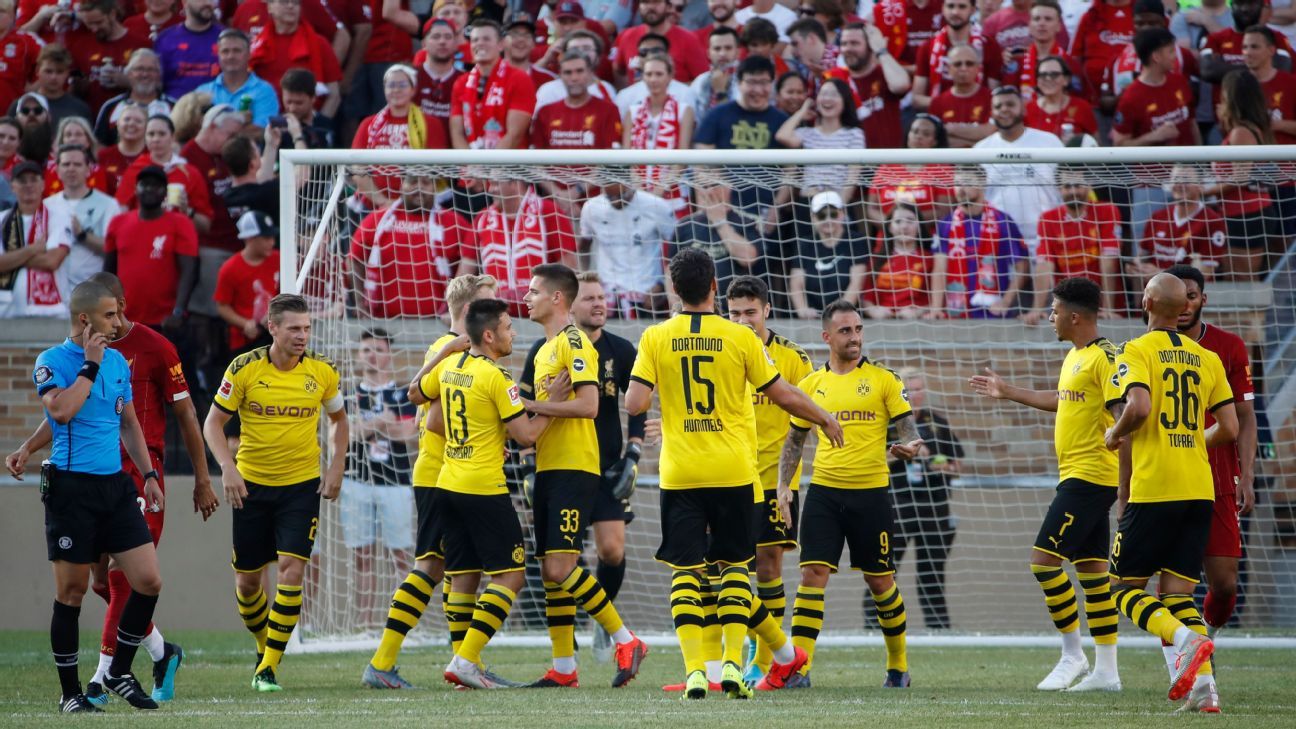 Alex Oxlade-Chamberlain provided the sharpness and dynamism Jurgen Klopp will have been delighted to see despite Liverpool suffering a 3-2 preseason defeat to Borussia Dortmund.

The England international, who was involved in just four matchday squads last season as he recovered from multiple ligament damage, was the standout star for the European champions at Notre Dame Stadium.

His explosive runs from midfield were on show and he provided the impetus in attack for the Reds during the first outing of their US tour.

Oxlade-Chamberlain’s cross from the right, which Ryan Kent connected with nearly had Liverpool level after Paco Alcacer converted from close range following poor defending three minutes in, but Marwin Hitz pulled off a superb save.

Klopp’s side did equalise after Fabinho supplied a lovely pass, which was met by a clever Kent dummy before Harry Wilson applied the finish to a well-worked goal.

Dortmund responded with a quick double in the second half after making nine changes with Thomas Delaney scoring after Liverpool switched off at a corner.

Bruun Larsen then profited after Yasser Larouci, who had impressively kept Jadon Sancho quiet in the first 45, tried to dribble out of the box and lost the ball to Marius Wolf who pulled it back for the winger.

Rhian Brewster reduced the deficit from the penalty spot with a supremely confident take for his fourth goal in three games after Ben Woodburn was impeded by Mateu Morey.

The Reds will face Sevilla at Fenway Park on Sunday, before closing off their U.S. commitments with a test against Sporting at Yankee Stadium next Wednesday.