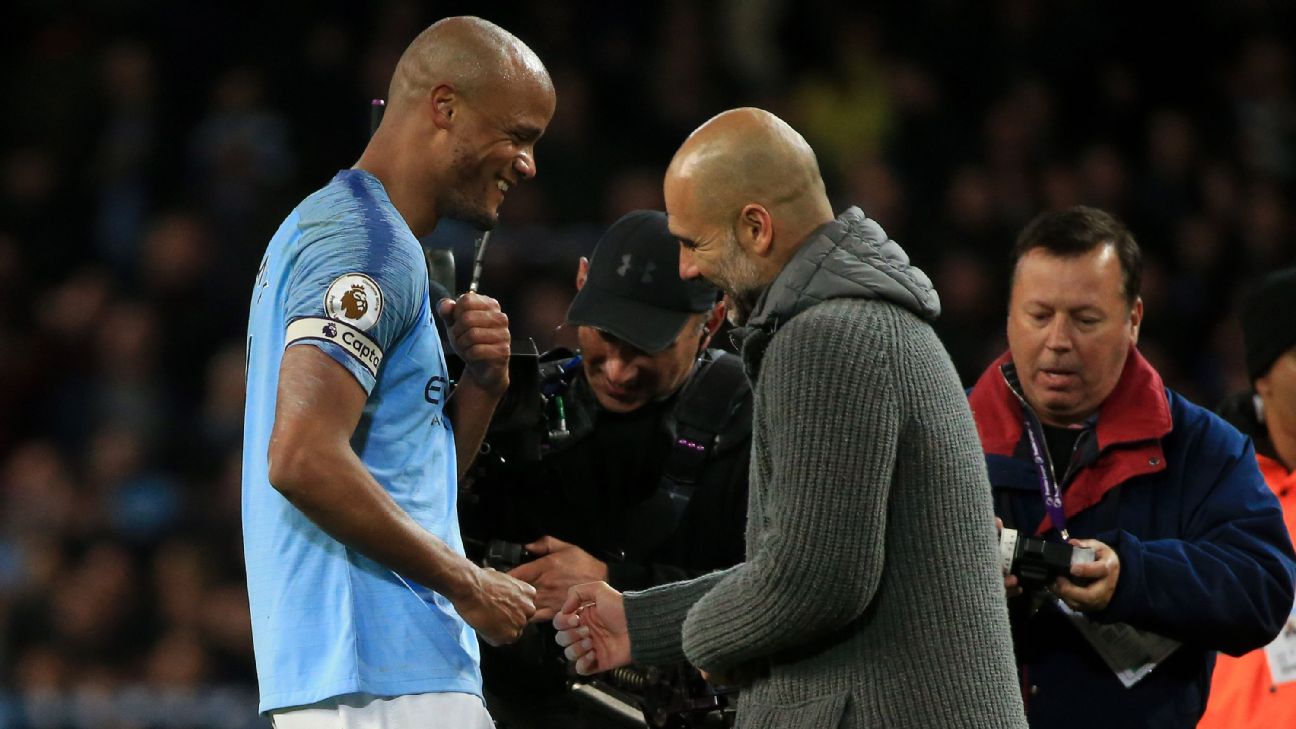 Manchester City boss Pep Guardiola has said he will let the players choose the next club captain after Vincent Kompany ended his 11-year stay at the Etihad to become Anderlecht player-manager.

Kompany led City to four Premier League titles and David Silva, the longest-serving player at the club after the Belgium international’s departure, was handed the armband for the 4-1 victory over West Ham United in the Premier League Asia Trophy clash in Nanjing on Tuesday.

However, the City boss said no decision has been made over who would be the next permanent captain.

“They will choose the captain when we are all together,” Guardiola said of the players. “After they are all back [they are] going to make a meeting and decide who is going to be captain.”

Kevin De Bruyne said he would be happy to take the armband, adding: “If the team wants me to be captain, or the club does, I would gladly accept it but I think that’s something everybody needs to talk about as a team, as a club. This will be talked about when everyone comes back.”

Meanwhile, Guardiola said he will strive to unlock the full potential of Germany international Leroy Sane but can only develop players happy to be with the Premier League champions.

The 23-year-old winger has long been linked with a switch to German giants Bayern Munich. He has been offered a contract extension at City but is yet to sign, having struggled to hold down a regular starting spot last season.

“The club made him an offer last year. have said many times, we want people happy to be here,” Guardiola told a news conference after the win over West Ham.

Sane, whose contract expires in 2021, provided an assist in the match to earn praise from Guardiola who said City could still improve the 2017-18 PFA Young Player of the Year.

“We are going to help him be the best, we know his potential and what level he is. He has a special quality that is difficult to find around the world,” Guardiola added.

“He knows, they all know … how difficult it is to play [regularly], because of the quality we have.

“But at the same time, I spoke to the club 10 times [to say] I want people here to be happy. If they don’t want, they go. The desire to have him … is always there.”

City start their title defence away at West Ham on Aug. 10.

Information from Reuters was used in this report