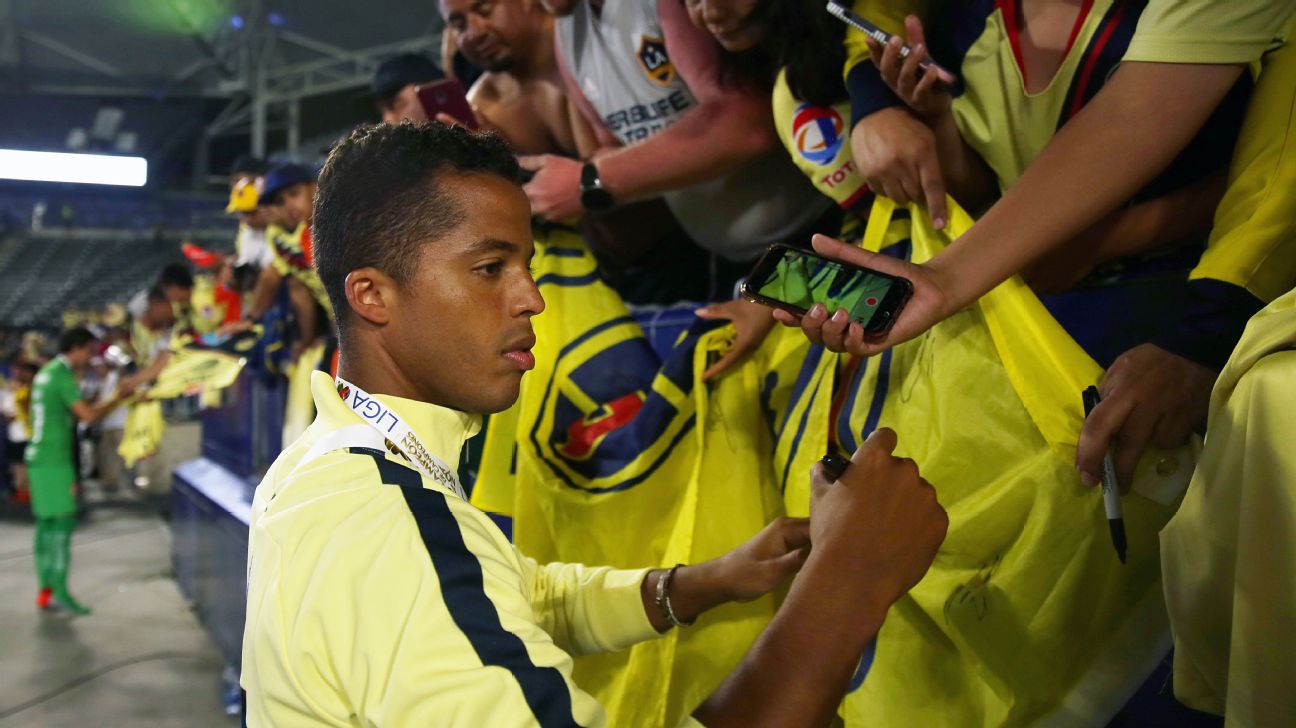 Club America forward Giovani dos Santos slammed former club LA Galaxy and suggested his career could have ended due to injury concerns if he had stayed with the team.

Dos Santos left the Galaxy ahead of the current season after the club exercised its option to buy out the Mexico international’s contract, leaving the 30-year-old’s career in limbo, until he signed for Liga MX giant Las Aguilas earlier this month.

The former Barcelona player has stated that Galaxy’s medical staff were at odds with the advice Dos Santos — the second highest paid player in MLS — was getting from outside the club.

“Four months ago I started to train with the [Galaxy] and there was a strange pain,” Dos Santos told Televisa, in Spanish. “They diagnosed it at the club and told me it was the knee; [Mexico and Club America kinesiologist Carlos] Pecanha said it was something else. They wanted to give me injections, but Pecanha was [also] advising me. Obviously as an employee of the club I have to do what the Galaxy medical staff tell me.”

Dos Santos accepted the injections, but believes retirement was a realistic prospect had he continued at the Galaxy.

“From being a muscular injury, they wanted an operation, they were trying to guess what it was,” he said. “If I’d stayed at the Galaxy, we’d now be talking about retirement.”

Dos Santos, who only started 10 games in MLS in 2018, also said that he was sick of his reputation as being an undisciplined player and added that one of the reasons that he didn’t stay at the Galaxy was that the club asked him to show public gratitude to the organization for renewing his contract.

“One of the conditions that they were demanding to renew [my contract] was that I had to go out and face the media, say thanks to the club for the renewal [and say] that I was indebted to the club, when I didn’t feel that way,” said Dos Santos. “If I’d have been undisciplined then I would’ve owed the club that, but it was the opposite, I did everything that was within my means. It felt like it’d have been inappropriate to go out and say that I was more or less responsible for the club’s failings over the last two years.”

Dos Santos isn’t expected to make his debut for America this Saturday against Club Tijuana, with coach Miguel Herrera preferring to wait until “he is 100 percent.”

The Galaxy declined to comment on Dos Santos’ statements.