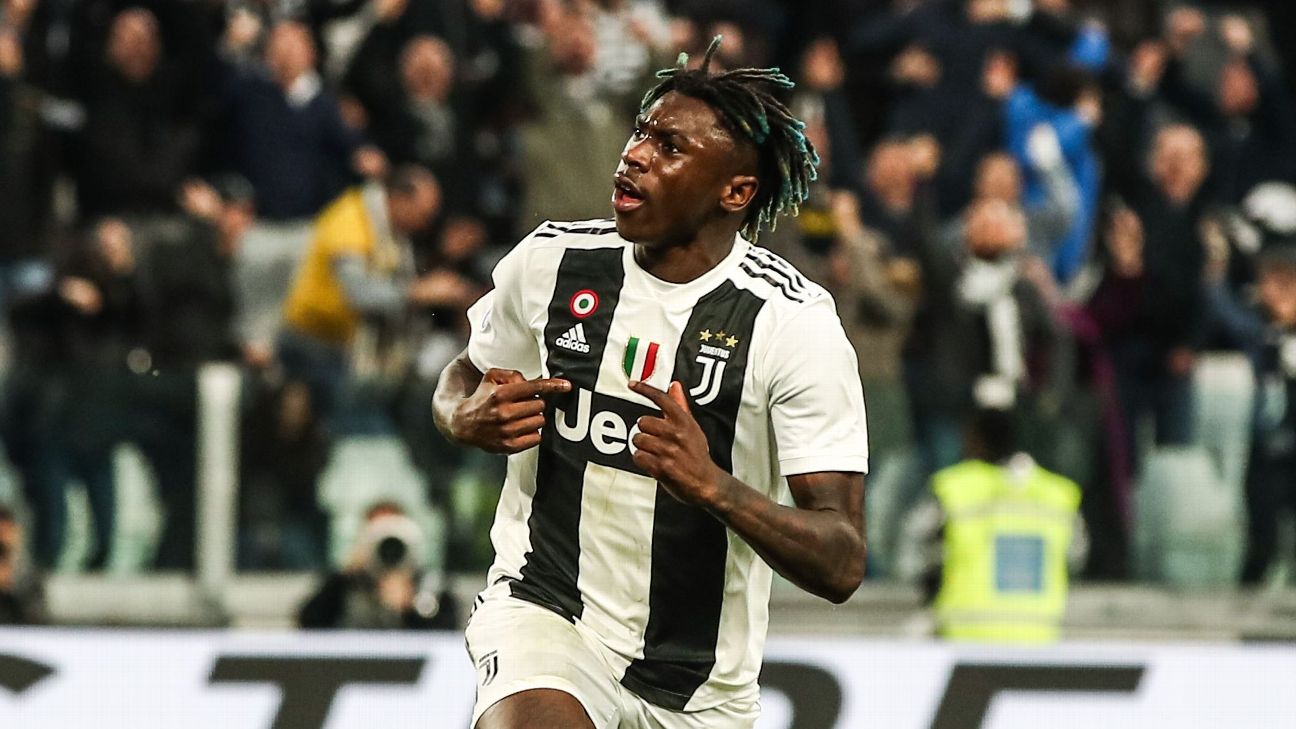 QUIZ: Which player are you? | What do Europe’s elite need?

Dortmund “Kean” on move for Moise

Bundesliga runners-up Borussia Dortmund are plotting a move for young Juventus striker Moise Kean, according to reports at Calciomercato.

Dortmund had initially been linked with a move for Kean’s Juve teammate Mario Mandzukic, but Lucien Favre’s side are now believed to have turned their attention to a forward 14 years younger than the Croatian, as they search for their next future star.

Signing Kean won’t come cheap, however, with Juventus having already rejected a bid of around €30 million from Everton, and Calciomercato also claims that Ajax are in talks with the Bianconeri regarding a deal for the three-cap Italy international.

Reports reckon it will take a bid of at least €40 million to convince the Serie A champions to sell the 19-year-old, who burst on to the scene last season with seven goals in 17 league appearances.

Real Madrid’s Luka Modric is on Milan’s radar should the La Liga side decide to sell the Croatian sensation.

According to Sky Sport Italia’s Gianluca Di Marzio, the player’s agent was meeting with Madrid officials over other clients when the possibility of Modric going to the Italian club emerged.

Roma are close to striking a deal that sees Spurs defender Toby Alderweireld head to the Eternal City, but reports in The Mirror claim they may have to lose one of their rising stars if they are to land the Belgian.

The sticking point in negotiations so far has been the Serie A side’s reluctance to meet the £25 million release clause in Alderweireld’s contract in north London, but negotiations could be about to make a breakthrough, with Tottenham interested in Roma midfielder Nicolo Zaniolo.

The 20-year-old Italy international is angling for a pay rise at the Stadio Olimpico, but officials in Rome have told him to earn one on the pitch first, and Mauricio Pochettino is hoping to use those tensions to his club’s advantage as talks continue between the two sides.

– The Telegraph claims Manchester City are willing to let £42 million centre back Eliaquim Mangala leave the Etihad on a free transfer, after he was left out of the travelling squad for the club’s Premier League Asia Trophy tour in China. The 28-year-old has been linked with moves to Portugal and Turkey.

– After baulking at Liverpool’s asking price for centre back Dejan Lovren, AC Milan have identified Newcastle’s Fabian Schar as a cheaper alternative, according to reports at Calciomercato. The Switzerland international is believed to be valued at around €15 million by the Magpies.

- Reports in Marca claim Bayern Munich have reached an agreement with Espanyol midfielder Marc Roca over a move to Bavaria, but the two clubs are yet to agree a fee for the Spain Under-21 international. Espanyol are believed to be looking for a fee in the region of €40 million.