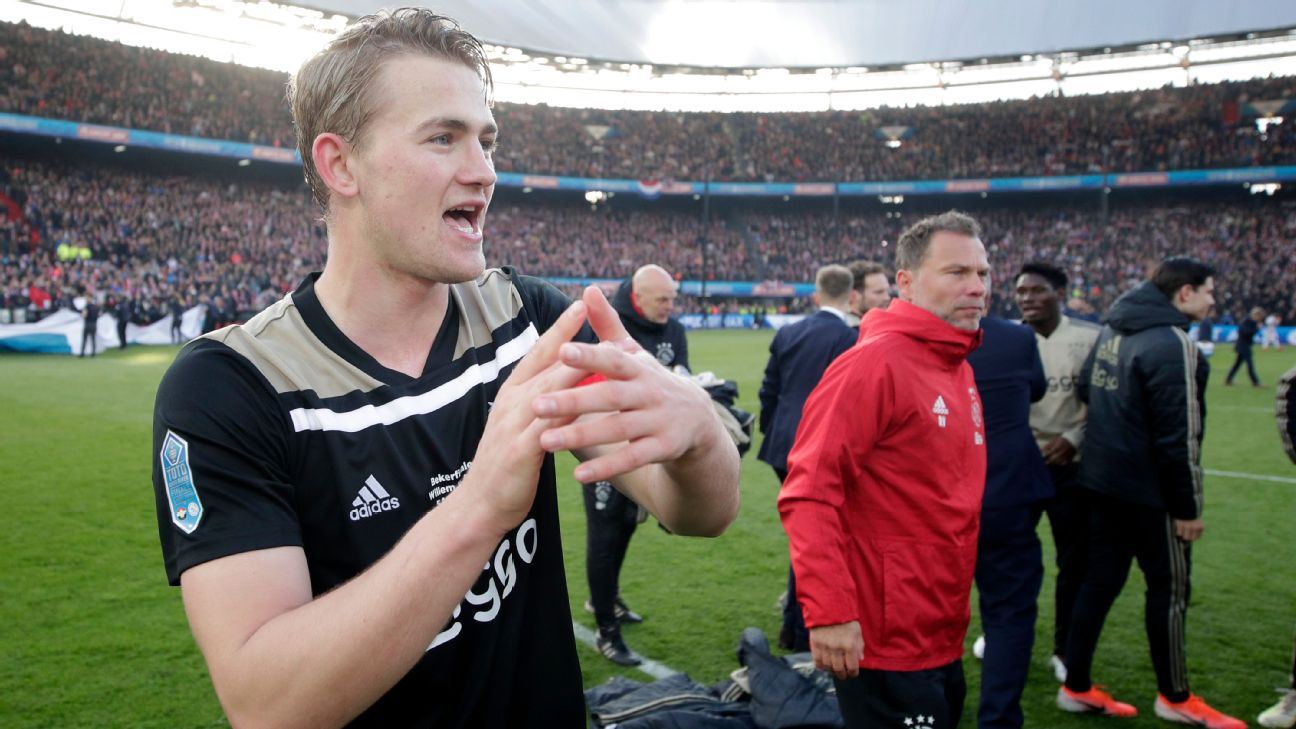 Matthijs de Ligt arrived to Juventus on Tuesday night ahead of the star defender’s expected signing with the Italian champions.

While his move from Dutch club Ajax has yet to be officially announced, Juventus posted on their social media a video of de Ligt getting off a plane in Turin and saying “I am really happy to be here.”

Although Ajax lost to Spurs in the Champions League, de Ligt did win the Eredivisie title and Dutch Cup as part of a side that also featured Frenkie De Jong, who has since joined Barcelona.

De Ligt will link up with former Chelsea coach Maurizio Sarri at Juve and fellow new signings Adrien Rabiot and Aaron Ramsey as the Bianconeri aim to win a ninth straight Scudetto.

Reports suggested the teenager has agreed a deal that will see him earn over £10 million a season in Italy.

He revealed in June that Cristiano Ronaldo had asked him about a move to Juventus following Portugal’s Nations League win over Netherlands.

“I didn’t understand him at first. I was a little shocked, so I laughed. But I didn’t say anything,” de Ligt said.

“So soon after the game you are not at all concerned with it. You are disappointed that you have lost and that is the only thing you are thinking about.”