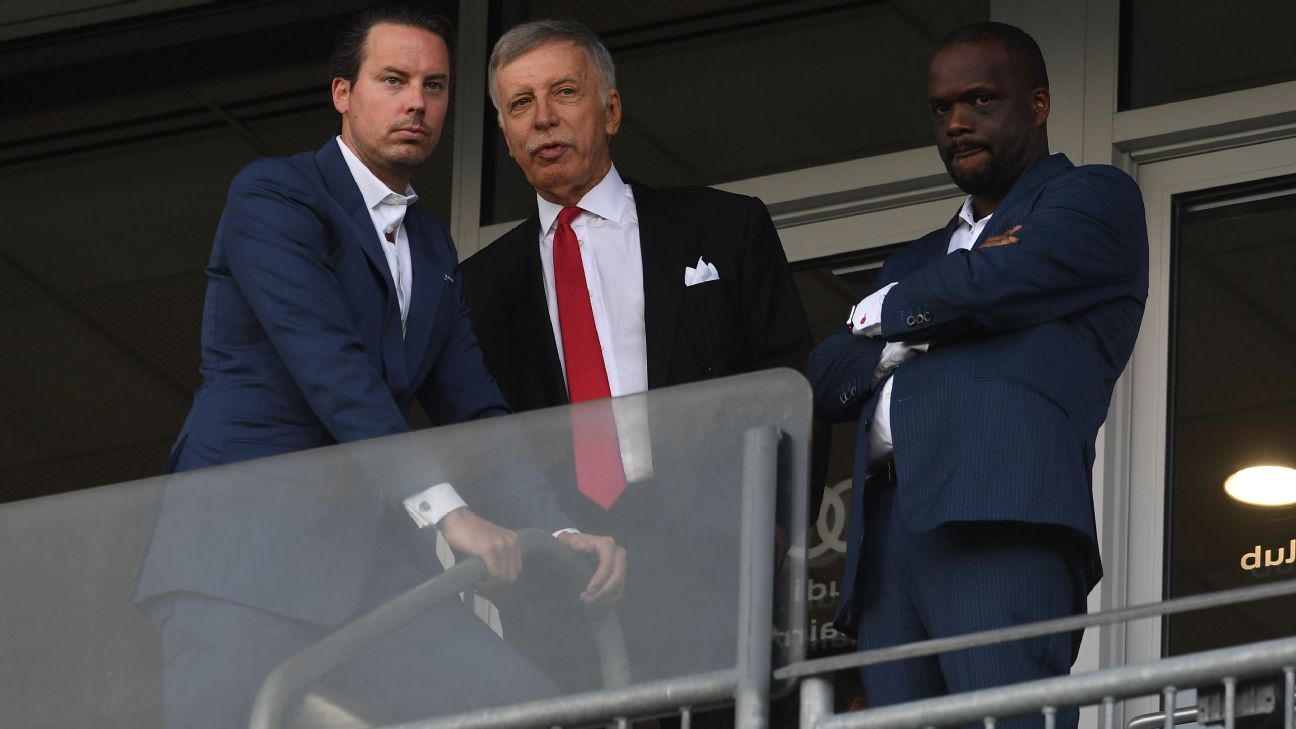 The son of Arsenal owner Stan Kroenke admitted that the club are not in the position to compete for trophies this season amid growing unrest among the team’s supporters worldwide, but added that silverware is still ultimately the goal in the very near future.

Kroenke, and the Kroenke Sports & Entertainment (KSE) that owns Arsenal, was criticised by Arsenal supporters’ groups on Monday in a two-page letter that labelled the American billionaire “passive” and “absent” and using the club as an “investment vehicle.”

In response, Josh Kroenke – the vice-chairman of KSE and son of owner Stan — said that the club is no longer able to compete for top trophies right now but are working their way back, while adding that he felt the disappointment of the fans and the team.

“As much as we would love to say that we’ll be competing for the top trophies tomorrow, we know that that’s not the case and that we have to get to work on that,” Kroenke said in an interview on the club’s website. He prefaced that comment by saying Arsenal’s goal is still to win silverware.

Kroenke said he is confident in the “significant changes” in the last 18 months — like the addition of a first-ever technical director in former midfielder Edu — to lay the foundations to allow the club to achieve their goal of eventually winning silverware again.

“From our coaching staff to our management, there have been significant changes that have gone on and I’m really excited to let those foundations continue to grow and take shape to build a successful future for Arsenal.

“[We’ve appointed] Per Mertesacker, and most recently we appointed Edu — so we have a technical director for the first time in the history of Arsenal. We have a man who has Arsenal DNA. We have an Invincible.”

Arsenal finished fifth in the Premier League last season, one point behind North London rivals Spurs who came in fourth, in head coach Unai Emery’s first season in charge after taking over from longtime boss Arsene Wenger. The Gunners will compete in the Europa League again this season, having lost in the final of last year’s competition to Chelsea in Baku.

Kroenke told fans to be excited about upcoming signings this summer, saying: “There are a few things that I know our group are working on, and a few things we hopefully have on the doorstep.”

Arsenal’s only signing this summer is Brazilian teenager Gabriel Martinelli, while Aaron Ramsey left for Juventus and captain Laurent Koscielny is on strike.

Stan Kroenke first invested in Arsenal in 2007 and went on to become majority shareholder in 2011.

Arsenal have not won the Premier League since 2004, with their last trophy being the FA Cup in 2017. The 2019-20 season will be their third in a row without Champions League football.