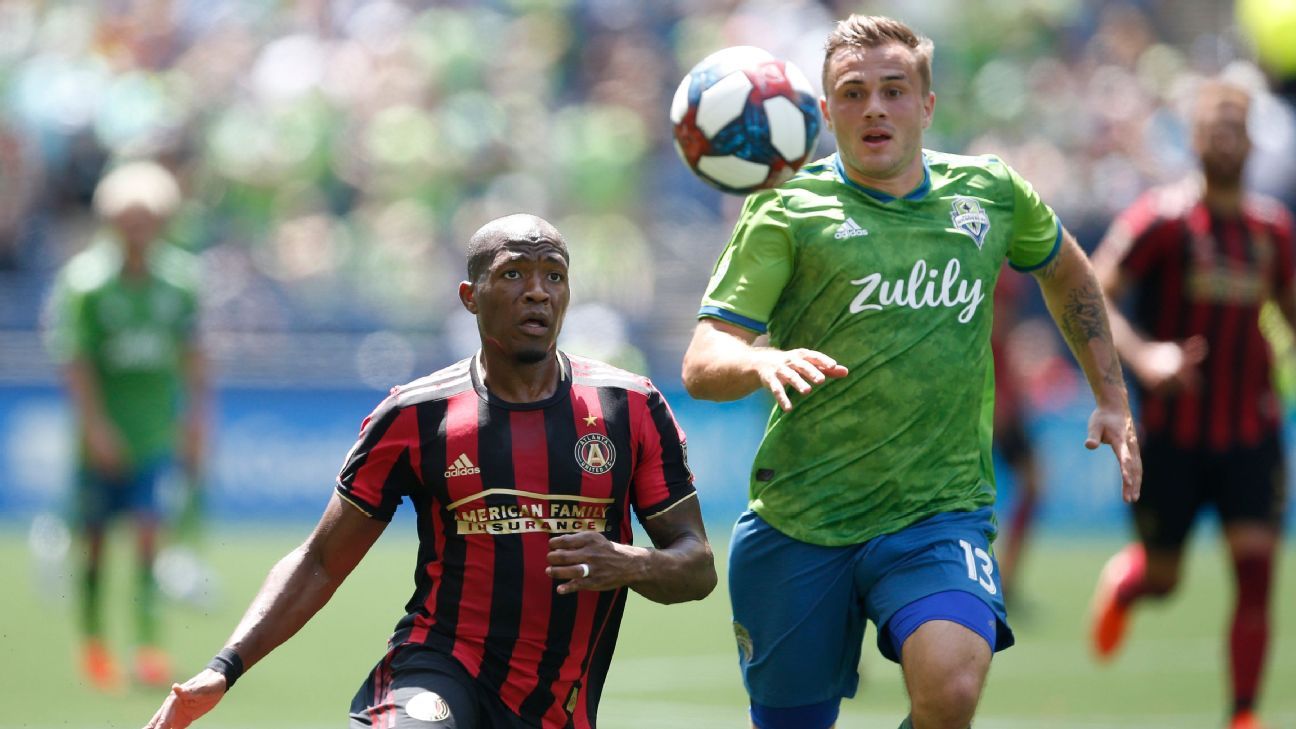 Harry Shipp got the go-ahead goal in the 71st minute, capping a 13-minute flurry during which all three goals were scored, as the Seattle Sounders remained undefeated at home this season with a 2-1 victory against Atlanta United.

Raul Ruidiaz also scored as the Sounders (35 points) improved to 8-0-2 at CenturyLink Field and moved into second place in the Western Conference.

Josef Martinez tallied for defending MLS Cup champion Atlanta (30 points), which missed a chance to move into second place in the Eastern Conference. The Five Stripes appeared to have broken a scoreless tie in the 49th minute, but Pity Martinez’s goal was waved off because of an offsides flag that was confirmed by video review.

With the score tied 1-1, Seattle’s Nicolas Lodeiro played a ball down the right wing for Jordan Morris. Morris drove near the end line and sent a cross to the far post to a wide-open Shipp, whose header took one hop and into the right side of the net behind Atlanta goalkeeper Brad Guzan, who was scrambling across the goalmouth to protect the yawning left side.

Ruidiaz opened the scoring in the 58th minute on a mesmerizing run into the box after taking a pass from Cristian Roldan. Ruidiaz chested the ball past one defender at the top of the 18-yard area, flicked it over another and put a right-footed half-volley from just outside the top of the 6-yard box past a charging Guzan and into the left side of the net.

Atlanta tied the score in the 65th minute as Josef Martinez, the league’s reigning Golden Boot Award winner, headed home a corner kick from Pity Martinez. Josef Martinez made a run to the near post at the top of the 6-yard box and flicked the ball with force into the upper left corner of the net.

Guzan made four saves for the Five Stripes while Seattle goalie Stefan Frei was forced to make just one.

It was the first time in three career meetings between the teams that the match didn’t end in a draw.