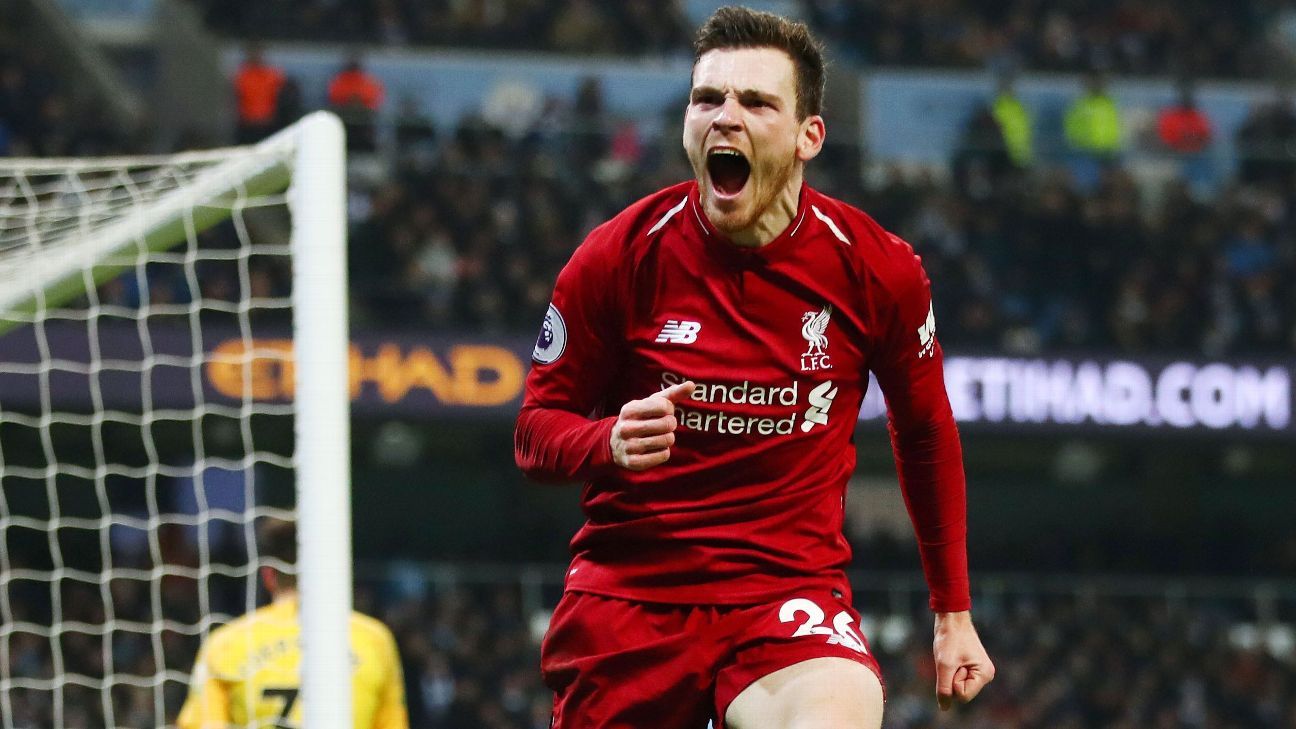 Jurgen Klopp has maintained Liverpool will keep their options open regarding recruiting a left-back as cover for Andrew Robertson during the summer transfer window.

The Scotland captain, one of the club’s standout players during a remarkable 2018-19 season, underwent minor surgery on his hand after picking up an infection from an insect bite.

He will be back in training soon and will travel out to the United States with the squad, but Klopp is still deciding whether to scout the market for an understudy to the 25-year-old for the new campaign or to promote from within.

Liverpool lost Alberto Moreno to Villarreal on a free transfer this summer, while Yasser Larouci and Adam Lewis have both been given the opportunity to impress in the position during the preseason wins over Tranmere Rovers and Bradford City.

James Milner and Joe Gomez have also been stationed at left-back for the Reds and could be asked to fill in again.

“I said already, we have to think about everything, and in the end maybe we do nothing, but we will see,” the manager said in the aftermath of the 3-1 friendly victory at Valley Parade.

“As you can imagine, we will have a look at all the things around us. Of course we have lost a left-back [Moreno], and today you saw two pretty young ones [Larouci and Lewis], while James [Milner] has played it and all that stuff.”

In midfield, meanwhile, Klopp has utilised Adam Lallana in a deeper role and explained his thinking behind the tactical switch.

“He is this kind of player, he can play that, no problem,” Klopp said.

“He enjoys it obviously a lot! It’s about getting Adam the rhythm, bringing the things he is naturally good in: small spaces, keeping the ball, passing the ball and all that stuff, and then from time to time offering the runs in behind as well — especially together with Millie [Milner] that’s possible.

“For us it’s another option to use. He just needs a bit of luck now [in terms of avoiding injury], that’s true. We have to come through [preseason] without injuries, that would be cool, and we have a couple of ‘new’ players I would say, this season.”