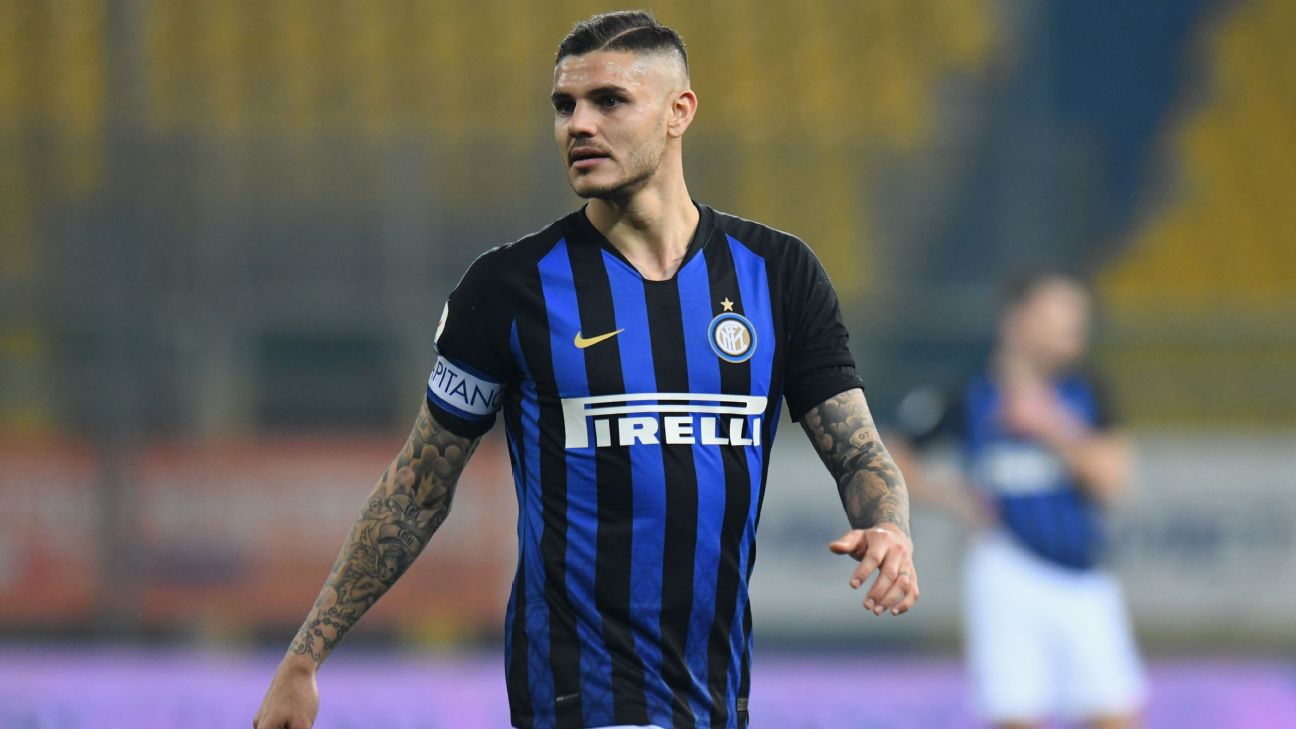 Inter Milan have sent striker Mauro Icardi back home while confirming that he will not participate in their summer tour in Asia, the club announced on Saturday.

The club is training in Switzerland before traveling for upcoming friendlies against Manchester United, Juventus, Paris Saint-Germain, Tottenham and Valencia.

The departure of former captain Icardi could finally see his last days with the Nerazzurri. He was stripped of his captaincy during the 2018-19 season and briefly suspended after tensions with the club.

In a tweet on Saturday, Inter Milan said the decision with Icardi came by “mutual agreement.”

.@MauroIcardi will today return to Milan from our training camp in Lugano. The club and the striker have come to this decision by mutual agreement. Icardi will continue his pre-season training over the next few days and will take no part in our Summer Tour in Asia.#FCIM

Inter Milan have been heavily linked with United star Romelu Lukaku, who was held out the Red Devils’ preseason match against Perth Glory with an undisclosed injury.

The Belgian — who said “you will know something next week” as he walked past reporters following the 2-0 win — is wanted by Inter and United boss Ole Gunnar Solskjaer refused to confirm after the match whether or not the striker will still be at Old Trafford next season.