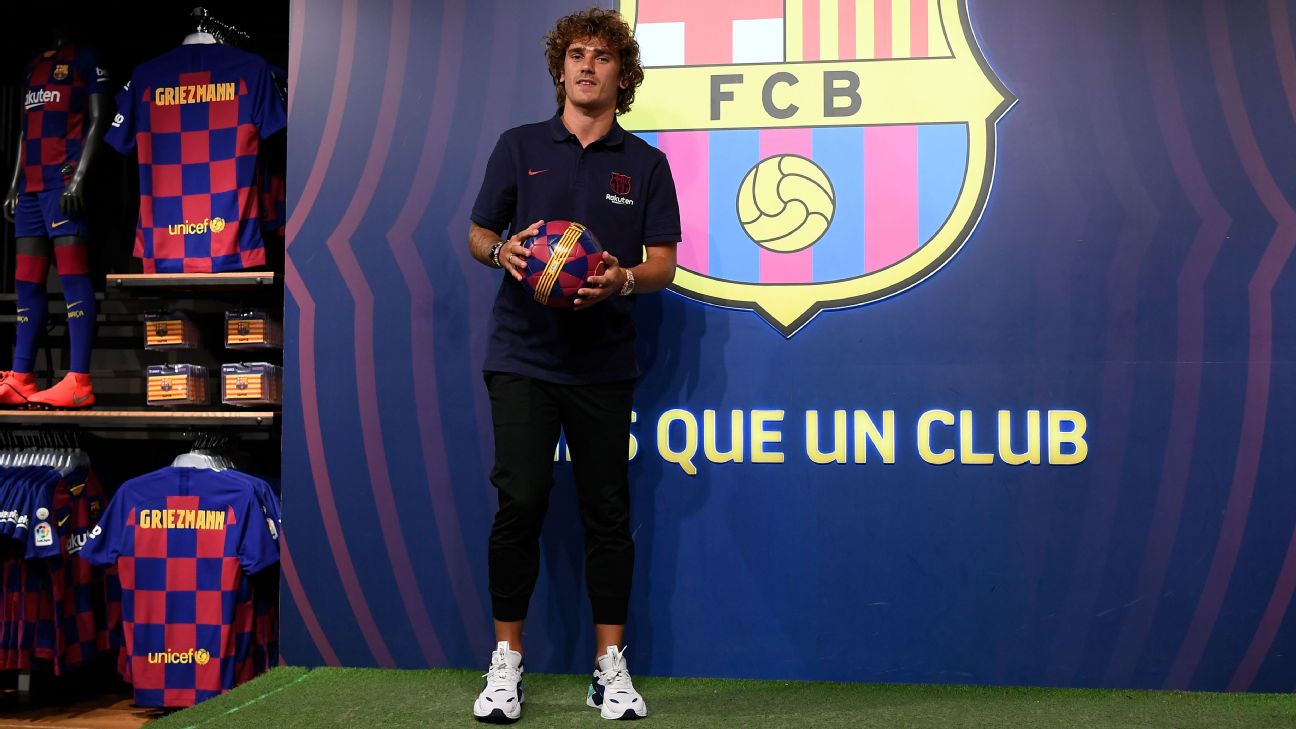 BARCELONA — Barcelona president Josep Maria Bartomeu does not believe Atletico Madrid’s demand for the Catalan club to pay them an additional €80 million for Antoine Griezmann has any foundation.

Barca announced the signing of Griezmann on Friday after depositing his €120m release clause with La Liga. Atletico responded furiously, though, claiming that the Spanish champions should have paid them €200m — which was the forward’s clause before it almost halved on July 1.

Atletico say they have evidence that Barca negotiated a pre-contract agreement with the player as long ago as March, so they feel they are due the release clause which corresponds with that date.

However, Bartomeu remains relaxed despite the threats from Atletico, who he says he has been in touch with over the weekend.

“We’ve spoken with them and they don’t have evidence of anything,” he said at Griezmann’s presentation on Sunday. “But I understand that they have to defend their interests, as we do.

“We’ve been chatting with their president, Enrique Cerezo, and we will see how things evolve, but I don’t think they can do anything. There were no negotiations with the player in March or April. We started speaking about [the transfer] when he announced he would leave Atletico in May.

“Even then, we didn’t speak with him. He was with the French national team, and we spoke to his people.”

Despite the fact the clause dropped to €120m on July 1, Barca waited until July 12 to pay. The club had to find the money to pay the operation in full due to Atletico’s rejection of a payment plan.

“We had to ask for a loan to the value of €35m which will be paid back within six months,” Bartomeu explained. “The other €85m is from money which is due from player sales.”

The recent sales of the likes of Andre Gomes to Everton and Denis Suarez to Celta Vigo are included within that €85m.

Sources have confirmed to ESPN FC that Atletico coach Diego Simeone wanted Barcelona right-back Nelson Semedo to be included in any deal. It was at that point that Barcelona dropped out of negotiations and decided to deposit the release clause with La Liga.