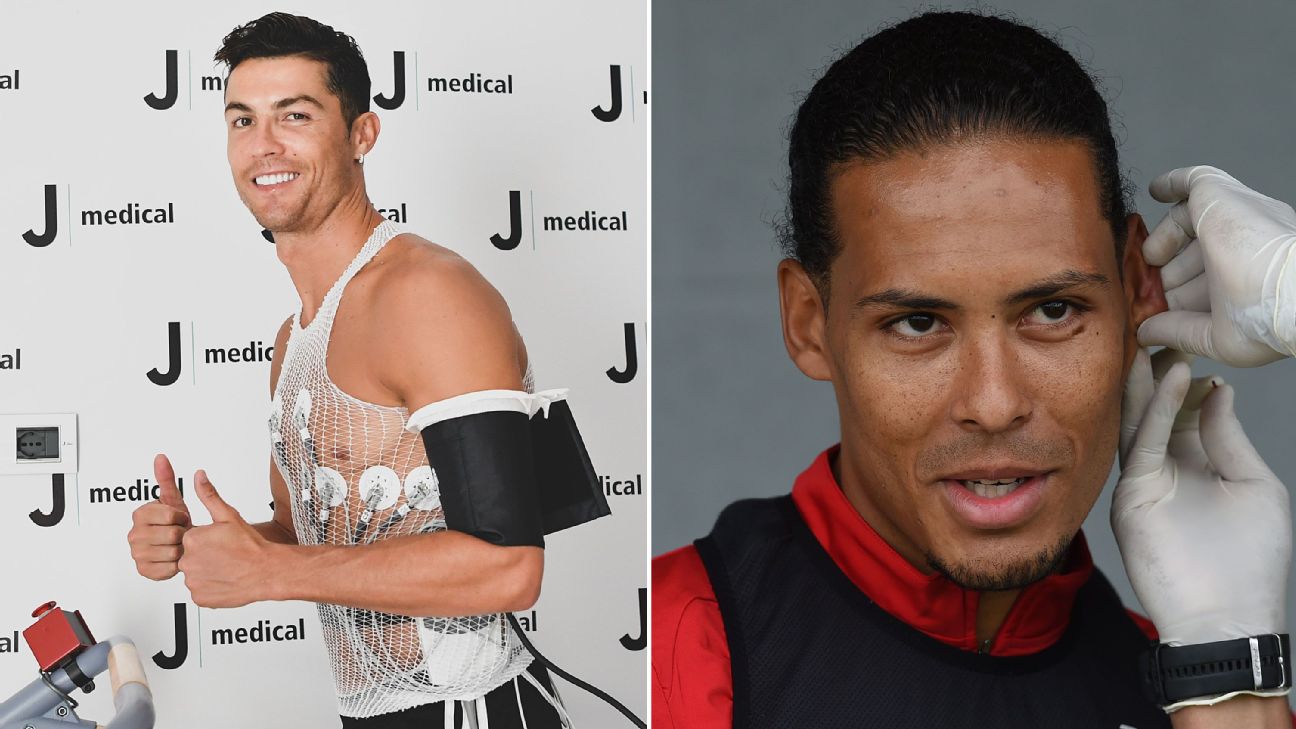 After getting a few extra days off following their UEFA Nations League exploits, Cristiano Ronaldo and Virgil van Dijk both reported for duty on Saturday to prepare for the 2019-20 season.

Ronaldo was greeted by dozens of Juventus when he arrived at the club’s training facility, while Van Dijk was met by fewer people but no less enthusiasm as Liverpool boss Jurgen Klopp and captain Jordan Henderson welcomed the defender back to Melwood.

With less than a month until club football is back, the duo join the rest of the stars at Europe’s top clubs getting back into shape.

Bradford City have given one of the four ends of their ground an unusual new name — The Mamma Mia Stand.

But the re-christening is not in tribute to the music of Agnetha, Bjorn, Benny and Anni-Frid. Nor is it in deference to the hit movie franchise of the same name, based on the ABBA stage musical.

📰 BREAKING NEWS | We are delighted to announce the launch of The Mamma Mia Stand, as part of an improved two-year partnership with #Bradford‘s leading authentic Italian restaurant!

No, it is in fact part of a renewed deal with “Bradford’s leading authentic Italian restaurant.”