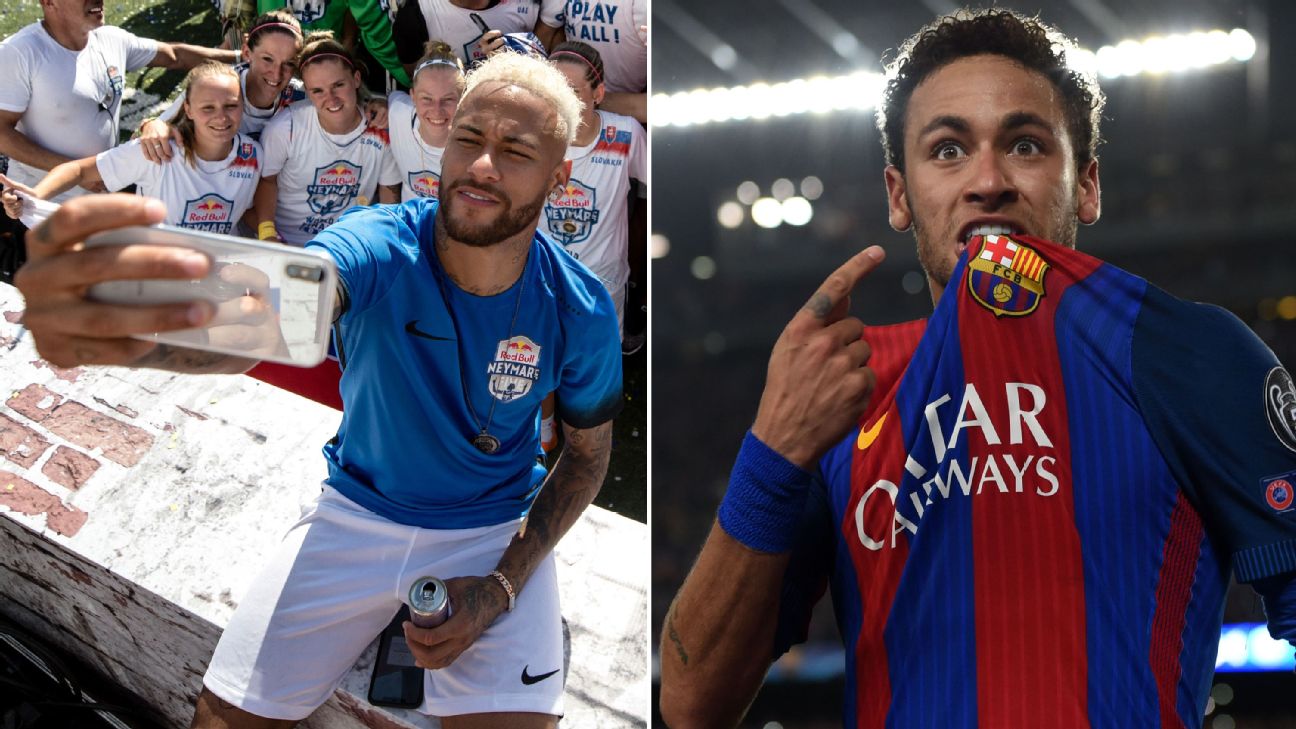 Neymar appears to have taken his bid to leave Paris Saint-Germain and return to Barcelona up a couple of notches this weekend with one cryptic message and another that was, well, quite blatant.

Firstly on Saturday, the Brazil international posted a short video on his Instagram story that briefly showed a black-and-white image of himself in a Barcelona shirt and a quote from the Bible.

The passage in Portuguese, from the Book of Isaiah, began: “No weapon formed against you shall prosper, and every tongue which rises against you in judgment you shall condemn.”

Neymar has been in Brazil this summer watching his national team’s victorious Copa America campaign, which he missed through injury.

The 27-year-old was also attending his annual 5-a-side tournament at the Instituto Projeto Neymar Jr in Praia Grande this weekend.

While there, he gave a Q&A to Oh My Goal, during which he was asked what his most special memory as a footballer was. So, naturally, he cited his current employer’s most infamous failure, the 6-1 Champions League loss to Barca in 2017, of which he was one of the key architects in his final season at the Spanish club.

Neymar: “My best memory as a footballer? When we won against PSG with FC Barcelona”

“Secondly, the “Remontada” against Paris.” Uh oh. “What we felt when we scored the sixth goal I never felt something like this, it was incredible,”

When asked to name his most treasured moment from the locker room in his career, Neymar doubled down by saying: “Well, when we won against PSG with Barcelona it was completely… we all went crazy afterwards.

“I believe it was the best possible feeling for all of us.”

Neymar is due to report for preseason training with PSG on Monday, which could awkward…

Szczesny: I lost €100 bet with Messi over pen
Sources: Pele had COVID before going to hospital
Sources: Barca to appeal Lewandowski’s ban
Neymar set to return for Brazil against S. Korea
Morocco reach round of 16 as Canada’s World Cup ends with calamity