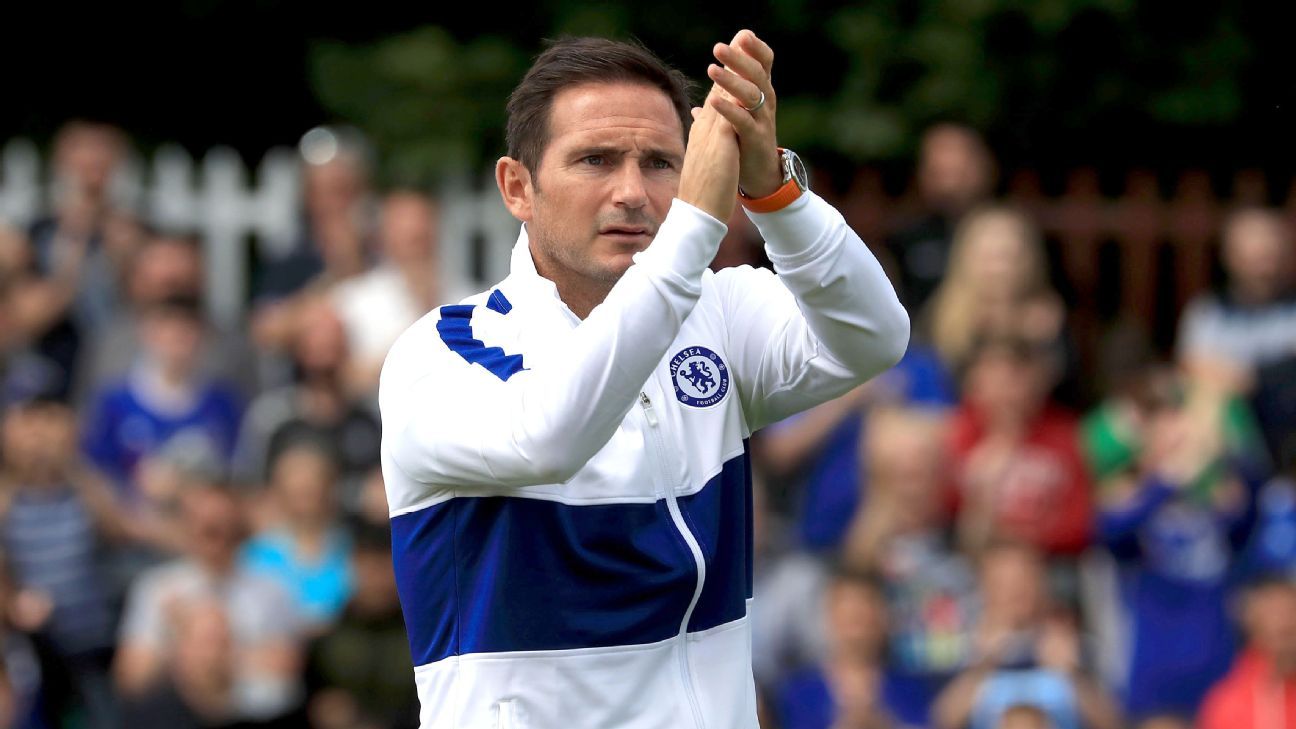 Frank Lampard claimed his first win as Chelsea manager at the second attempt with a comfortable 4-0 victory at Irish club St Patrick’s Athletic on Saturday.

First-half goals from Mason Mount and Emerson Palmieri were followed up with an Olivier Giroud brace after the break, sealing the win at Richmond Park in Dublin after the Blues were held to a 1-1 draw on Wednesday at Bohemians.

Mount, who scored 11 times for Lampard during his loan spell at Derby County last season, got Chelsea off the mark with 15 minutes played when he latched on to Jorginho‘s through ball and slotted past goalkeeper Barry Murphy for his first ever Chelsea goal.

Emerson doubled the lead just past the half-hour mark when he made the most of the time afforded him on the edge of the box to hit a low strike from range past Murphy, who did not respond quickly enough to parry the full-back’s shot.

Lampard made the full complement of changes at the break, and his new-look XI took until midway through the second half to add to the scoreline when Kenedy’s cross from the left was guided home by Giroud on the half-volley.

The France striker got his second and Chelsea’s fourth as full-time approached, turning in from the left flank with the ball at his feet and finishing into the far bottom corner.

Chelsea will now travel to Japan where they face Kawasaki Frontale on July 19.