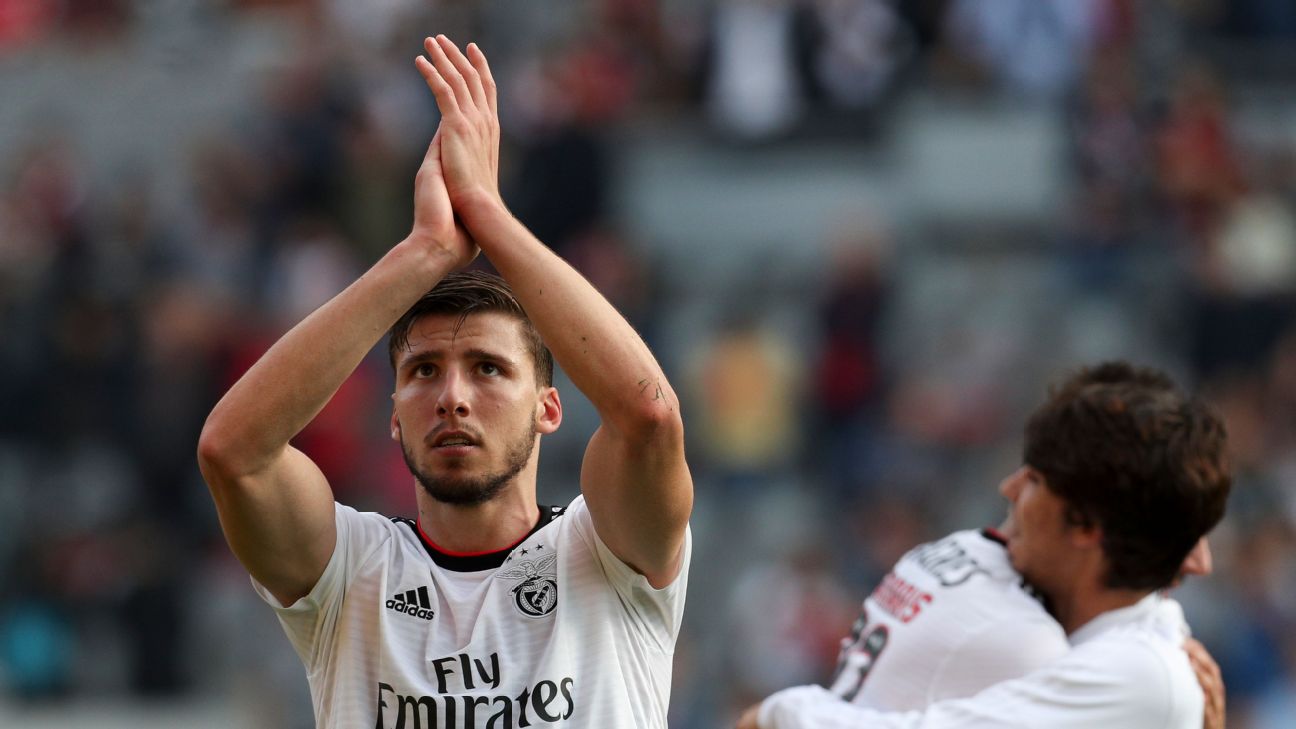 With Laurent Koscielny not turning up for Arsenal’s preseason tour of the U.S., the Gunners suddenly find themselves light in experience when it comes to the heart of defence. And so, to the market the club turns.

The Mail reports that the North London side have turned their attentions to Benfica centre-back Ruben Dias — again. Arsenal reportedly considered a move for the Portugal international at the start of this window, but abandoned the idea because of cost.

The Portugal international has a buyout clause of £54 million, and with a reported transfer budget of a measly £40m, it’s hard to see the maths adding up to a deal in the Gunners’ favour. But try they will, as the report suggests they will attempt to negotiate a lower initial fee with further add-ons.

With Koscielny essentially on strike and Arsenal looking to rid themselves of Shkodran Mustafi, they’ll need to find a way to add defensive reinforcements — and fast.

With sources telling ESPN FC that Manchester United is valued at Paul Pogba at £150m, it seems as though Romelu Lukaku is also unlikely to leave due to a pretty hefty price tag.

Lukaku will be staying despite the reports linking him to Inter Milan due to a £90m valuation, according to the Telegraph.

Inter, who had been thought to be interested in the Belgian partly due to the appointment of Antonio Conte as manager, have proposed £9m to loan him for two seasons then an obligation to buy at £53.7 million.

– Everton may be looking at Manchester City’s Fabian Delph, according to Sky Sports. Delph has racked up six trophies in his four years at the Etihad, but looks to be inching toward a move to Goodison Park for around £9m.

– West Ham missed out on Maxi Gomez, and Callum Wilson, and Duvan Zapata, but the Mail writes that the Hammers expect to finalise a £36m deal for Eintracht Frankfurt forward Sebastien Haller in the coming days — despite only registering their interest on Wednesday.

England’s Sterling ruled out due to ‘family matter’
England ‘ready’ to compete for trophies – Lloris
Portugal coach blasts Ronaldo for sub reaction
The US accomplished a lot in Qatar, but left everyone wanting more
Giroud passes Henry as France’s all-time scorer