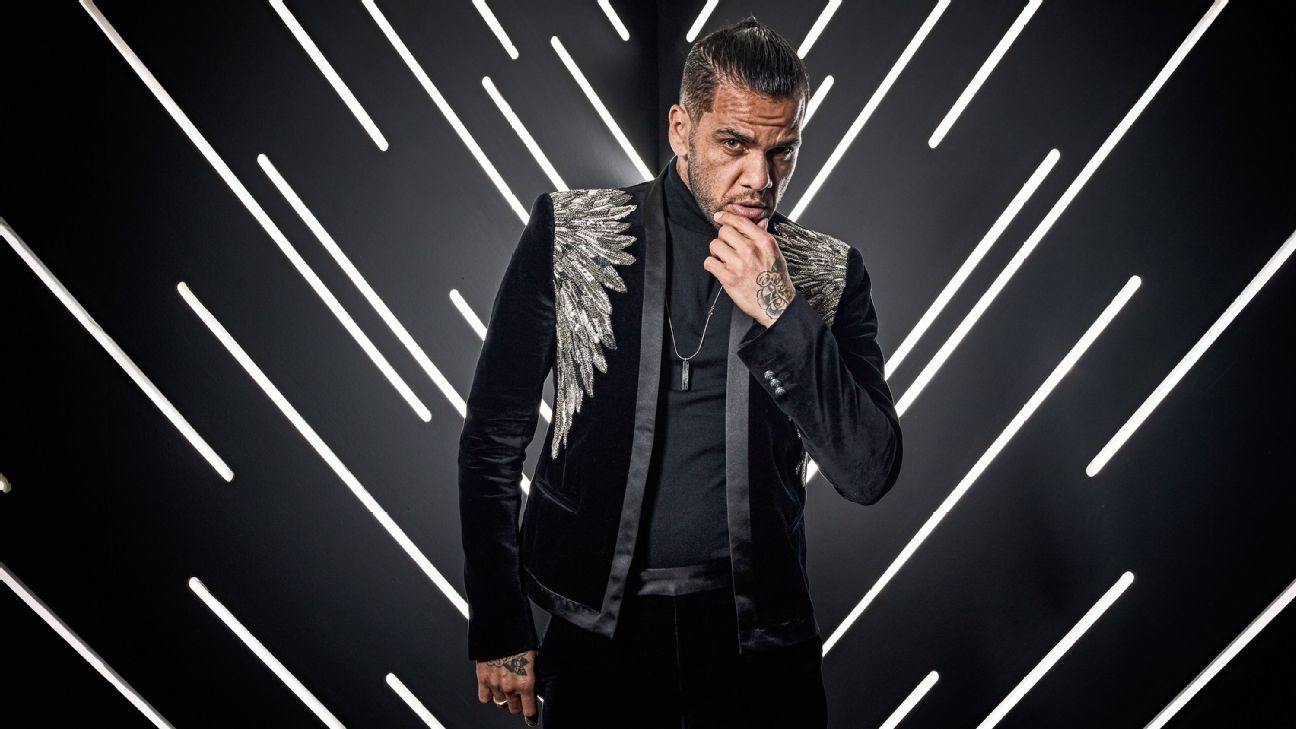 Pep Guardiola is considering bringing former Barcelona star Dani Alves to Manchester City this summer, according to the Daily Mail.

Guardiola signed Alves from Sevilla in 2008, and over the course of four seasons they won 14 trophies together at the Camp Nou including two Champions Leagues and three Spanish league titles.

Veteran right-back Alves is a free agent, having ended his two-year spell at Paris Saint-Germain. The 36-year-old made 36 appearances last season, including all six of Brazil’s games in their run to Copa America glory on home soil this summer.

The Mail reports that Guardiola is considering signing Alves if the defender’s fellow Brazilian, Danilo, leaves the club this summer. The 27-year-old Danilo has been linked with interest from Inter Milan and Juventus, another of Alves’ former clubs.

Alves considered joining City in 2017, before opting to join PSG. However, he said in an interview later that year: “I don’t hide my admiration for Pep and my will to play in the Premier League in the future.”

– What if big stars like Mbappe opted for free agency?
– When does the transfer window close?
– Top European league honours 2018-19

08.00 BST: Argentina international Nicolas Tagliafico has committed to stay at Ajax having been rewarded for his contribution to their excellent Champions League run last season, a source close to player has told ESPN FC.

Left-back Tagliafico, 26, scored three times in the 2018/19 UCL group stages, then helped Ajax stun Madrid and Juventus before they were edged out in the semifinals by Tottenham, leading to confirmed interest from clubs including Real Madrid, Atletico Madrid and Arsenal.

However, a source has now told ESPN FC that Tagliafico will not be looking to move on this summer, having been rewarded with a new contract by Ajax, and being happy that other key players like Dusan Tadic have decided to stay as well.

With just a year remaining on his contract and a €25m buyout clause, Toby Alderweireld has been an intriguing protagonist in this transfer window. The Tottenham centre-back has been linked with moves to Manchester United and Juventus in recent months, yet he remains in North London.

Calciomercato, however, reports that there is a new suitor: Roma. The Italian outlet writes that the Giallorossi have already met with the agent of the Belgium international, offering his client an annual salary of €3.5m plus bonuses.

There could be a complication, however. Despite Alderweireld having that relatively affordable €25m release clause, Roma seek to negotiate that number down to something closer to €17m — at the age of 30, Alderweireld will soon have little resale value, making any funds saved on his fee vital.

Paris Saint-Germain look set to test Everton’s determination to keep hold of Idrissa Gueye, with the French champions ready to table a bid of £27 million for the player.

That’s according to L’Equipe, with the French publication adamant that PSG won’t give up in their interest in a player they first started chasing back in the winter transfer window.

The Senegalese player is reportedly keen on a move to Paris and PSG boss Thomas Tuchel has made no secret of his desire to make the strengthening of the club’s midfield an immediate priority as they target progress in the Champions League, on top of fresh domestic silverware next season.

The player is currently under contract at Goodison Park until 2022 and Everton have made it clear that they’re under no particular pressure to sell him. Gueye, meanwhile, might have other ideas, particularly given his performances in the African Nations Cup, with Senegal already safely in the last four.

Mariano adamant on staying at Madrid

Real Madrid striker Mariano Diaz wants to remain at the Bernabeu despite interest from teams all across Europe, according to AS.

He’s already been connected to Italian teams, with Inter Milan and Roma inquiring about him during the summer window. Tottenham Hotspur also were unsuccessful in convincing Mariano to jump ship.

Nonetheless, the Dominican-born Spain international is focused on remaining on Zinedine Zidane’s good side and fighting for a more prominent role this season.

– Bournemouth are prepared to let Ryan Fraser go on a free transfer next summer than sell him this season, according to the Express. The Cherries see him as an important part of the upcoming campaign and rather keep him for the fight. Arsenal have their eyes on the Scotland international, who is on his final year of his current deal.

– As Bayern Munich grow frustrated over the lack of progress made in their chase for Manchester City winger Leroy Sane, they’ve turned their attention to PSV starlet Steven Bergwijn, according to the Express, which adds that the player’s agent has said that “[Bayern] can take all the time they need” to tie up a deal for the 21-year-old Netherlands international.

Pulisic subbed at half-time after scoring vs. Iran
The US accomplished a lot in Qatar, but left everyone wanting more
Belgium coach Martinez to leave after WC exit
No charges over racist chants towards Vinicius
Galaxy fined, president suspended for hidden pay