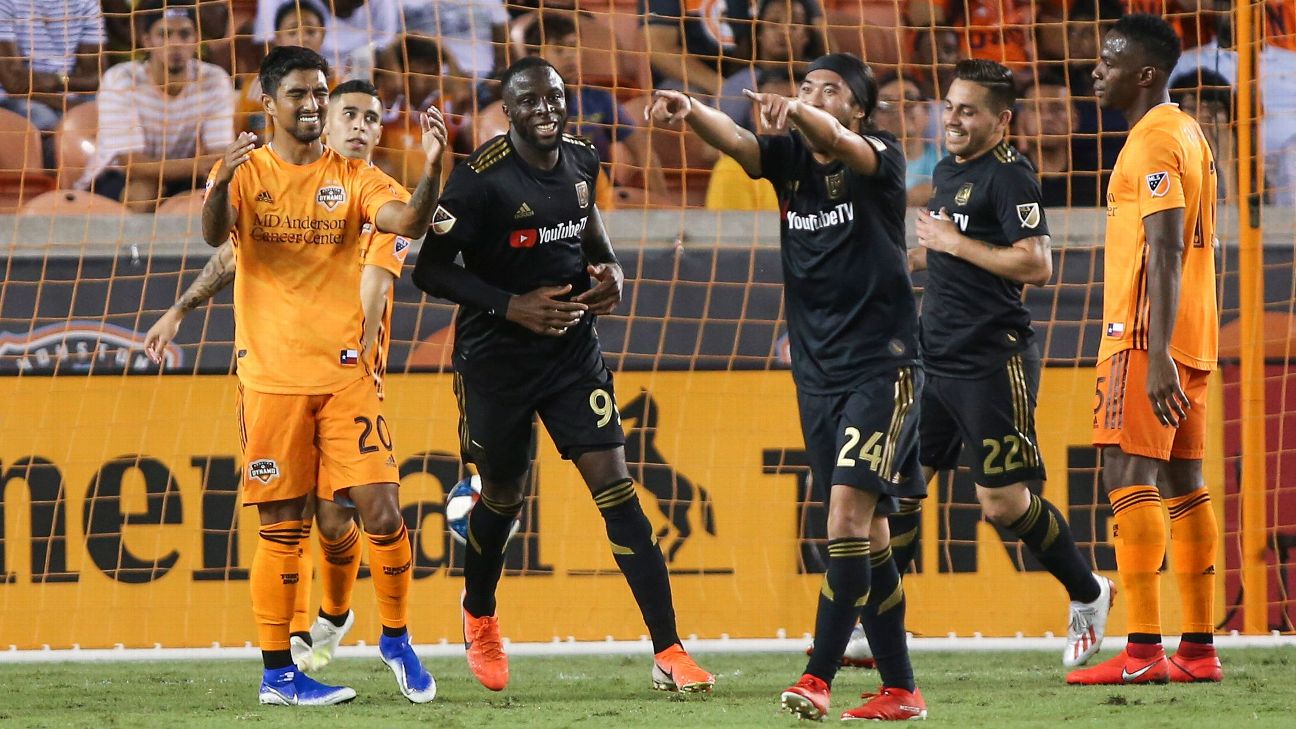 Diego Rossi provided insurance by chipping the ball over a leaping Joe Willis in the 88th minute for LAFC (14-2-4, 46 points), which rebounded after dropping a 1-0 setback to Portland on Wednesday in a U.S. Open Cup quarterfinal match.

LAFC goalkeeper Tyler Miller, who finished with four saves, was aided by an alert play from defender Mohamed El-Munir in the 26th minute. With Miller out of position and Houston’s Alberth Elis staring at an open net, El-Munir neatly gained inside position on the Dynamo forward and kicked the ball of harm’s way.

Romell Quioto scored in the third minute and Willis made five saves for the Dynamo (8-8-3, 27 points), who sustained their first loss at BBVA Stadium (7-1-3) and fell to 1-6-1 in their last eight matches overall.

LAFC forged a tie at 1 in the second minute of injury time in the first half after Nguyen lofted a service for an unchallenged Diomande, whose header from the left side of the box sailed into the right corner of the net.

Diomande wasn’t done as he exchanged passes with Nguyen before his right-footed shot beat Willis inside the left post to give LAFC a 2-1 advantage in the 49th minute. The 29-year-old’s brace upped his goal total to six on the season.

Diomande was unsuccessful in his bid for a hat trick after his shot from the top of the box sailed wide of the goal in the 75th minute.

After surrendering the first three goals in a 3-2 setback to league-worst FC Cincinnati in their last match, the Dynamo bolted out of the blocks on Friday.

Quioto made several quick moves with his feet to cause defender Steven Beitashour to lose his footing before unleashing a left-footed shot that sailed past Miller to open the scoring in the third minute. The goal was the 27-year-old Quioto’s second in as many matches.